MEXICO CITY (Reuters) – Mourners at a Mexico City cemetery on Thursday lamented a lack of stricter measures to control the novel coronavirus which allowed it to spread fast and claim more than 50,000 lives in their country. 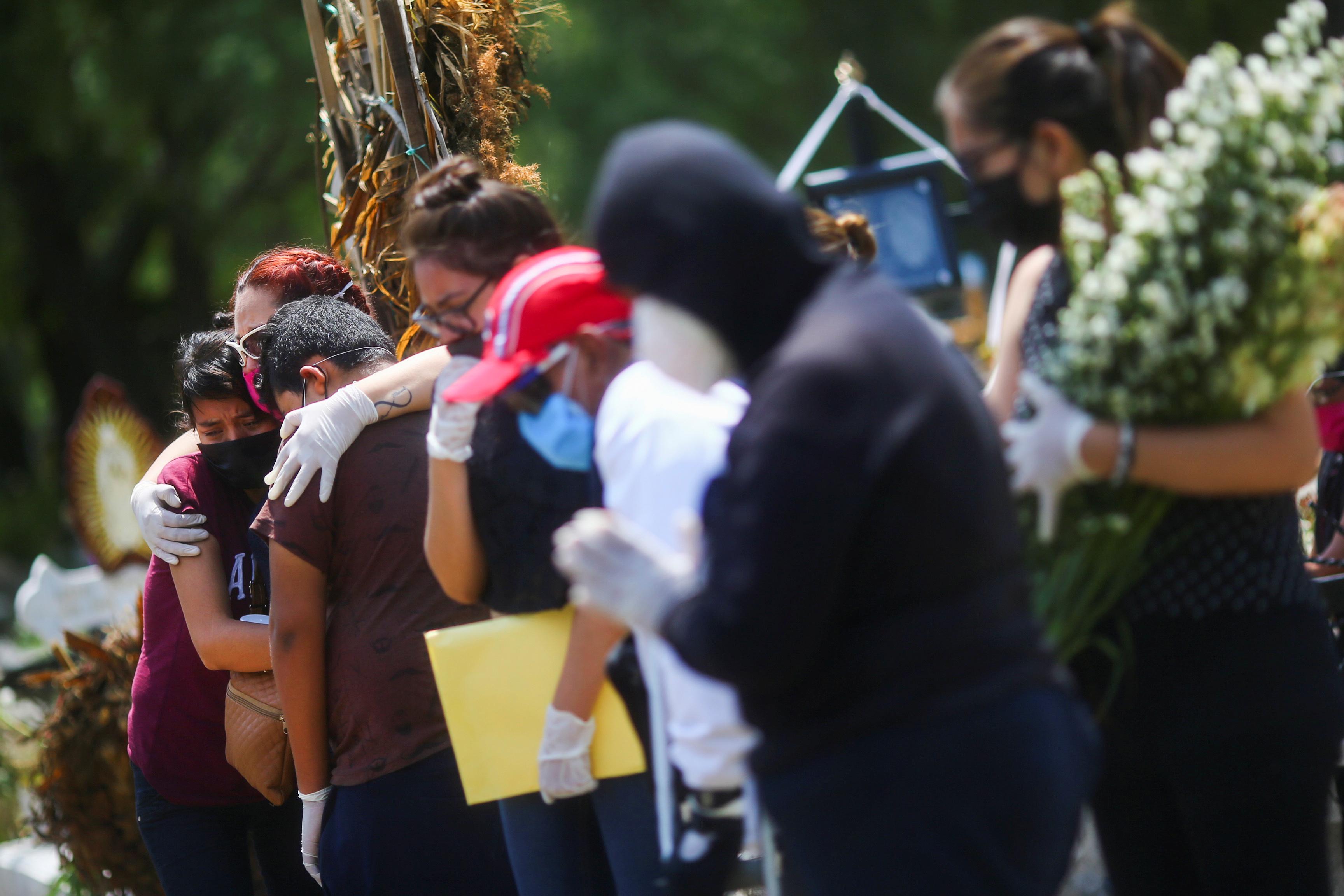 Latin American countries have found it hard to enforce strict lockdowns to curb the spread of COVID-19, in part because a large proportion of its population is poor and works in the informal economy.

“Unfortunately, we are a people who doesn’t obey orders, we do what we please: they tell us to stay locked up and we go out,” said Oscar Torres, a 49-year-old graphic designer, who attended his mother’s burial.

“There’s no strong civic education in Mexico that makes us follow guidelines regarding a disease.”

Torres said 10 members of his family have had COVID-19.

On Thursday, Mexico’s health ministry reported 6,590 new confirmed infections and 819 additional fatalities, bringing the total in the country to 462,690 confirmed cases and 50,517 fatalities.

The virus is spreading quickly; just over two weeks ago, it reported 40,000 deaths.

Mexico’s health ministry has conceded the real numbers of coronavirus cases and associated deaths are likely significantly higher than reported.

“There’s a lack of control in the system when it comes to everything that should have been done prior to this,” she added. “Despite the fact that there are people who understand the risks and take care, there are also people who are irresponsible.”

Mexico has the third-highest death toll worldwide after Brazil and the United States.

Martinez said her country’s health system was in a precarious situation long before the pandemic struck.

“There hasn’t been enough (medical professionals) to attend minor things so of course we aren’t prepared for something as big as this.”

* For an interactive graphic tracking the global spread, open tmsnrt.rs/3aIRuz7 in an external browser.