(Reuters) – Global alarm was sounded on Monday over a potential second wave of coronavirus infections after Germany reported that the reproduction rate of the pathogen had risen above 1, indicating the disease was again spreading just days after the first tentative steps there to reopen the economy. 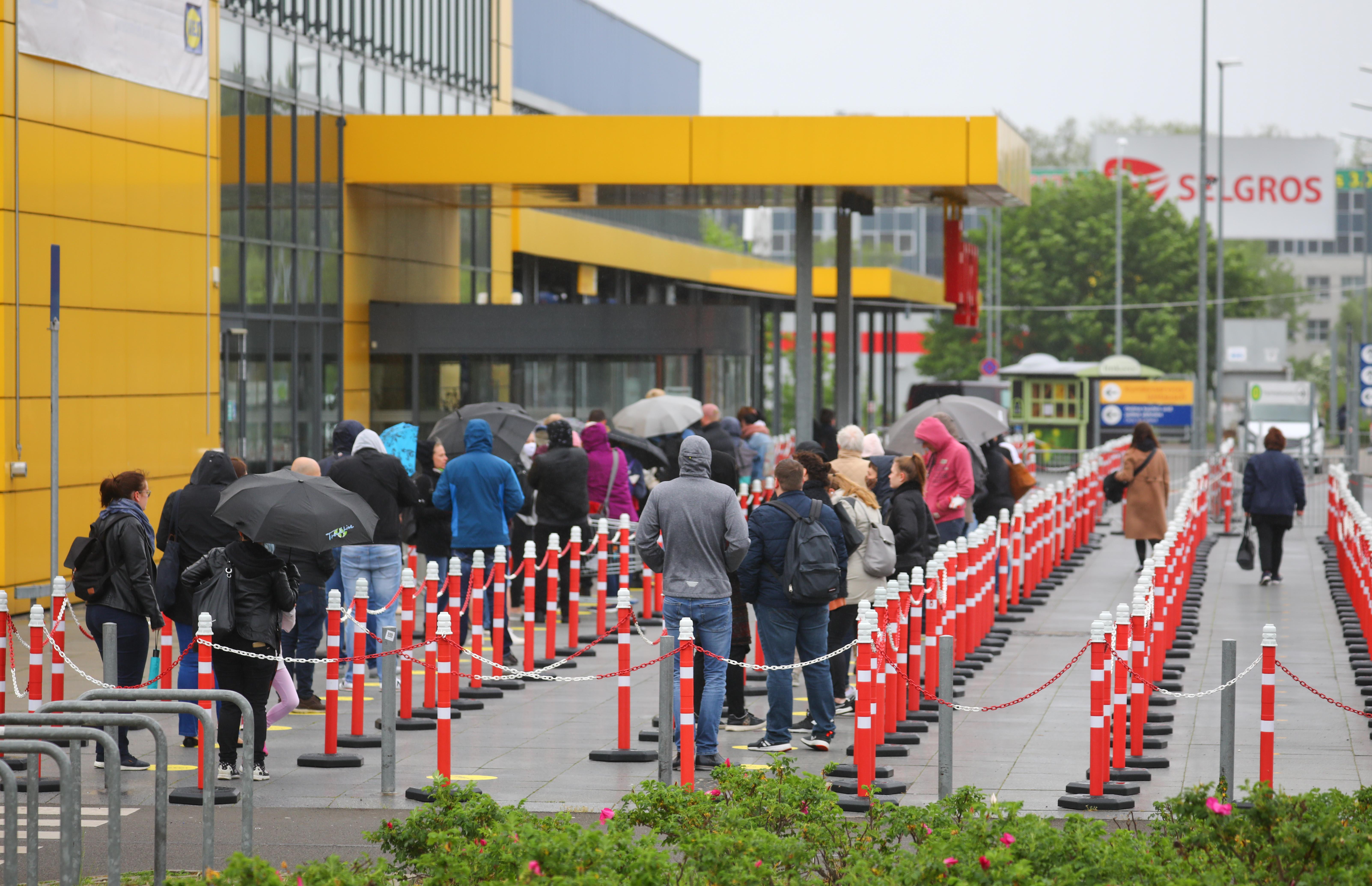 The following explains what a virus reproduction rate is and why it is important in understanding the implications of ending economic lockdowns aimed at containing the spread.

WHAT IS A VIRUS REPRODUCTION RATE

The reproduction rate, or RO (pronounced R-naught), of a virus is a measure of its transmission, or the number of new infections generated by each case. An RO rate of 1, for example, means on average each infected person will infect one other person they come in contact with.

WHAT DOES THE REPRODUCTION RATE INDICATE?

A reproduction rate of less than 1 means that an outbreak is subsiding, since each infected person is transmitting the virus to fewer than one other person.

An RO rate above 1 means the virus is spreading exponentially, with each contagious person infecting more than one other person. An RO of more than 1 is also an indication that hospitals and healthcare systems are vulnerable to becoming overwhelmed.

During the fast-spreading initial outbreak of the coronavirus in Wuhan, China, the reproduction rate was estimated at around 2.5, according to a World Health Organization analysis.

HOW EASY IS IT TO CALCULATE THE REPRODUCTION RATE

Calculating the reproduction rate can be difficult, especially for a large country like the United States, with widely divergent demographic regions.

“In rural Montana, the R-naught might be less than one. In urban areas … it might be R1, or maybe a little bit more than that,” said Dr. William Schaffner, professor of preventive medicine and infectious diseases at Vanderbilt University Medical Center in Nashville.

A lack of capacity for widespread testing would also make it difficult to accurately assess the transmission rate.

WHAT INFLUENCES THE CORONAVIRUS REPRODUCTION RATE?

Population density is a major factor. The virus spreads much more efficiently in densely populated areas. Mitigation efforts, such as social distancing, school and business closures, and wearing of face masks all help drive the RO number down.

The characteristics of the virus itself is another major influence on its RO rate. This new coronavirus has demonstrated an ability to spread more easily than other viruses, such as influenza. It has a median incubation period of about 5 days, compared with 2 days for flu, and people with no symptoms of infection can spread the virus to others. In addition, there has been evidence of transmission from close contact with an infected person even without virus particles spreading through coughing or sneezing.

The level of immunity in a population, either from previous infection with a virus or from vaccination rates will also influence the RO. In this case, there is no approved vaccine and no one had immunity when the virus first emerged.

SHOULD WE BE WORRIED IF THE REPRODUCTION RATE RISES?

The short answer is “yes.” That could be an indication of a new surge of infections.

News that the reproduction rate had climbed back to 1.1 in Germany, which had been held up as a coronavirus mitigation success story, cast a shadow over the reopening of businesses on Monday from Paris hair salons to Shanghai Disneyland, and the easing of restrictions across the United States.

While the political decision to start reopening state and local economies in the United States has already been made, caution is needed, Schaffner stressed.

“If you open up too fast, all of a sudden the medical problems increase,” he said. “It is a delicate balancing act. We shouldn’t move too quickly.”