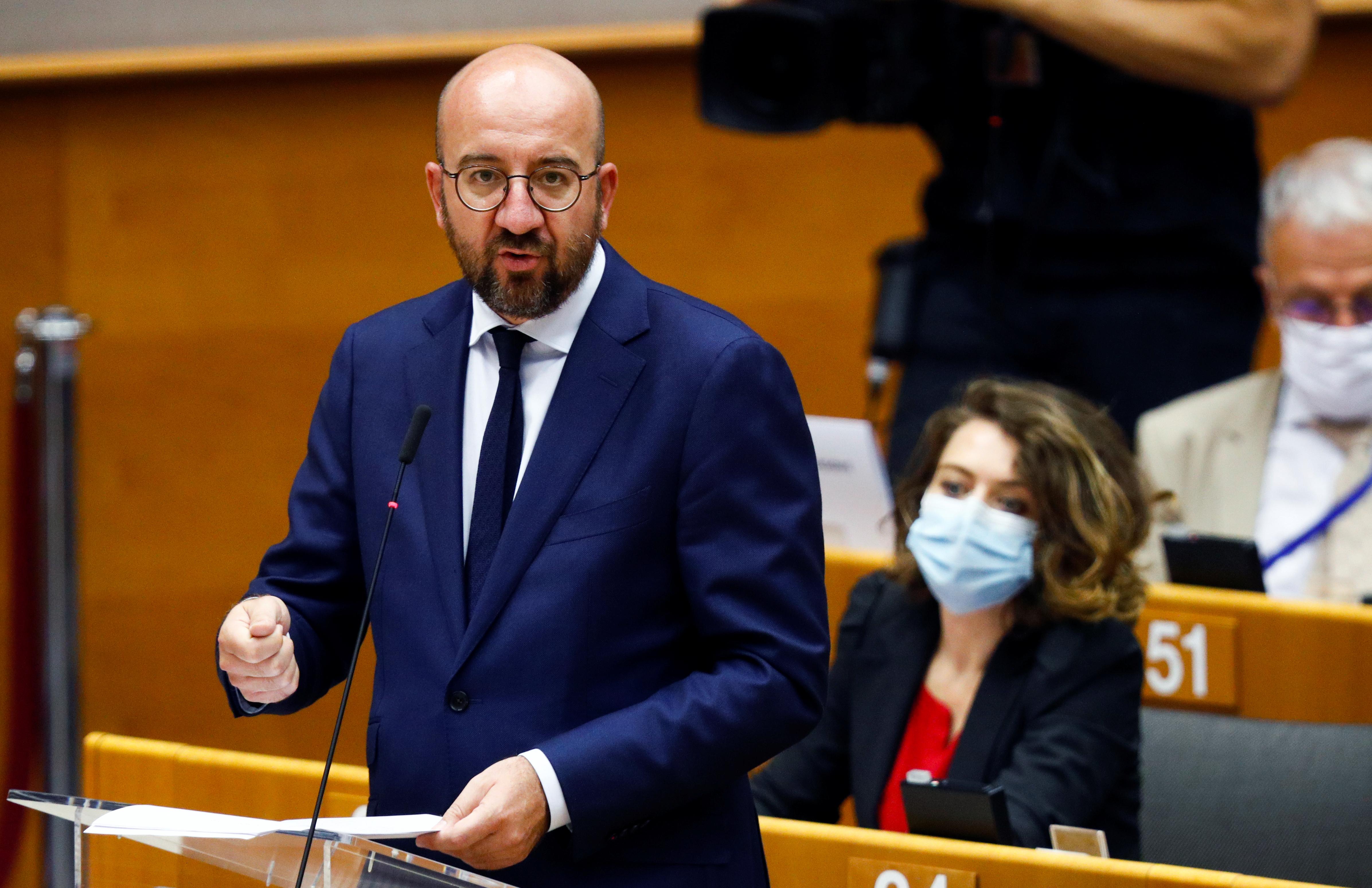 BRUSSELS (Reuters) – European Council President Charles Michel on Friday laid out plans for a long-term EU budget of 1.074 trillion euros and a recovery fund of 750 billion euros for pandemic-hammered economies, the starting point for negotiations at a summit next week.

In a bid to make the bloc’s mass economic stimulus more palatable to thrifty northern member states, Michel proposed maintaining the so-called rebate that these countries receive from their contributions to the budget.