Stability in the EU could be under threat as Italy enters yet more political chaos. Last week, Italy’s Prime Minister Mario Draghi handed in his resignation after failing to keep his coalition of three parties intact. This will now result in a September election to form a new government in Rome. It is looking increasingly likely that a coalition of far-right parties could lead Italy, something that is causing concern in Europe, according to one commentator.

Italy has had a tumultuous few years in politics, with the right-wing populist Five Star Movement, led by Giuseppe Conte, only recently having fallen out of power after a shock win in 2018.

Now, Angela Giuffrida, The Guardian’s Rome correspondent, has given her expert taken on how Europe views the resignation of Mr Draghi, telling the Today In Focus podcast last week: “Dismay, because he was seen as an instrumental partner in tackling Russia’s invasion of Ukraine, but also for the energy crisis, he is a steady pair of hands.

“He is somebody who had restored Italy’s credibility on the world stage, someone they (Europe) could work well with.”

The three parties that could form a far-right coalition government are the Brothers of Italy, League and Forza Italia. 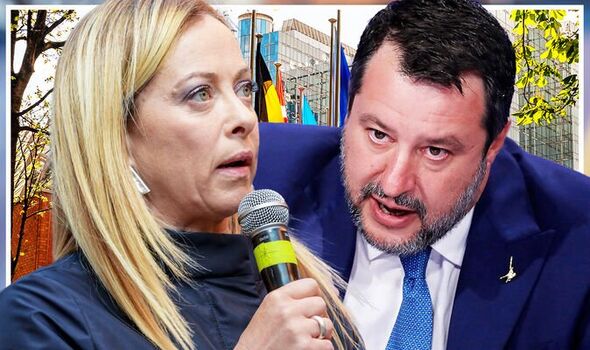 Ms Giuffrida explained how they will benefit from an election in September: “They benefit by going to an early election, they are scoring high in the polls as a coalition. The leader of that coalition is Brothers of Italy, led by Giorgia Meloni.

“That party emerged from a neo-fascist party called the Italian Social Movement – she has been steadily climbing in the polls, she went from having about four percent in the last election in 2018 to having about 23 percent now.

“She runs for election in coalition with the League Party and Forza Italia, together they are tipped to get almost 50 percent of the vote.”

Ms Giuffrida also explained Ms Meloni’s political leanings, including her views on immigration and social issues such as LGBTQ rights. 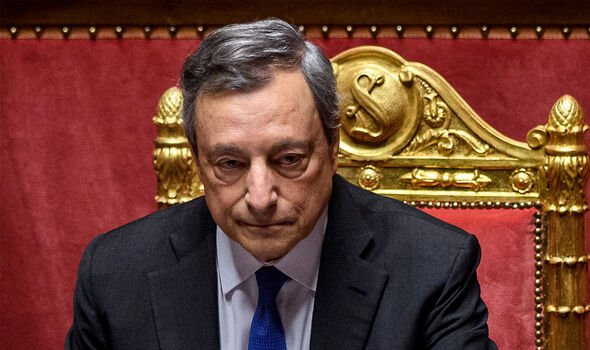 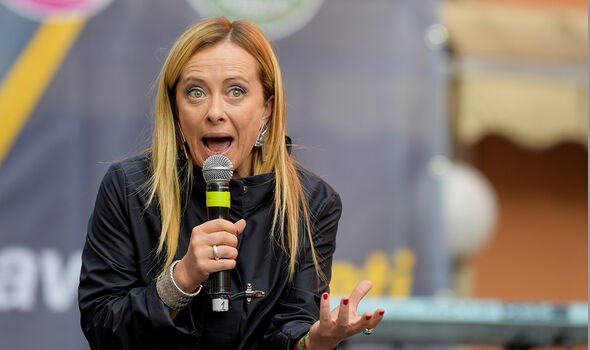 She continued: “One of her priorities is security, which means keeping out illegal immigrants. How she proposes to do that, we don’t know that.

“She’s remoulded her party to become more conservative…she is also pretty hardline on social issues…she recently gave a speech in which she shouted ‘yes to the natural family, no to LGBT lobbies.’

“She has often spoken out against same-sex marriage and same-sex couples raising children. Her’s was one of the parties that opposed a bill which would have criminalised homophobia.”

Reports in recent days have laid bare how Ms Meloni and other far-right leaders in Italy could cause headaches for European leaders.

As Europe attempts to unite against Russia and defend Ukraine, leader of the League Party Matteo Salvini has come under scrutiny for his ties with Russia, and not for the first time.

He has been accused of joining forces with Russian President Vladimir Putin to help topple Mr Draghi’s government. 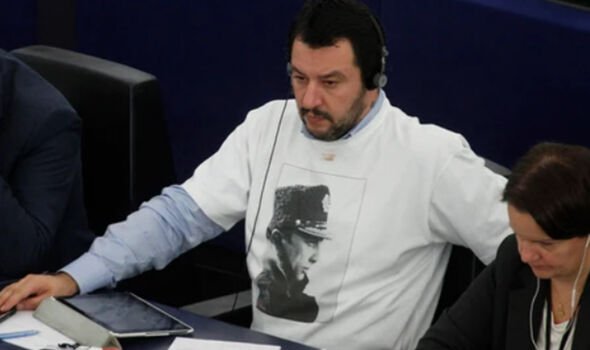 The allegations surround claims that an emissary was sent by Mr Salvini’s party to meet with someone at the Kremlin in May.

“International politics is independent of governments, we are pro-Europeans and Atlanticists but this does not mean not wanting good relations with Putin.”

The far-right figure has long admired Putin: in 2014, he visited the Red Square in Moscow and donned a t-shirt with Putin’s face on it.

In 2017, Mr Salvini signed a cooperation agreement with the United Russia party, the ruling party in Moscow.

He has been more hesitant to praise Putin since the invasion of Ukraine started in February.

The Italian politician tweeted that he “condemns any military aggression” and brought flowers to Ukraine’s embassy in Rome.