Ankara announced it had redeployed a research vessel to resume natural gas explorations in waters claimed by Greece and Cyprus in defiance of an EU summit deal struck in the early hours of October 2. The bitter dispute over maritime rights threatened to boil over in August when Turkey sent the Oruc Reis and an escorting fleet of warships to disputed waters between Cyprus and the Greek islands of Kastellorizo and Crete.

What’s failed is the credibility of the EU’s offer

Greece responded by staging naval exercises with several EU allies and the UAE not far from smaller manoeuvres Turkey was conducting between Cyprus and Crete.

Turkey then withdrew the vessel ahead of the EU summit, at which economic sanctions were discussed, but has now sent it back, sparking fears among European officials that Ankara is simply toying with Brussels.

An EU diplomat said the Brussels leaders had left themselves exposed because they failed to come up with a proper solution and tried to get away with a “carrot-and-stick” approach offering multiple benefits but also threatening sanctions.

He said: “The carrot and stick approach appears to have failed.” 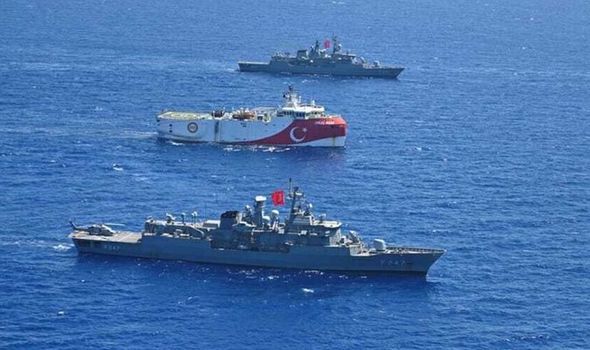 He continued: “EU leaders kicked the can down the road by saying they would come back to the issue in December.

“Now it is coming back with a vengeance.”

Sinan Ulgen, a former Turkish diplomat at Carnegie Europe, said: “What’s failed is the credibility of the EU’s offer. It was not concrete enough.” 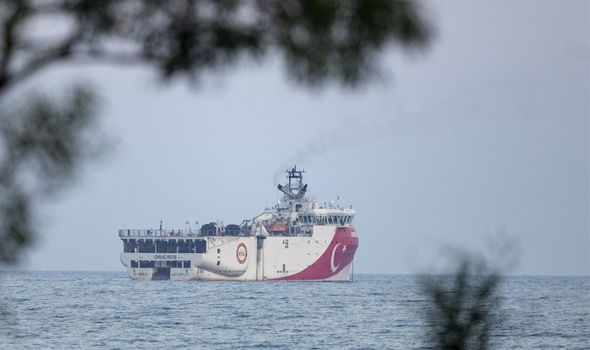 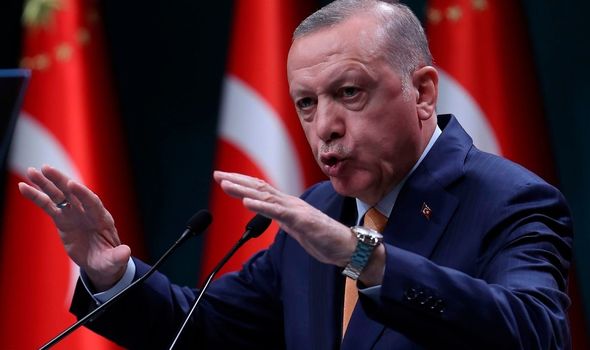 Turkey has openly challenged European foreign policy in Syria, Libya and Russia in recent months despite being a NATO ally and pressing for EU membership.

But Brussels is keen to keep Ankara onside despite the increasingly vitriolic taunts from authoritarian president Recep Tayyip Erdogan who seems intent on forging an independent path as a regional power.

Erdogan aide Fahrettin Altun said Turkey was committed to diplomacy but “there can be no negotiations if you say ‘what’s mine is mine and what’s yours is negotiable’.”

Greece and Cyprus will raise the gas dispute again when EU leaders meet over the next two days even though Turkey is not on their summit agenda, arguing that the latest escalation has demonstrated the need for more urgent action. 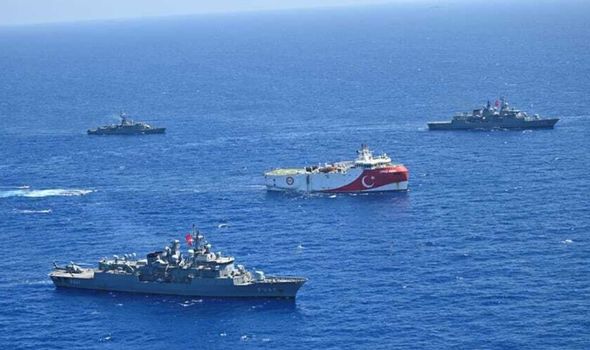 German Foreign Minister Heiko Maas cancelled a trip to Ankara this week in protest at the deployment of the Oruc Reis but diplomats said Berlin is not considering further measures.

The EU, Turkey’s largest trading partner and foreign investor, had hoped that by renewing an offer of an expanded trade deal, ending visa requirements for Turkish citizens and proposing more money for Syrian refugees in Turkey – as well as threatening sanctions – would persuade Mr Erdogan to start talks to clarify offshore hydrocarbon rights.

But the strongman president has been dismissive of the EU’s attempts to calm the troubled waters of the Eastern Med. 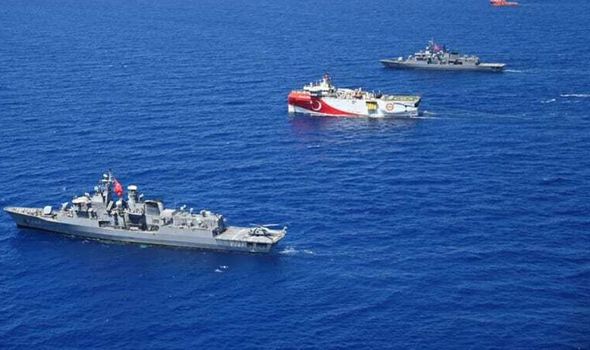 In a speech to the Turkish parliament earlier this month, he said: “The European Union has turned into an ineffective, visionless, and shallow structure as a prisoner of the caprice of Greece and the Greek Cypriot side.

“There is not a single problem that has emerged in our region and has been solved with the initiative and influence of the European Union.

“On the contrary, every crisis in which the EU has been involved has grown by gaining new dimensions.”

Earlier Mr Erdogan claimed his country faced the “most important battle waged at seas within the last few centuries” in its territorial dispute with Greece.

Ankara insists it has every right to prospect in the region and has accused Athens of trying to grab an unfair share of maritime resources.