French health authorities have put seven more departments, including Lille, Strasbourg and Dijon, on high alert as COVID-19 infections continue to rise. Many MEPs believe holding the plenary session in France is too much of a risk but alsio sends out the wrong signals to EU citizens who are subject to travel restrictions and local lockdowns.

The parliament – in line with the EU treaty – needs to hold 12 plenary sessions in Strasbourg every year, even though MEPs have previously voted to scrap the costly monthly travel.

Preparations for the trip are currently ongoing, as the parliament decided in July to resume meetings in Strasbourg in September.

Parliament president David Sassoli is now to make the final decision ahead of the assembly’s leadership and parliamentary group chairs meeting on Thursday. 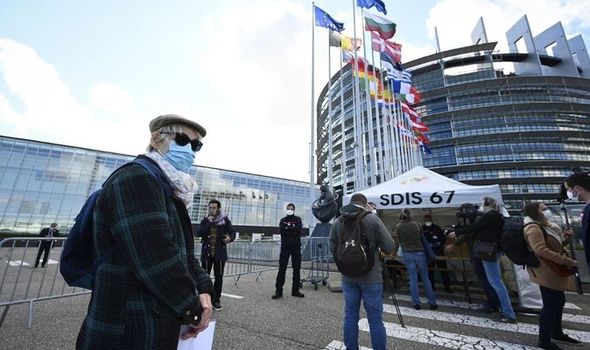 Iratxe Garcia, the leader of Mr Sassoli’s Socialists and Democrats group, has argued against going and warned the “threat of the pandemic is still very much present”.

She said: “By now it seems pretty obvious that holding the plenary in Strasbourg adds unnecessary health risks both for the city and for members and staff of the parliament.

“The French authorities should acknowledge that by Thursday.

“If the competent authorities in France don’t take responsibility I will insist that the parliament takes responsibility and postpones its plenary meetings in Strasbourg until such time that the pandemic risk levels allow for it.” 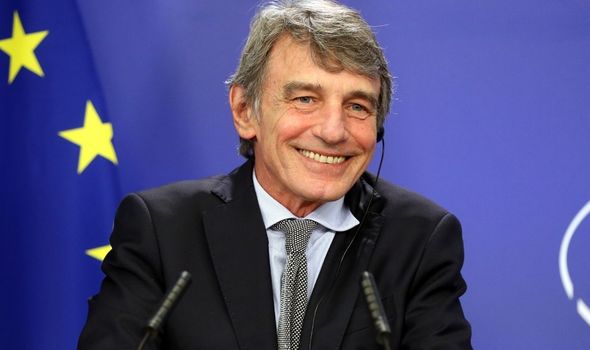 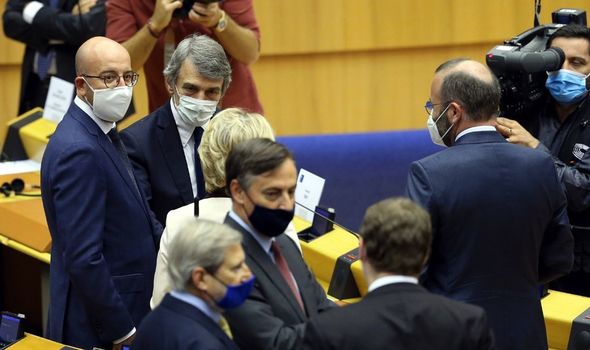 In a letter to Mr Sassoli she wrote: “Throughout Europe, we are asking our citizens to make sacrifices, to follow mitigating measures and to limit their movements.

“It is therefore impossible either to explain nor to justify why their representatives should increase the risk to counter these efforts.”

Philip Lamberts, co-chair of the EU Green group which historically supports dumping the Strasbourg seat altogether, said: “The European Parliament must lead by example and agree to hold the plenary in Brussels.

“Failing that, the Green group will limit its physical participation to the absolute minimum.”

MEPs from the liberal Renew group were discussing the issue at their meeting today while the centre-right European People’s Party – whose MEPs are divided on the issue – will support Mr Sassoli in his decision.

Stasbourg officials said Mr Sassoli would take the groups’ differing positions into account when making a decision on next week’s gathering.

He is also in talks with French authorities, the parliament’s medical service and the European Centre for Disease Prevention and Control. 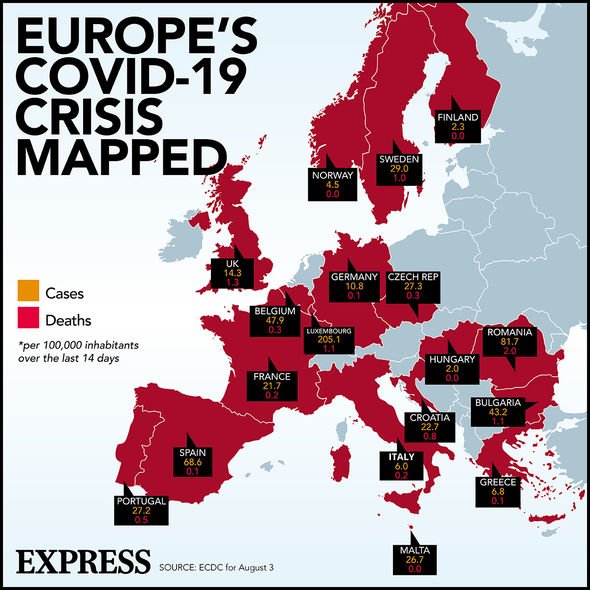 A parliament spokesman said the “analysis is ongoing” and stressed “all information will be taken into account.

But he warned there was also the legal obligation enshrined in the treaty which, of breached, could in theory see the parliament to the European Court of Justice by France.

A source said: “We know that it’s going to be difficult.

“If the president decided not to go, the French will put pressure on him, but if we go and something happens, it will be president’s responsibility.

“I will go to Strasbourg, and I will sit in my office to keep social distancing, like in Brussels.”