He suggested the EU would look to punish member states who step out of line as it is “becoming even more intolerant of dissent” after Ms Meloni claimed victory when her right-wing Brothers of Italy party won 26 percent of the vote.

Mr Slater said: “The response from Brussels shows that the EU, having beaten the populist government of 2018 into submission, is becoming even more intolerant of dissent. 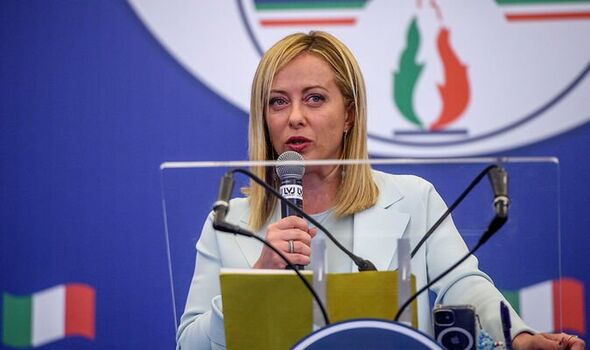 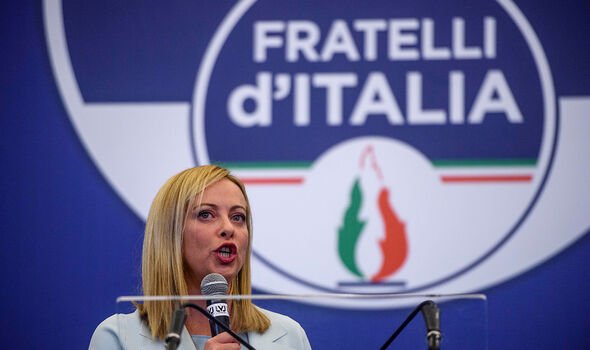 “The populist revolt isn’t dead yet. And that’s a good thing, too.”

It comes after the EU was put on alert following the emergence of a far-right government in Italy. 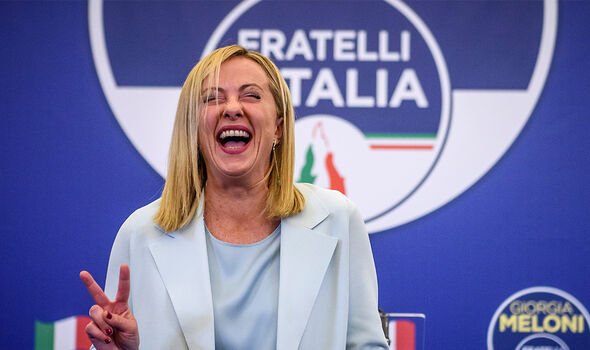 She said: “My approach is that whatever democratic government is willing to work with us, we’re working together.”

While European Commissioner Didier Reynders added: “This is not the first time that we risk confronting governments formed with far-right or far-left parties.

“Let voters choose their elected representatives. We will react to the actions of the new government and we have instruments at our disposal.”

Mr Slater said Ms Meloni had managed to secure a majority due to the “fury with an undemocratic, pro-EU establishment”. 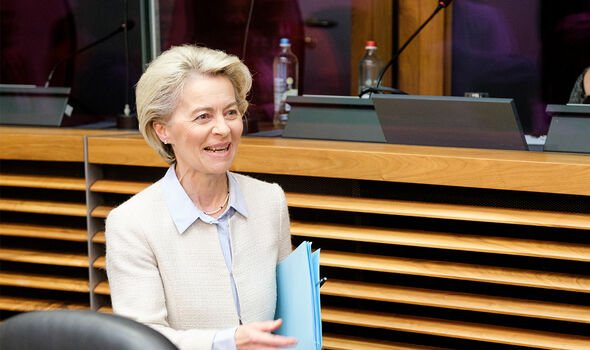 He said: “Meloni has benefitted from two things. The ongoing fury with an undemocratic, pro-EU establishment – imposing punishing Brussels diktat on restive Italians – and the abject failure of the previous populist upstarts to pose any serious challenge to this failing status quo.”

He added: “But her triumph certainly shows that populist voters, desperate to land a blow against Brussels and its quislings in Rome, haven’t gone anywhere.”

Near final results on Sunday showed the rightwing alliance, which also includes Silvio Berlusconi’s Forza Italia, should have a solid majority in both houses of parliament, potentially ending years of upheaval and fragile coalitions.

The result is the latest success for the right in Europe after a breakthrough for the anti-immigration Sweden Democrats in an election this month and advances made by the National Rally in France in June. 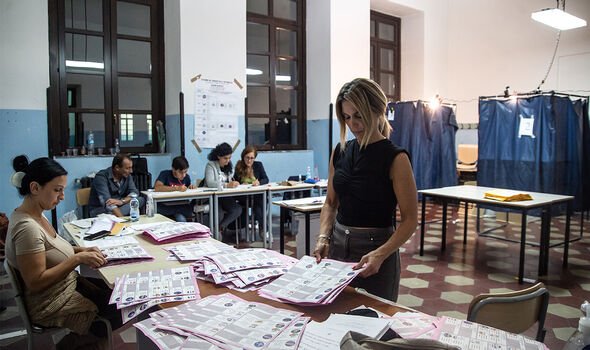 Ms Meloni, who has spoken out against what she calls “the LGBT lobby” and mass immigration, tries to play down her party’s post-fascist roots.

She has also pledged to back Western policy on Ukraine and not take risks with Italy’s fragile finances.

But Ms Meloni and her allies face a daunting list of challenges, including soaring energy prices, war in Ukraine and a renewed economic slowdown.

Her coalition government, Italy’s 68th since 1946, is unlikely to be installed before the end of October and Prime Minister Mario Draghi remains at the head of a caretaker administration for now. 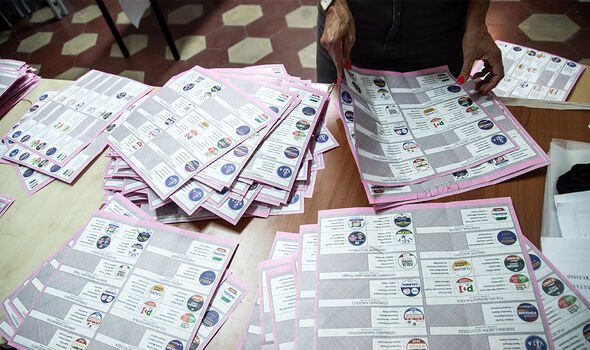 With almost all results counted, the Brothers of Italy led with around 26 percent of the vote, up from just four percent in the last national election in 2018, supplanting the League as the driving force on the right.

The League took less than nine percent, down from more than 17 percent four years ago, but despite the relatively low score, Salvini said he would stay on as party leader. Berlusconi’s Forza Italia scored around eight percent.

Centre-left and centrist parties won more votes than the right but were penalised by an electoral system that rewards broad alliances. Enrico Letta, the head of the main opposition party, the Democratic Party, announced he would stand down as leader.