The pair were at an event as part of the President’s campaign for re-election in November when Mr Trump said they should ’say hello’ to the crowd, as Melania shakes her head subtly. The senior advisor to politician Julian Castro, who is also standing for presidency, tweeted the embarrassing video. Sawyer Hackett tweeted: “Trump suggests to Melania that they go ‘say hello’ to the crowd.

“She subtly shakes her head no.”

The Slovenian-born former modern has been helping her husband, Donald Trump, on the campaign trail.

The US First Lady gave a speech from the White House yesterday where she made a plea for racial unity.

She also urged protesters to “stop the violence and looting”. 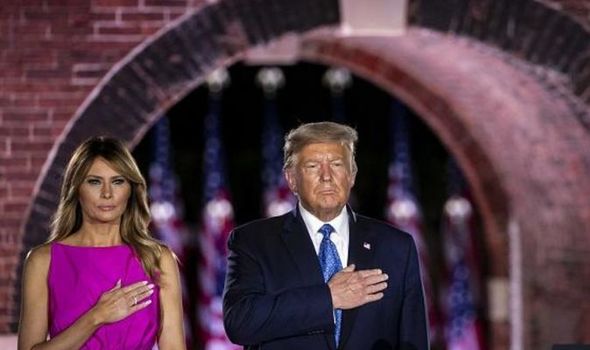 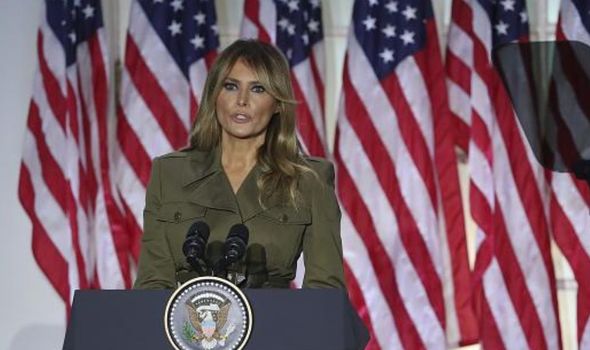 She said: “Like all of you, I have reflected on the racial unrest in our country

“It is a harsh reality that we are not proud of parts of our history.

“I encourage you to focus on the future while still learning from the past.

“I urge people to come together in a civil manner so we can work and live up to our standard American ideals.

“I also ask people to stop the violence and looting being done in the name of justice, and never make assumptions based on the colour of a person’s skin.” 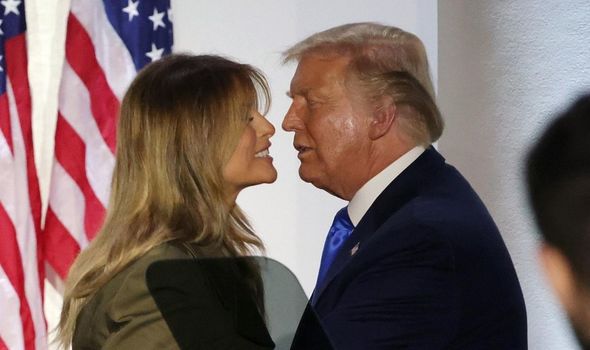 The COVID-19 pandemic means this campaign will be rather different to his 2016 campaign, with no big rallies.

During the presidency, Melania has been known to reject her husband’s hand at times.

One of these times was when she was walking alongside Prime Minister Benjamin Netanyahu and she rejected Trump’s hand when he tried to hold it. 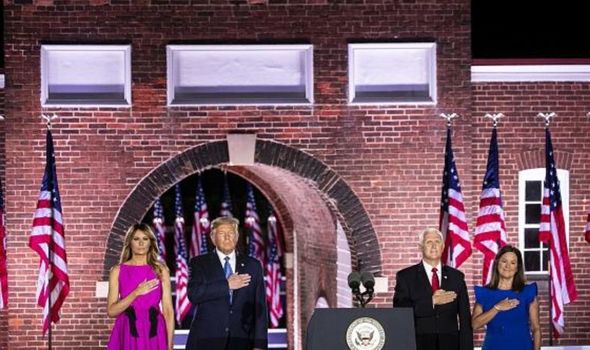 Another time was when the pair travelled to Ohio and Trump tried to hold Melania’s hand but gave up and just placed his hand on her back.

A third time was when the pair were posing with Emmanuel Macron and Trump tried to hold Melania’s hand, but was initially rejected.

Melania is often criticised for her frosty demeanour.

In her first year of Trump’s presidency, she gave eight speeches, compared to Michelle Obama’s 74.