The comments were made ahead of a July 4 party at the White House which hundreds are expected to attend. Many of those invited are doctors and nurses who have been in the front line of the fight against COVID-19.

However the event has been condemned by Washington DC Mayor Muriel Bowser who raised safety concerns.

Ms Bowser said: “We are giving DC residents the same message about any of their outings for the holiday weekend.

Hundreds of thousands are expected to gather in Washington DC on the national mall to watch fireworks and a military flyover. 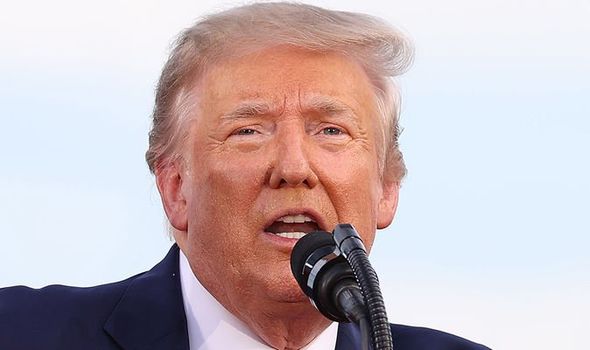 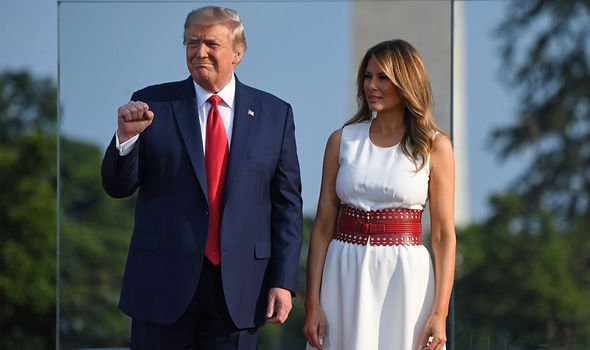 Attendees are being urged to remain 6ft (1.8m) apart and 300,000 face masks will be handed out by the US Department of the Interior.

In his Independence Day message Trump stated: “Melania and I would like to wish everybody in our country a very very happy 4 July.

“It’s a special date, it’s a date that celebrates so many different things but more than anything else freedom. 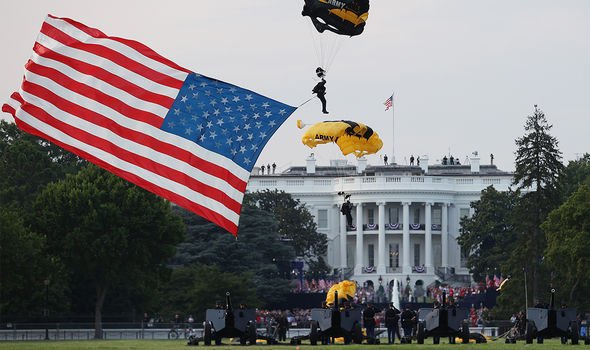 “Then we got hit with this terrible plague from China and now we’re getting close to fighting our way out of it.”

Trump has previously been accused of stoking racial tensions by explicitly linking COVID-19 to China.

The President has used the terms “China virus”, “Wuhan flu” and “kung flu” to describe the illness.

The World Health Organisation has argued against the use of names which reference the geographic origin of an infection over it could lead to stigmatisation. 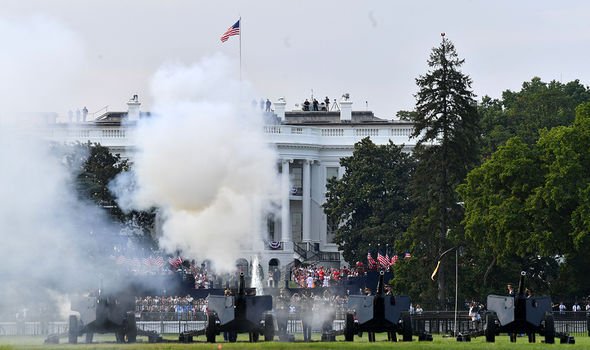 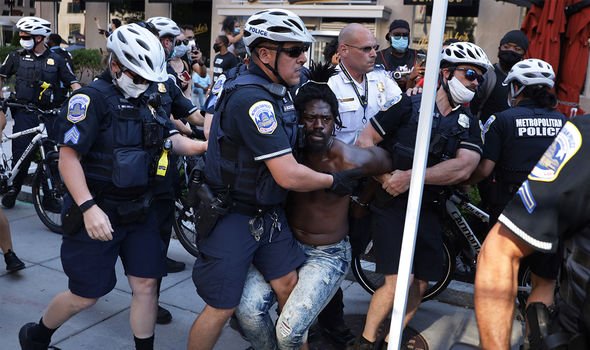 On Friday the US saw a new record for the number of confirmed COVID-19 cases with another 52,300 reported.

Florida has been particularly badly hit with 9,488 additional patients diagnosed on Friday.

In total the number of coronavirus cases is rising in 39 of America’s 50 states.

Thus far more than 130,000 people have died from coronavirus in America, more than in any other country in the world.

As a result of the coronavirus epidemic many towns and cities have cancelled their 4 July celebrations.

For the first time since the second world war the annual Major League Baseball all-star game is not taking place.

On Twitter Joe Biden, who will challenge Trump for the US presidency in November, said “this Fourth of July, one of the most patriotic things you can do is wear a mask”. 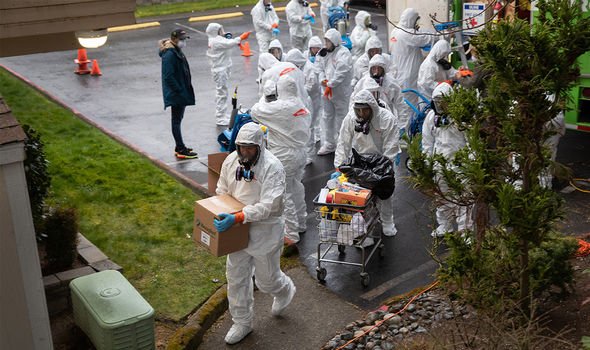 The President attacked “angry mobs” who have been pulling down statues in US cities and pledged to defend America’s “history”.

Trump’s speech was followed by a military flypast and fireworks display over the iconic site.