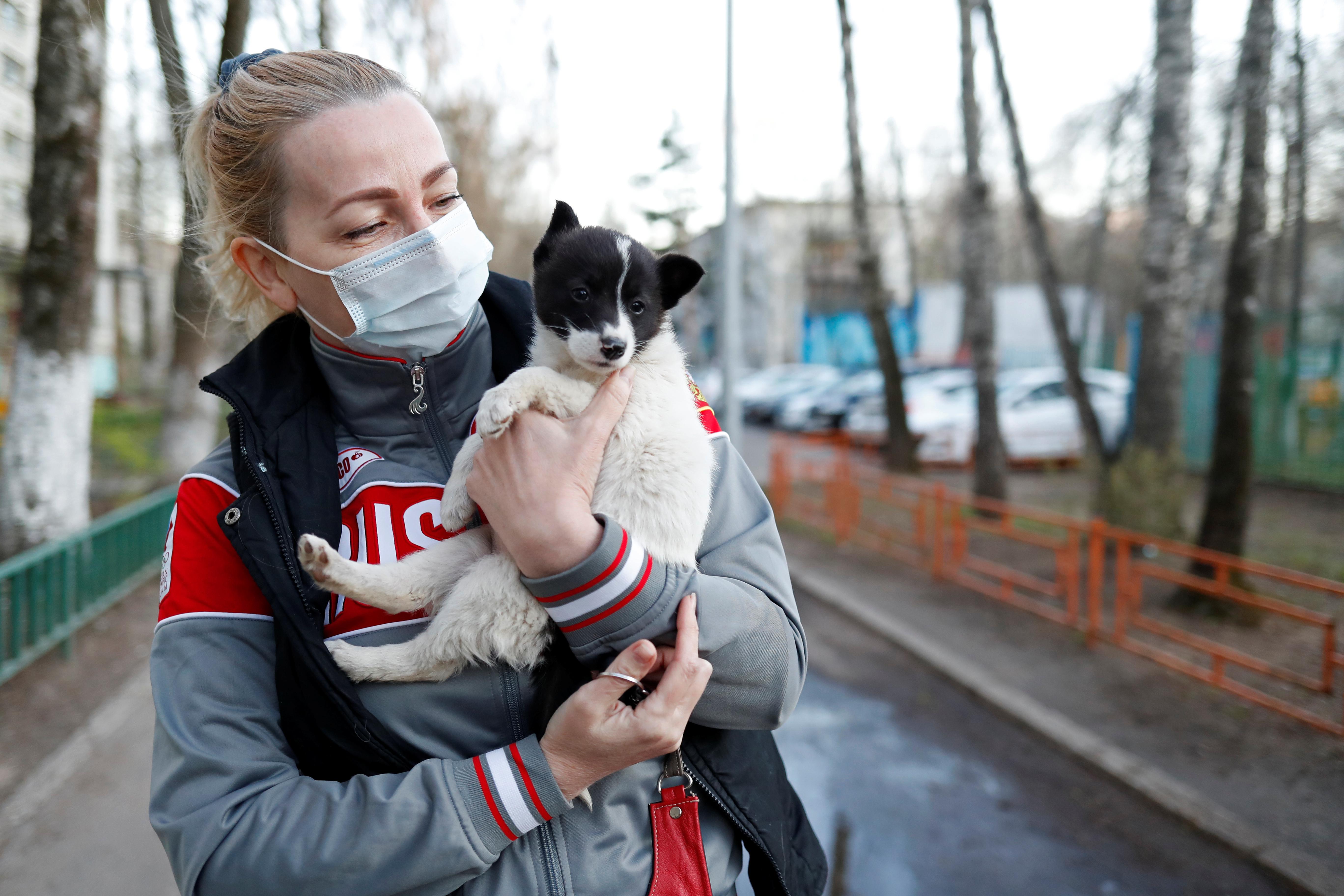 MOSCOW (Reuters) – A month ago, Locky the mongrel puppy was left abandoned on the side of a road with her mother and six siblings.

A month on she lies cradled in the arms of her new owner, thanks to an online scheme launched during Moscow’s coronavirus lockdown.

The dogs were rescued by the Odin shelter, on the capital’s southwest outskirts. When the coronavirus restrictions made it impossible for prospective owners to pop by to adopt the animals, volunteers started posting videos of them online.

Staff said people had decided to take in 78 dogs and cats over the past week – among them Locky and all the other puppies – after seeing them on social media through the shelter’s “Delivery Happiness” service.

“The results show how many people got interested, took an interest … it’s amazing,” said Ekaterina Klitsko, a pet shop owner who volunteers at the shelter.

Someone had also got in touch about Locky’s mother Greta, herself only one and a half years old, and would be along to collect her in a day or so, the Odin centre said.

All the new owners were screened through extensive interviews, it added. Many said they had always wanted a pet but had only managed to find the time to welcome a new animal into their homes during the lockdown.

Locky was not named after the lockdown, volunteers said. Her name was picked at random when she was rescued.