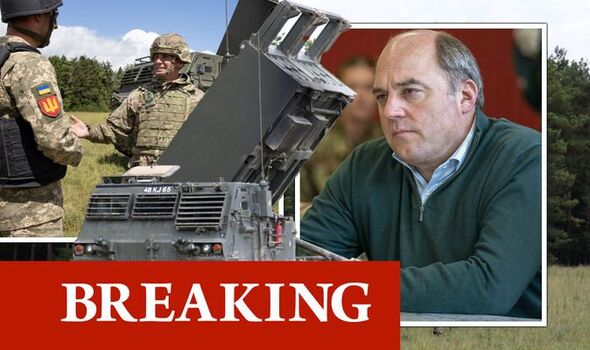 Kyiv is using American HIMARS, British M270 MLRS and German Howitzer 2000s to destroy Russian fuel depots, ammunition and supply lines dozens of miles past the frontline. Ukrainian commanders have said the weapons have helped “stabilise the situation” on the frontline through “major strikes at enemy command points, ammunition and fuel storage warehouses”.

Russian military chiefs are so concerned about the weapons they have ordered their troops to focus on finding and destroying Ukraine’s Western-supplied rockets and artillery.

Dozens of Ukrainian troops were trained how to use the British weapons in Salisbury last month before they returned to the frontline to continue defending their homeland.

Defence Secretary Ben Wallace told this newspaper the British artillery “is now in place and it has been used in the last few days”.

He said: “Alongside the United States and the Germans I think, they are absolutely making a difference.

“All of this is about helping Ukraine transfer from effectively the Soviet doctrine of fighting into fighting using NATO weapons, standards, systems which is a different type of fight.” 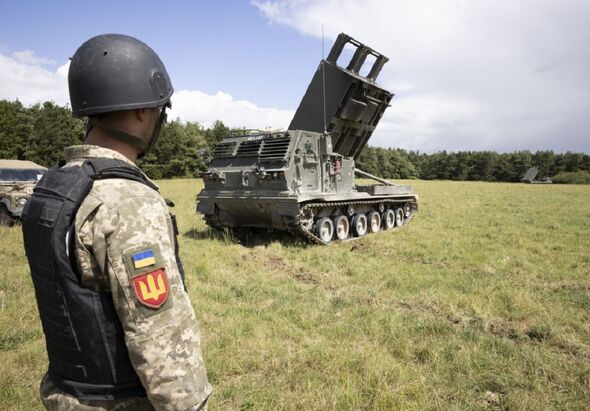 Mr Wallace said Western long-range artillery systems are making a “significant difference” in the war and are a response to Russian war crimes, 2.5 million Ukrainians being relocated to Russia and Moscow’s determination “to destroy everything”.

The U.S. plans to send a total of 12 of the systems to Ukraine. Eight have already arrived and are in use and four more are on the way.

Britain has sent Ukraine three MLRS. They can strike targets up to 50 miles away, while the American HIMARS can hit pin-point targets from 43 miles.

After Russia’s failed attempt to take Kyiv in a lightning assault, the Kremlin has waged a brutal war of attrition, relentlessly shelling towns and cities across the country.

While Vladimir Putin has stated he wants to seize the entirety of eastern Ukraine, Moscow has also targeted civilians hundreds of miles from the frontline. 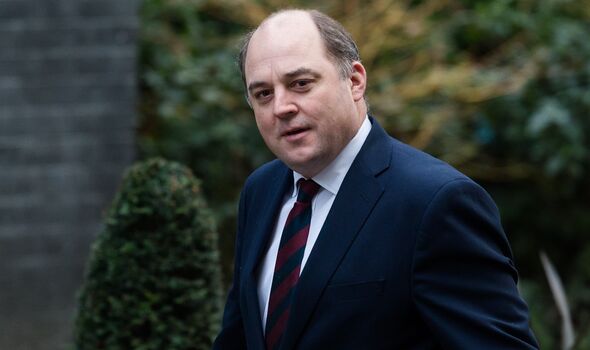 The Defence Secretary said: “It is absolutely the case that deep, deep fires with precision are making a significant difference to how Russia is able to prosecute this illegal invasion of Ukraine and quite rightly, that is the response to this legal invasion.

“It is a response to the Russian determination to destroy everything. It is in response to the 2.5 million Ukrainians who have been relocated to Russia via filtration camps.

“The international community wants Putin and Russia to fail in Ukraine. s“They should be leaving Ukraine. Deep fires are making a difference.”

As the Daily Express watched Ukrainian troops being trained on how to use the artillery last month, one commander said that Britain giving Kyiv the MLRS will give the war-torn nation fresh hope they can repel Moscow’s killers.

He said: “When others in our armed services realise we have MLRS they will have strong motivation. That is so critical for all of us.

“Not only for the armed forces, but for all of the Ukrainian people, just to understand that we are powerful.

“We are so grateful for your support and help.”

It comes as the head of the Royal Navy, Admiral Sir Ben Key, said Russia has “created a new Iron Curtain from the Baltic to the Black Sea”.

But the First Sea Lord warned that Britain – and her allies – must not take their eye off China. 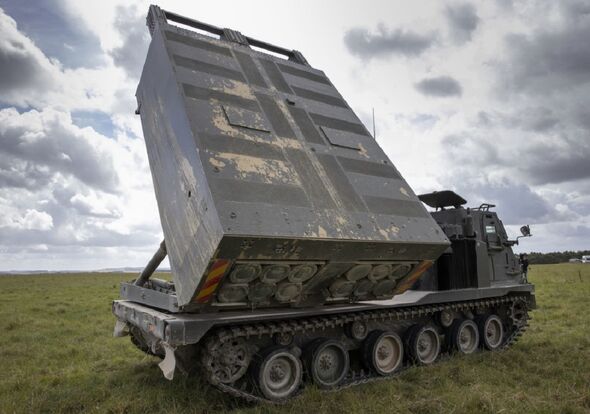 He said “focussing solely on the Russian bear risks missing the tiger” as Beijing is building the biggest navy in the world.

He said:“Russia represents a near and present danger to us, and to which we must respond. So as we in the western militaries move to ensure we can deter further aggression along the border of easter Europe, Putin has, through his actions, created a new Iron Curtain from the Baltic to the Black Sea.” 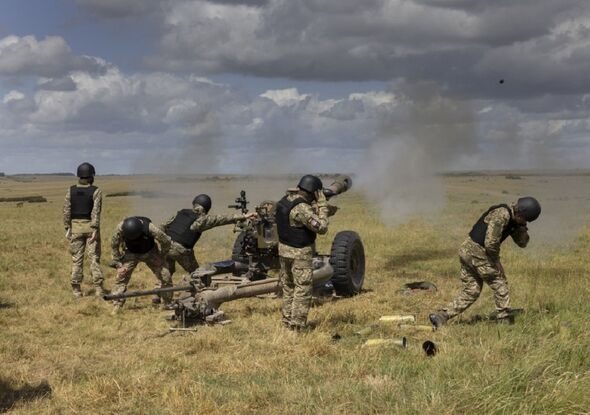 “The world has woken up to the risks that Russia’s invasion poses, and the need for nations to meet their NATO spending targets as a matter of urgency.

“Today we see Russia as the clear and present danger, but China will pose the greater long-term challenge.

“Having overestimated some of Moscow’s military capabilities, we can’t now risk underestimating those of Beijing.” 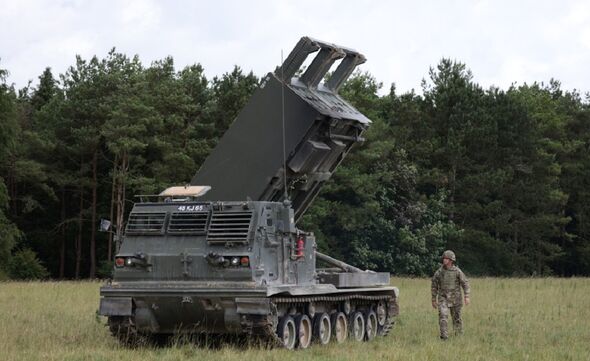 He added: “For us, having potentially overestimated some of Moscow’s military capabilities, we must be wary of underestimating those of Beijing.

“All of us recognise China is a nation with big ambitions. From the Belt and Road initiative to the String of Pearls, from ‘island building’ in the South China Sea to designs on Taiwan.”