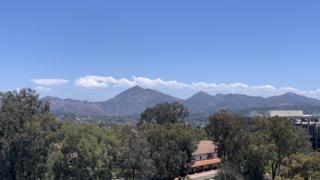 US weather forecasters have issued warnings of a potentially life-threatening heat wave over the weekend in south-western areas of the country.

Parts of Utah, Arizona and Nevada, including the city of Las Vegas, may also be hit with a heat wave of up to 49C.

It comes after a day of record temperatures in the region on Friday.

The NWS has urged people to take safety precautions like limiting the amount of time spent outdoors.

Forecasters said a high-pressure system was moving through the south-west and causing temperatures to rise.

A record-beating 46C was reported on Friday in Phoenix, Arizona and records were also beaten in four cities in California.

The NWS said in a tweet that “rare, dangerous and deadly” temperatures were expected in large areas of Arizona until Monday.

Strong high pressure aloft will result in a protracted period of VERY hot temps across the deserts. The Excessive Heat Warning remains in effect, and has been extended thru next Monday for the Phoenix, Yuma and Imperial areas. Stay hydrated! #azwx #cawx pic.twitter.com/Gy6hXUrYqp