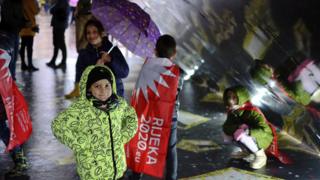 The cheers had barely died down after Rijeka’s spectacular opening ceremony as European Capital of Culture in February, when coronavirus scuppered years of preparation in the Croatian port city.

Months later, an on-the-fly rethink of the entire project has emerged from the wreckage.

“The opening was really sensational,” says guitarist Vlado Simcic, a mainstay of Rijeka’s music scene. “We were all proud of it – and our hope was that we would have a great, great year for our city.” 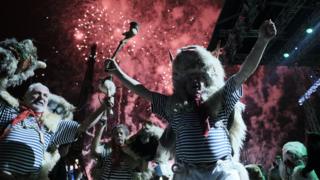 The stage was set for a year of events to reinvigorate the city artistically and economically. 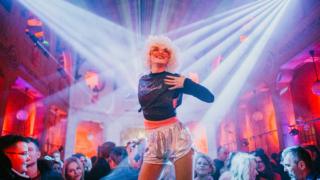 But then Croatia entered one of Europe’s strictest lockdowns and Rijeka’s Port Of Diversity brochure now reads like a work of fiction.

“Only one month after the big opening, it was pretty shocking,” recalls Ivan Sarar, head of the culture department in this city on the Adriatic coast.

Even when the end of the lockdown did open the door for some events to take place, it was clear the original vision of Rijeka 2020 was gone for good. 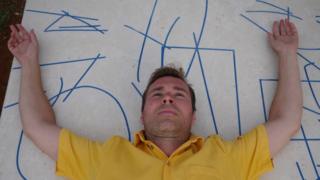 “We decided that the budget would be cut by about 50%,” says Mr Sarar.

“Covid measures were clear about big-scale events, so we killed all the street theatre and big gatherings. We also cancelled all the elite, extravagant, not-so-popular programmes and all the complex international co-operations, because of the travel situation.” 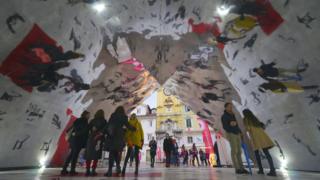 Instead of an international arts jamboree, a more local interpretation of Rijeka 2020 has emerged from the rubble. 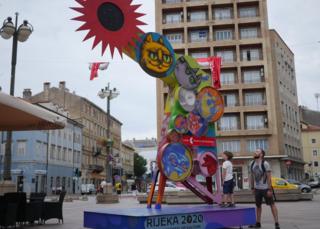 Community-based aspects of the programme, which might have seemed peripheral, moved centre stage.

In Bresc, almost an hour’s drive around Kvarner Bay from Rijeka, it seems that all the cliff-top village’s 129 inhabitants have turned out for their Capital of Culture moment.

A local choir heralds the unveiling of a work by Danish artist Sofie Thorsen. 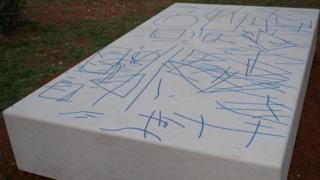 The permanent installation, Strokes and Incisions, is a sculpture that doubles as a series of benches. It’s part of Lungomare Art, a project that survived the Covid cull and draws surrounding communities into the Rijeka 2020 experience.

The programme’s chief executive, Irena Kregar Segota, says it shows the original spirit of the programme has survived.

“We are relying a lot on the local cultural and artistic scene – but that does not mean the international dimension of the project has been completely lost. While Sofie Thorsen cannot be physically present, her creativity is here.”

“There are also lots of intangible things; new festivals, a new university programme.” 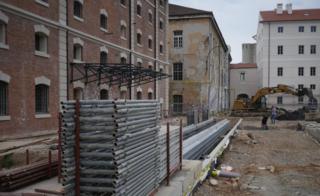 Perhaps most importantly, the physical legacy of Rijeka 2020 is assured.

A stone’s throw away from the city’s waterfront, workers are scrambling to complete an entirely new cultural quarter in a complex that once housed sugar and tobacco factories.

By the time they are finished, the buildings will house museums, galleries, libraries and an interactive arts centre for Rijeka’s youngest citizens, known as The Children’s House. 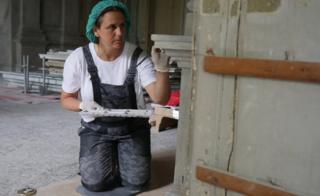 “The infrastructure will be the legacy of the whole project for the future,” says the man who has been Rijeka’s mayor for the past 20 years, Vojko Obersnel.

He has seen his city struggle through tough times, as traditional industries such as shipbuilding have gone into decline. Rijeka 2020 should have been a relaunch – putting the city on the international map and changing its image within Croatia. But Mr Obersnel remains optimistic that it will still achieve those goals.

“The old industries have disappeared – and this project can be the initiation of a new kind of industry, mainly in the cultural field, design, architecture and IT.”

Even so, some find the loss of most of the international programme hard to bear. “It’s not enough for me or Rijeka. I was hoping to meet people from other countries, exchange our experiences and gain new perspectives,” says guitarist Vlado Simcic. 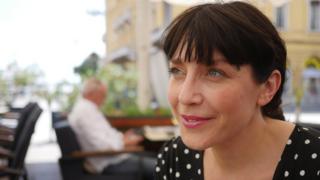 On the other hand, singer Iva Mocibob – who happens to be married to Vlado – is a little more positive.

“Artists from Rijeka are stubborn,” she says. “They don’t let anything get in their way. So maybe some beautiful songs, books and paintings will come from this really hard period and disappointment.

“In hard times, artists have inspiration – and maybe some of those pieces will become part of the European legacy.”

Defiance, toil, construction and culture emerging from the chaos, perhaps, as the opening ceremony promised. This might not be the Capital of Culture that the city planned – but it may yet become an apt reflection of Rijeka’s character.

All pictures subject to copyright of Rijeka 2020 and Guy Delauney and the BBC.