Moderna’s COVID-19 vaccine has been approved for use by the EU’s drug regulator.

The decision by the European Medicines Agency came on the same day as the Netherland’s began administering its first doses against coronavirus.

EMA executive director Emer Cooke said: “This vaccine provides us with another tool to overcome the current emergency.”

The decision, which must be rubber stamped by the EU’s executive commission, came hours after nurse Sanna Elkadiri, 39, became the first person in the Netherlands to receive the Pfizer-BioNTech vaccine. 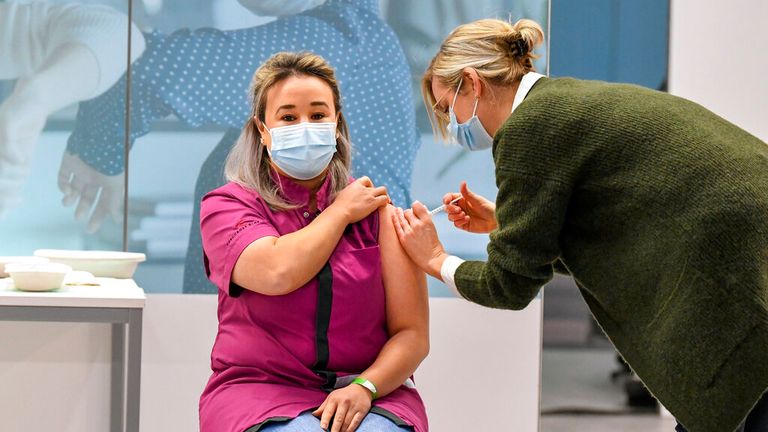 When the first COVID-19 vaccinations took place on 27 December, it was hailed as “a touching moment of unity” by European Commission President Ursula von der Leyen. But the situation is still far from even.

The Netherlands took delivery of thousands of doses of the Pfizer vaccine late last year that have stayed in freezers at a central location while ministers finalise vaccination plans.

Staff at nursing homes, disabled people and hospital frontline workers are first in line as the death toll in the Netherlands stands at more than 11,000.

Meanwhile, French authorities have also been criticised after barely 500 people were inoculated in the first week of the country’s vaccination programme, partly held up by red tape. 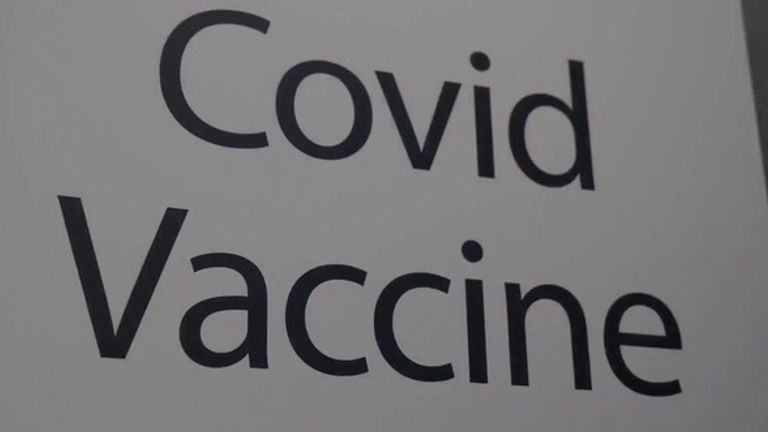 Ministers plan to relax rules that those wanting a jab must consult with a doctor first and individual injections can only be given under the supervision of a doctor.

Germany, which has 1.3 million doses of the Pfizer vaccine, has inoculated more than 265,000 people but authorities are being criticised for not acting as fast as other countries, including the UK.

Italy has carried out about 260,000 vaccinations, according to the national broadcaster Rai. The highest percentage of doses delivered were in Lazio with 77.9%, followed by Tuscany with 75.1% and Veneto with 73.8%.

Spain has received in total 718,535 doses of the Pfizer vaccines but had only administered 82,334 by Monday, Health Minister Salvador Illa said.