Fears of a third coronavirus wave are growing, with Germany among the European countries warning of an “exponential growth” in infections.

Twenty countries in the European Union have now reported an increase in the rate of positive tests and 15 have said hospital or intensive care admissions have increased, according to the European Centre for Disease Prevention and Control.

The sharp rise in infections and the EU’s continuing struggle to get its COVID-19 inoculation drive up to speed have forced some countries to go back into lockdown or re-think the easing of restrictions. 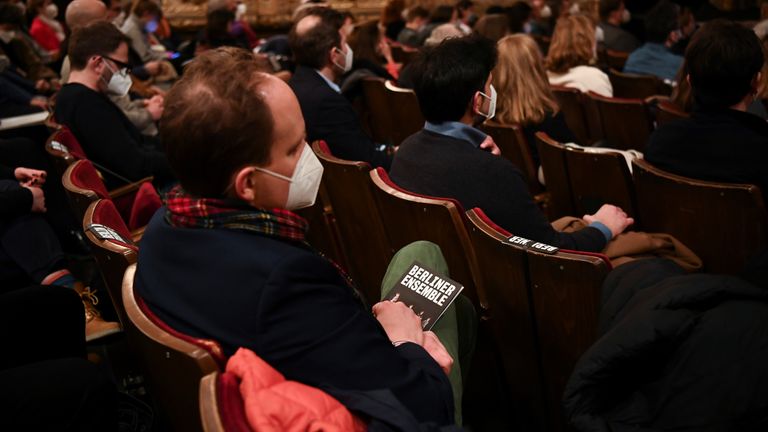 Germany’s Chancellor Angela Merkel said last night: “We have exponential growth… so it is good we had agreed on an emergency brake and unfortunately we will have to make use of this emergency brake.”

Under an agreement made with state governors two weeks ago, Mrs Merkel is supposed to re-impose restrictions in regions where the number of new weekly cases is above 100 per 100,000 residents.

On Friday, the nationwide average stood at 95.6.

Mrs Merkel and Germany’s 16 state leaders will meet again on Monday to discuss extending a lockdown that has been in place since mid-December, as well as reversing plans to reopen the economy.

But just 8.5% of Germany’s population have received their first vaccine dose, far behind countries such as the UK and US.

Germany will send vaccines directly to GPs, with vaccinations expected to begin at surgeries from mid-April at the latest while extra doses will be sent to regions on the French and Czech borders.

Health minister Jens Spahn warned that vaccines will not be enough on their own to contain the third wave of the pandemic, as there is not enough supply.

Mrs Merkel said Germany would consider ordering doses of the Russian vaccine, Sputnik, but that she would prefer this move was made by Europe.

Italy is also considering the Russian vaccine, after becoming the third country in Europe to exceed 100,000 deaths last week.

Prime Minister Mario Draghi said that European coordination has “great added value”, but if the bloc’s response regarding the health of Italians wasn’t working “then we need to go on our own”.

In France, new restrictions came into effect from midnight which will be in place for at least four weeks, as Prime Minister Jean Castex said the country was facing a “third wave” of the pandemic.

In Poland, where more people are on respirators than at any time since the beginning of the pandemic, most businesses and public venues are closing from today for three weeks as a new lockdown begins.

Hungary has extended its lockdown for another week and in Bosnia, which has yet to start mass vaccination, a lockdown began in the capital on Friday.

Even before a three-day pause in the use of the Oxford-AstraZeneca vaccine last week over fears it might be linked to blood clots, Europe’s vaccination programme had been sluggish. The vaccine was declared “safe and effective” by the bloc’s medicines regulator earlier this week.

Dr Giovanni Rezza, head of prevention at the Italian Health Ministry, said the current rate of 200,000 vaccinations per day needed to be doubled to inoculate 80% of the population by September. 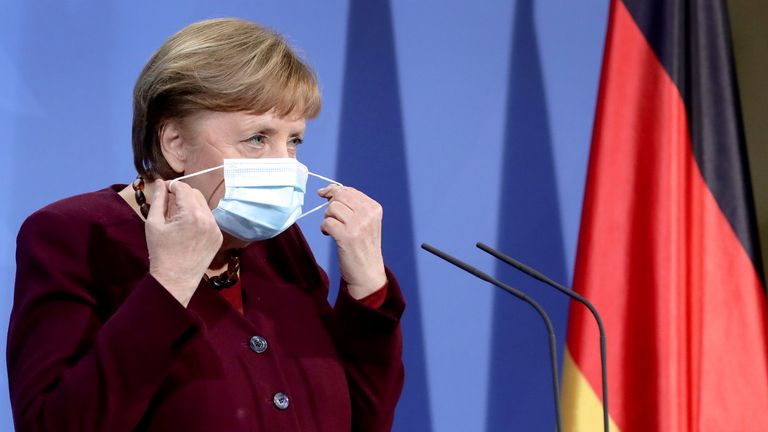 In Bulgaria, just 355,000 out of a population of seven million have received their first dose.

The UK, meanwhile, is closing in on 50% of adults having received the first dose.

Around this time last year, the UK was watching footage from inside Italy’s hospitals, as they struggled to cope with the virus’s first wave. At the time, doctors there warned about the virus spread and, shortly afterwards, British hospitals were seeing similar scenes.

There are concerns that a similar thing could happen with a third wave from Europe, but with the added possibility that low rates of vaccination across the bloc could lead to new variants capable of evading the vaccines that would otherwise keep most of the UK’s vulnerable people safe.