Here are the latest updates.

Italy has confirmed another 188 coronavirus infections, a third in the hard-hit Lombardy region, according to AP news agency.

Public health officials say the outbreak remains under control in Italy, the onetime epicenter of the outbreak in Europe, but they are paying attention to clusters of domestic and international infections.

Italy halted all air traffic with Bangladesh and 13 other countries after more than two dozen cases were linked to charter flights of returning Bangladeshi immigrants. On Saturday, eight of the 19 new infections in the Lazio region around Rome were linked to the Bangladeshi community cluster.

Another seven people with the coronavirus died in the past day, bringing Italy’s total confirmed deaths to 34,945. 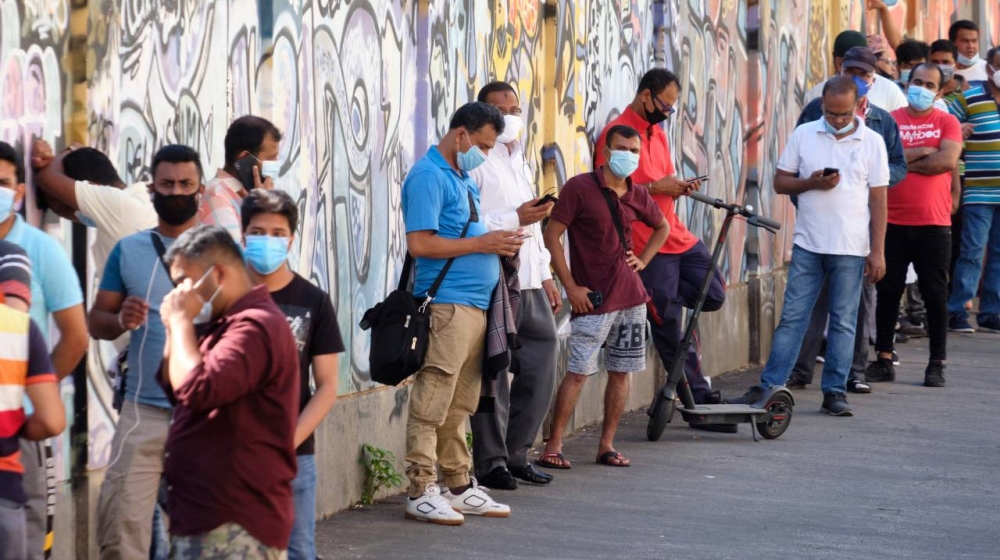 Mexico’s Health Ministry has reported 6,094 new confirmed coronavirus infections and 539 additional fatalities, bringing the total in the country to 295,268 cases and 34,730 deaths.

The government has said the real number of infected people is likely significantly higher than the confirmed cases, according to Reuters news agency.

The Native American tribe’s death toll rose to 396, as tribal officials reported 56 additional confirmed cases, increasing the reservation’s total to nearly 8,100. The number of infections is thought to be far higher because many people have not been tested. Studies suggest people can be infected with the virus without feeling sick.

The lockdown began Friday night and ends at 5 am on Monday. All businesses on the Navajo Nation are also required to close during the lockdown.

00:10 GMT – US coronavirus deaths take a long-expected turn for the worse

A long-expected upturn in United States coronavirus deaths has begun, driven by fatalities in states in the South and West, according to data on the pandemic.

According to an Associated Press analysis of data from Johns Hopkins University, the seven-day rolling average for daily reported deaths in the US has increased from 578 two weeks ago to 664 on July 10.

Daily reported deaths increased in 27 states over that time period, but the majority of those states are averaging under 15 new deaths per day. A smaller group of states has been driving the nationwide increase in deaths.

California is averaging 91 reported deaths per day while Texas is close behind with 66, but Florida, Arizona, Illinois, New Jersey and South Carolina also saw sizable rises. New Jersey’s recent jump is thought to be partially attributable to its less frequent reporting of probable deaths.

“It’s consistently picking up. And it’s picking up at the time you’d expect it to,” said William Hanage, a Harvard University infectious diseases researcher. 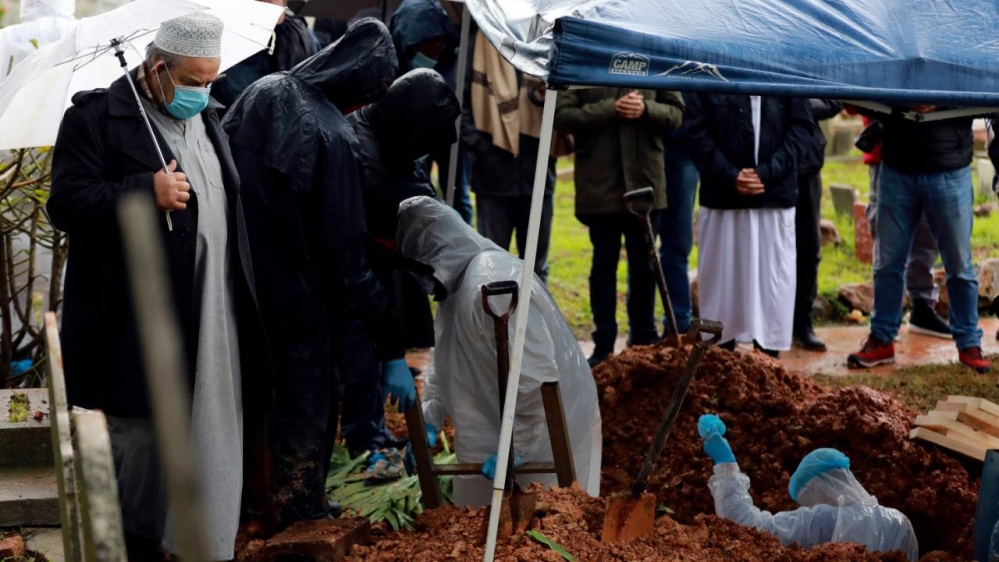 South Africa is reporting another 13,497 confirmed coronavirus cases for a total of 264,184 including 3,971 deaths. More than a third of cases are in the new hot spot of Gauteng province, which includes Johannesburg and the capital, Pretoria.

Already, public hospitals are expressing concerns about shortages of available beds and medical oxygen. The percentage of tests that are positive is now over 25 percent, but the National Institute of Infectious Diseases says that could reflect both the rise in infections and more targeted testing.

The country’s health minister has said the “storm” that authorities have been warning citizens about has arrived.

You can find all the key developments from yesterday, July 11, here.