Coronavirus cases are increasing across Europe – with some countries reporting record rises in the number of daily infections.

Here is a snapshot of what’s happening across the continent right now. Infections are surging once again in the region of northern Italy where the pandemic first took hold in Europe.

On Wednesday, a record 7,332 cases were reported nationwide – more than the 6,557 seen on the worst day in March.

Italy’s cases per 100,000 residents have doubled in the last two weeks to nearly 87 but death figures are lower, hovering at about 40 compared with the worst day in March, when there were 969.

The government wants to avoid another lockdown but has refused to rule out closing cities or provinces.

Instead, bars and restaurants face a midnight curfew and casual sports are banned, as are celebrations in public venues. As of last week, masks are mandatory indoors and outdoors. More than 5,000 new daily cases were reported in Germany for the first time since mid-April and Chancellor Angela Merkel has warned “this won’t end well” if action is not taken.

“We must call especially on young people to do without a few parties now in order to have a good life tomorrow or the day after,” she said.

In places where the infection rate is more than 35 per 100,000 people, masks will be mandatory in crowded public places. They have been mandatory on public transport and in shops since April. Bars and restaurants will also close early.

In areas with more than 50 infections per 100,000 people, parties will be limited to 10 people, and bars and restaurants will close at 11pm. People will also be encouraged to avoid non-essential travel to and from places on this list.

Markus Soeder, the leader of the state of Bavaria, warned: “We are much closer to a second lockdown than we might want to believe. It is perhaps not five to midnight, but rather the stroke of midnight.” 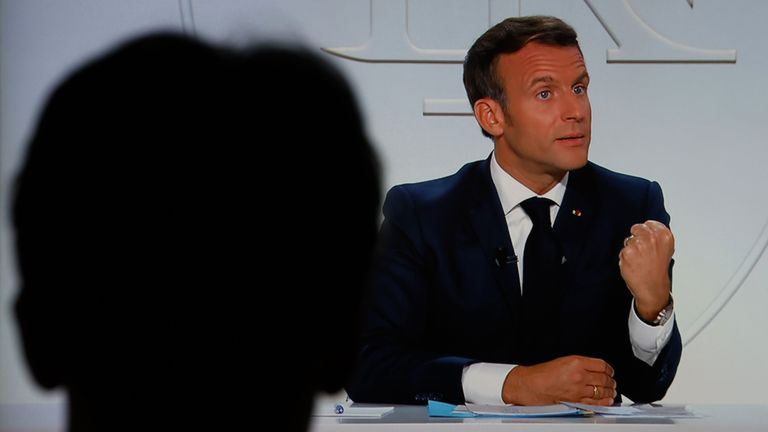 The country reported 22,591 new daily cases on Wednesday – the third time in six days that the daily total has surpassed 20,000.

A state of emergency has been declared, and President Emmanuel Macron has announced a curfew between 9pm and 6am for the worst-affected areas.

Ile-de-France and eight metropolitan areas – including Grenoble, Lille, Lyon, Aix-Marseille, Saint Etienne and Toulouse – will be under curfew for four weeks, starting on Saturday.

It means people cannot go to restaurants or visit friends, but there will be no restrictions on public transport or on travel between regions. 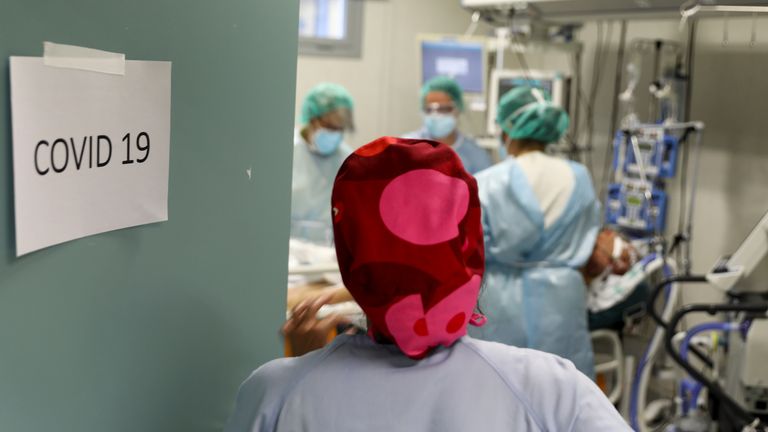 Hospitalisations are on the increase too, but the number of severe cases remains far lower than during the first wave.

Authorities in Catalonia have ordered bars and restaurants to close for 15 days and limited the numbers of people allowed in shops. There will be a ban on all household visits from Thursday night, unless it is for childcare or compassionate reasons.

The border counties of Donegal, Cavan and Monaghan have been moved to the second-highest level of restrictions.

The rules will be in place until 10 November. Schools have been closed to tackle an infection rate of 521 per 100,000 people over 14 days – the highest rate in Europe.

The country’s education minister Robert Plaga said: “It’s necessary to do it and to do it fast.”

The health ministry said the number of infected teachers and education staff had jumped to more than 4,500 since September – a higher number than among health workers. Intensive care beds could be full by the middle of November if the virus continues to grow at the current rate in Belgium.

The country has recorded an infection rate of 429 cases per 100,000 people over 14 days – the second-worst in Europe.

Curfews were introduced last week and bars in Brussels were closed for at least a month. 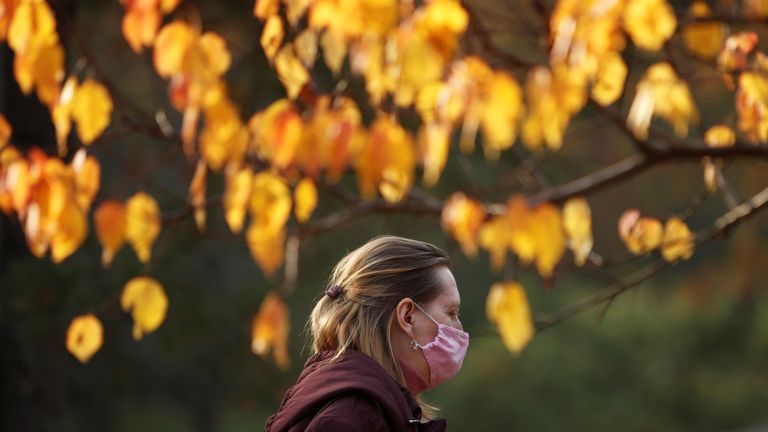 Russia has reported more than 10,000 new cases for 11 consecutive days – and the 14,231 reported on Wednesday marks its highest number since the pandemic began.

There were restrictions in the spring but most of these were lifted during summer, and officials are trying to avoid a second lockdown.

In Moscow, the elderly have been urged to isolate and school holidays have been extended by one week, with some students moving to online lessons.