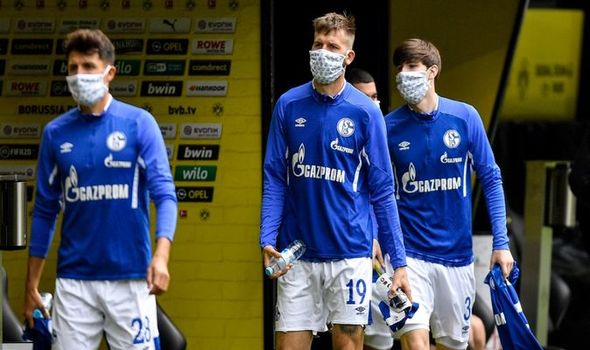 The Bundesliga was the first major sports league to return after the Covid-19 crisis shut down global sport, but it was nothing like what fans had experienced before.

Terraces were empty, substitutes sat metres apart from one another on the benches wearing masks, and footballs were disinfected.

On the pitch, tackles took place as normal and players formed walls, but teams were instructed to follow strict measures to ensure the safety of players and staff.

English fans desperate for their first fix of live football in more than two months were frustrated after the BT Sport app showing the matches kept crashing under soaring demand.

Among games played was the much anticipated Ruhr Valley derby between Borussia Dortmund and Schalke 04 which would normally be played in front of a sell-out crowd.

But Dortmund’s 81,000 capacity Westfalenstadion was surreally silent with just 300 people, including players, staff, team officials, broadcasters and security in attendance as the home team won 4-0. Off the pitch, protesters took to the streets of Berlin, Stuttgart and Munich for the second weekend in a row to call for restrictions to be lifted.

Last week, despite fears of a second wave, Chancellor Angela Merkel gave in to pressure from regional leaders to kickstart the economy by agreeing to a gradual reopening of schools, shops and restaurants. 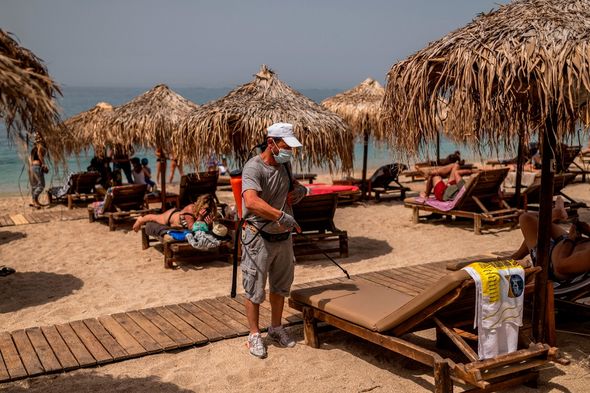 A survey by the German Chambers of Commerce found one in 10 retailers feared going bankrupt if lockdowns were not lifted. The finance ministry is considering a £51billion aid packet for local governments hit by a drop in taxes. Germany’s death toll has been much lower than its neighbours, rising by 57 to 7,881 yesterday while cases of coronavirus increased by 620 to 173,772.

Beaches in Greece, France and Italy reopened for the first weekend since the easing of lockdowns.

On the French Riviera, women wore bikinis along with face masks while keeping their distance from fellow bathers.

Local officials reopened selected beaches in northern France and along the Mediterranean coasts. New rules meant beachgoers were allowed to go for a swim, surf or fish, but sunbathing or staying on a beach for hours remains banned.

Sun-seekers had to comply with a government-issued manual outlining distancing rules, as more than 500 Greek beaches reopened.

At Alimos, south of Athens, people queued up from early morning to grab their spot in the sunshine.

Settling under his umbrella, Yannis Tentomas, in his 70s, said: “This is the best thing for us elderly
to come and relax a bit after being locked in.”

From tomorrow, shops in Italy will reopen and people can travel freely within their home regions.

The US remains the hardest hit country, recording more than 89,000 deaths and 1.48 million cases, but confirmed infections have declined steadily in recent days.

More than two-thirds of US states have now eased restrictions significantly following protests.

In New York State, which accounted for nearly a quarter of the US’s death toll, first steps in the phased lifting of the lockdown have begun in less populated areas. 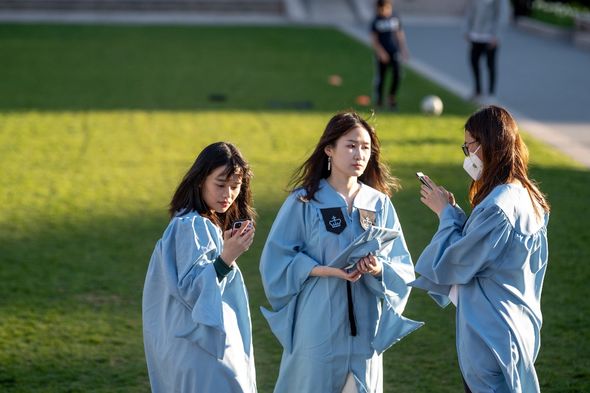 Restrictions remain in force in New York City and Mayor Bill de Blasio warned the opening of the city’s 14 miles of public beaches was “not on the cards” by next week’s Memorial Day weekend.

Beaches elsewhere within the state and in New Jersey, Connecticut and Delaware, will open with restrictions in place to ensure social distancing.

In Brooklyn, people made do by sunbathing in designated marked out spots on a roof terrace, while graduating Masters students at Columbia University, in Manhattan, wore face masks to their ceremony.

Russia recorded its highest daily death toll with 119 new deaths and 9,200 new cases. It now ranks as the third-worst hit country in the world with 272,043 cases and an official death toll of 2,537.

Brazil is also emerging as a Covid-19 hotspot. It recorded a record daily increase of 15,305 new cases and 824 related deaths.

Authorities in Wuhan, China, have begun mass testing after the first cluster of new infections since the city was released from lockdown on April 8.The Chinese authorities have launched a search for asymptomatic carriers of the virus, aiming to gauge the level of Covid-19 risk.