China has reported its highest daily total of new coronavirus cases in two months after Beijing’s largest wholesale food market was shut down following a rise in local infections.

There were 57 confirmed cases in China in the 24 hours to midnight on Saturday, the National Health Commission reported.

It was the highest daily toll since mid-April and included 36 in Beijing.

The new cases come amid mounting concern over a second wave of the COVID-19 pandemic.

China had relaxed most of its anti-virus controls after the ruling Communist Party declared victory over the disease in March. 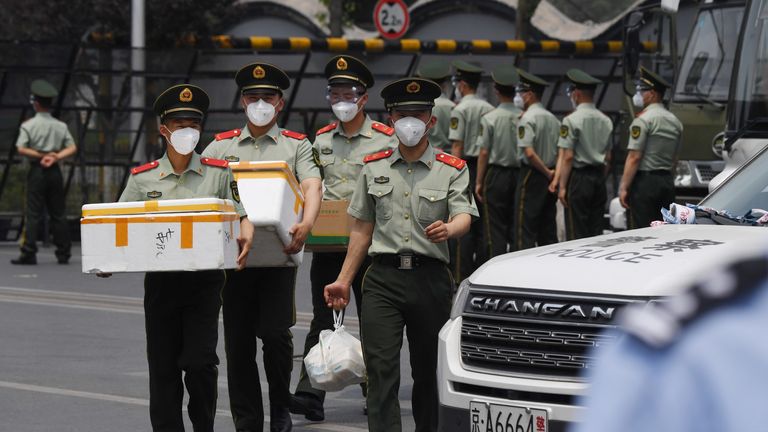 On Saturday, the Xinfadi market on Beijing’s southeastern side was closed and 11 neighbourhoods around it were locked down after more then 50 people in the capital tested positive – the first confirmed cases in 50 days in the city of
20 million people.

An official said the Fengtai district was in “wartime emergency mode” and tourism banned in the Chinese capital.

The cluster was detected after throat swabs from 45 people, out of 517 tested at the Xinfadi market, proved positive for coronavirus, although none of them showed symptoms of COVID-19, according to the authorities. 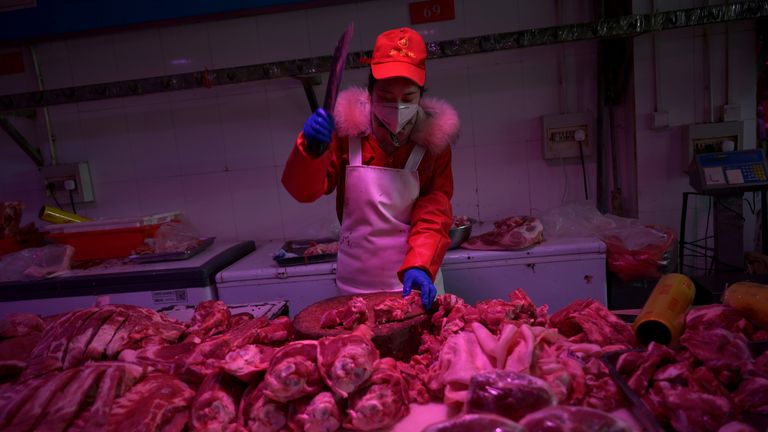 Officials have said more than 10,000 people at the market will be tested, and the premises disinfected.

A city spokesman said all six COVID-19 patients confirmed in Beijing on Friday had visited the market.

They are the first locally transmitted cases in the city in more than 50 days.

The market was closed after someone, who had recently visited it, was reported to have been infected on Thursday.

As well as halting domestic tourism, sporting events have also been suspended in the city, while plans to reopen schools for some students have been dropped.

Sky’s Asia correspondent Siobhan Robbins said: “People in the area have been told not to leave their houses.

“It is a worrying time for Beijing because it hadn’t had a locally transmitted case for almost two months, so it just shows you how tricky COVID-19 is to keep under control, and Beijing isn’t taking any chances.

“Not only are these areas in lockdown, some schools and nurseries in the area were closed on Friday, several other markets have been shut as well.