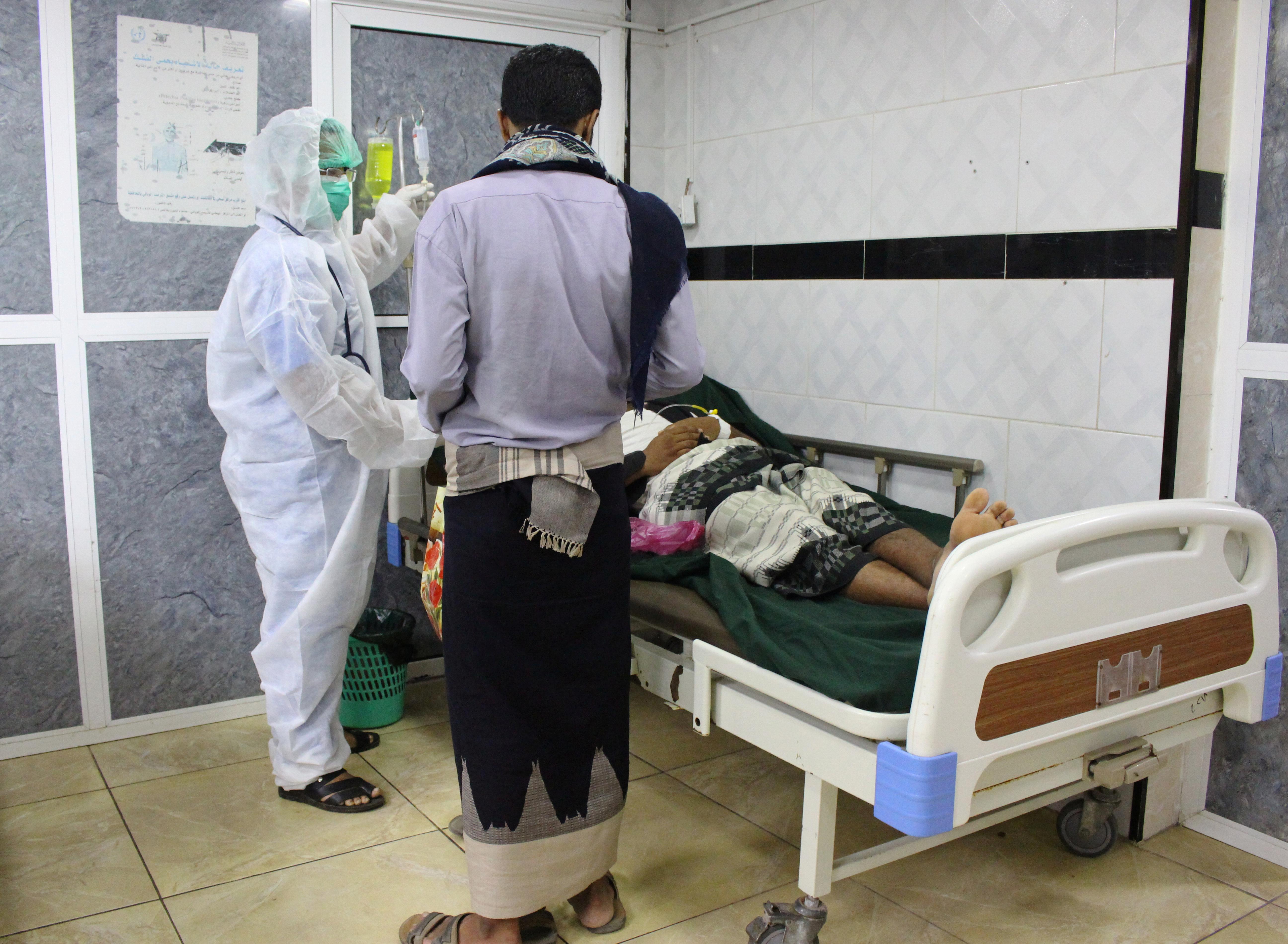 DUBAI (Reuters) – The main coronavirus treatment centre in southern Yemen has recorded at least 68 deaths in just over two weeks, the medical charity running the site said on Thursday, more than double the toll announced by Yemeni authorities so far.

The spokesperson for the Yemeni government coronavirus committee in Aden, the south’s main city and port, was not immediately available for comment.

War-ravaged Yemen, whose malnourished population has among the world’s lowest immunity levels to disease, is divided between the Saudi-backed government based in Aden and its foe, the Iran-aligned Houthi group, in the north.

The Aden-based government has since April 10 announced 180 infections with 30 deaths in areas it holds while the Houthis, who control most large population centres, have reported only four cases with one death in the capital Sanaa.

Doctors Without Borders (MSF) said the dedicated COVID-19 centre in Aden that serves the entire south admitted 173 patients from April 30 to May 17, at least 68 of whom died, suggesting “a wider catastrophe unfolding in the city”.

“What we are seeing in our treatment centre is just the tip of the iceberg in terms of the number of people infected and dying in (Aden),” Caroline Seguin, MSF’s operations manager for Yemen, said in a statement.

“People are coming to us too late to save, and we know that many more people are not coming at all: they are just dying at home.”

Sources have said both sides are not fully disclosing cases. An Aden-based government official admitted authorities face challenges determining cases. The Houthis have denied government accusations they are covering up an outbreak.

MSF’s statement said inadequate testing capacity made it hard to pin down exact numbers but dying patients “clearly have the symptoms of COVID-19”. It said endemic diseases like malaria and dengue “never produced so many deaths in such a short amount of time” in Yemen.