On a beach just outside Marbella, the sun is beating down from a cloudless sky.

The water is clear and inviting, and the sandcastles are looking good. This should be perfect.

Except, of course, it isn’t.

Because for all the sunshine, there is a shadow hanging over many people here. Normally this beach is packed with Britons; now, their numbers are low, and they’re falling by the day.

“This is just the point in the season when the Britons should be coming here in big numbers. But instead, they’re leaving.”

His restaurant is a sort-of clubhouse for many Britons in the area.

Some told us they expected the rules to be reversed, or that they didn’t believe anyone would actually enforce a quarantine.

Everyone I spoke to expressed annoyance that they had had so little warning. 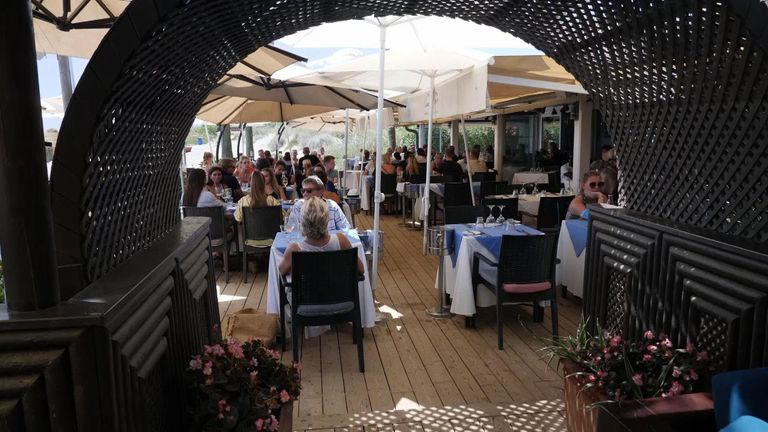 Norwegian tourists, of whom there were plenty on the Costa del Sol, were given a chance to rush home before quarantine rules were enforced by their country. British holidaymakers got no such opportunity.

“I think most people are irritated,” Guy told me. “The average age of someone here is 45 to 50. They have kids and I don’t think they are vulnerable. They’re not scared of the virus, just annoyed.”

On the sun loungers beyond the front of the restaurant, Lynda Ellis is trying not to think too hard about the quarantine.

The Ellis family have been coming to Marbella for years. They love the area, the beaches and the restaurants. But now they are also counting down the days until they return at the weekend, and face quarantine.

Lynda, a company director, sits with her daughter Georgia, who, at the age of 21, has already set up her own business printing company logos on mint-flavoured sweets. Both fret about how the quarantine rules will impact their work. 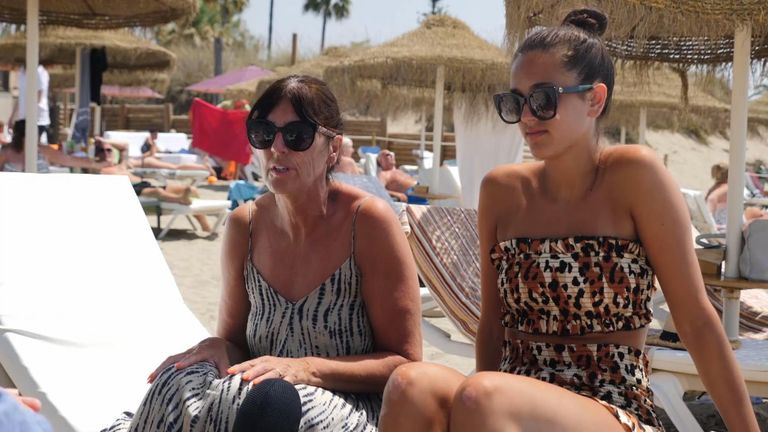 “We were really annoyed because we weren’t given any prior warning,” says Lynda.

“We booked the holiday because we knew the air bridge was going to open, so it was a nasty surprise to see the news about the rules.

“I work with 25 people at my company. We have just got back to working more normally in the office and if I am not there it affects everyone.”

She says she would be happy to take a COVID-19 test to prove her health and is dubious as to whether a quarantine can really be enforced: “How are the government going to keep track of us? Are we really going to quarantine if we know that we are well?”

Alongside her, Georgia says the prospect of quarantine is “a nightmare”.