The recall of the CIA’s station chief in Vienna has highlighted the growing number of “Havana syndrome” cases around the world.

The mysterious illness is named after the Cuban capital where its symptoms were first reported among US Embassy officials in 2016.

Roughly 200 cases of the syndrome have been reported in the past five years, stretching to every continent except Antarctica.

The Washington Post reported on Friday that the CIA’s Vienna station chief had been criticised for responding too slowly to claims of the illness among intelligence personnel.

The newspaper quoted “people familiar with his performance” describing him as sceptical that the illness was genuine and insensitive to the suffering of the staff.

Dozens of US personnel in the Austrian capital have reported symptoms, including diplomats, intelligence officials, and some children of US employees.

Even five years after its symptoms were first reported, however, the origin of the illness remains unclear. 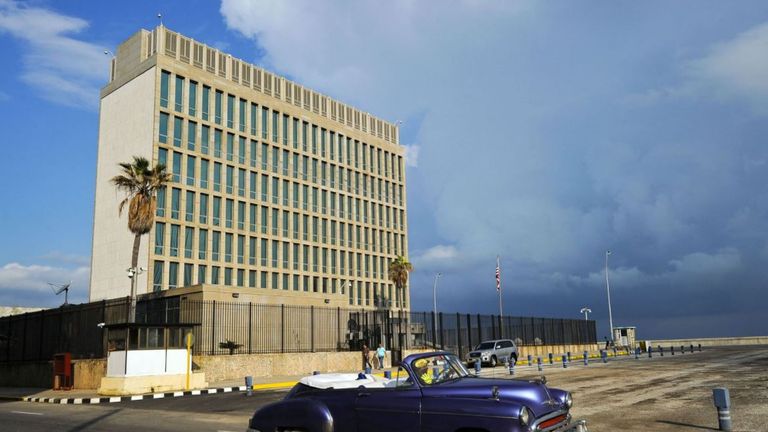 Back in 2016, it was blamed on a covert sonic device, a claim which prompted American officials to bring some staff home from Havana.

Scientists later suggested that the attacks, which also led to Canada bringing home some of its workers, could have been caused by the sound of crickets.

Another theory emerged in 2019, when a sociologist and expert in neurodegenerative diseases blamed emotional trauma and fear for the symptoms.

Initially the Cubans were blamed but then US officials wondered if another state actor, such as Russia, could be behind the attacks in Havana without Cuba’s knowledge.

Cuba’s ministry of foreign affairs had said it “has never permitted, nor will permit, that Cuban territory be used for any action against accredited diplomatic officials or their families”.

In July CIA director William Burns chose a senior CIA officer who played a leading role in the hunt for Osama bin Laden to take charge of the taskforce looking in to the cause of the illnesses.

Mr Burns has described the incidents as “attacks”, saying in July that there was a “very strong possibility” that the syndrome was caused intentionally and that Russia could be behind it.

Moscow has denied any involvement.