Known as the Qiandao Lake, the freshwater stream is located in Chun’an County, Zhejiang, and was formed after the completion of the Xin’an River hydroelectric station. The valley was flooded more than six decades ago to create the lake, but in the process, the city of Shicheng was submerged at the foot of Wu Shi Mountain. It is believed to have been built during the Eastern Han Dynasty, between 25AD and 200AD and YouTube channel ‘Simply Scuba’ detailed how it got its nickname as “China’s Atlantis” during their mini-documentary.

The series revealed: “Submerged beneath the waters in China hides a forgotten necropolis thought to be lost to the waves of time.

“This sunken civilisation was eventually rediscovered.

“This is Lion City, China’s Atlantis – a relic of a bygone era, sacrificed to the change of time.

“In 1959 a hydroelectric dam was completed creating Quinn Dao Lake, which flooded more than 1,300 villages and tens of thousands of acres of land, and forced 290,000 people to relocate. 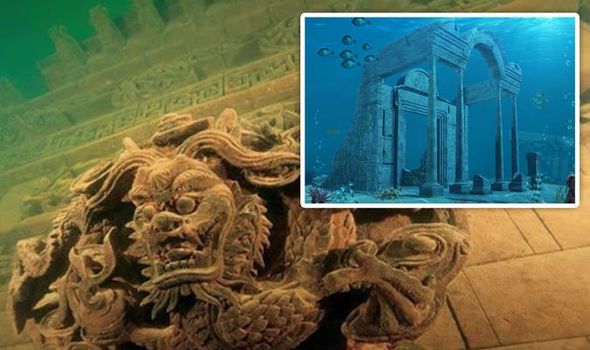 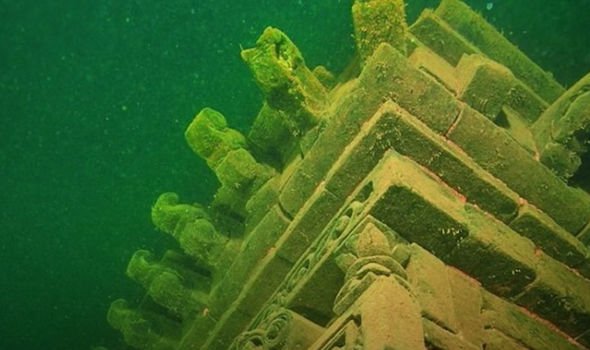 “It also sank an important part of Chinese history.”

The video went on to explain how the city was discovered once again in the 21st century.

It added: “In 2001 the ancient city was rediscovered, submerged between 26 and 40 metres under the surface is Shicheng, also known as Lion City.

“Shicheng was once the political and economic hub of the region. This city was huge and had five entrance gates, as opposed to the traditional four.

“It is a maze of buildings with 265 archways, large streets, wooden beams and stairs. 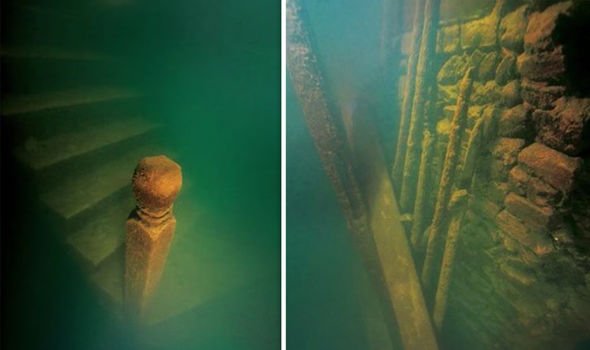 “Surprisingly, despite its incredible age and even after spending decades submerged in water, the city is amazingly preserved.

“This is because it was hidden from the effects of the Sun and the damage of the ever-changing weather.”

The channel, which provides advice to divers on the best spots around the world, detailed what viewers could expect to find at Lion City.

It continued in 2017: “Exquisite stonework of dragons, phoenixes and lions are largely intact and some of the architecture inscriptions and characters date back to 1777 and the city walls to the 16th century.

“This time capsule offers a glimpse into Chinese history, much of the city still remains unmapped, so who knows what else will be found. 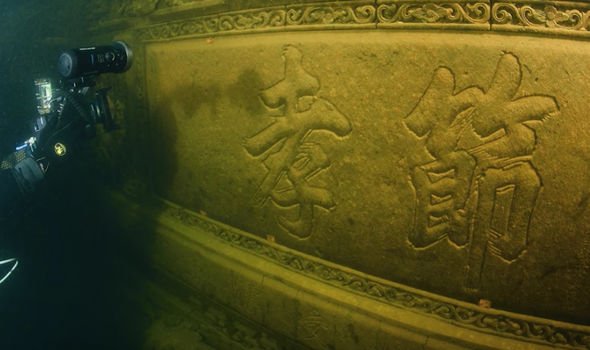 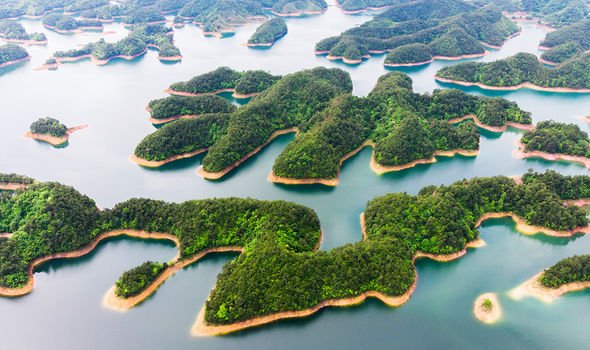 “In 2011 it was acknowledged for its historical elements and relics and came under the protection of the Zhejiang province.

“Due to its remote location there are very few dive operators and visibility varies greatly in the lake.”

More than 1,000 large islands dot Qiandao Lake and a few thousand smaller ones are scattered across more than 221 square miles.

Over 90 percent of the area is forested and the islands include Bird Island, Snake Island, Monkey Island and Lock Island.