One of the country’s most senior generals issued the chilling threat as Beijing ramped up its rhetoric against the democratic island Beijing claims as its own. Speaking at Beijing’s Great Hall of the People on the 15th anniversary of the Anti-Secession Law, Li Zuocheng, chief of the Joint Staff Department and member of the Central Military Commission, refused to rule out the use of military force to quell any uprising.

The 2005 law gives the country the legal basis for military action against Taiwan if it secedes or seems about to, making the narrow Taiwan Strait a potential military flashpoint.

Gen Li said: “If the possibility for peaceful reunification is lost, the people’s armed forces will, with the whole nation, including the people of Taiwan, take all necessary steps to resolutely smash any separatist plots or actions.

“We do not promise to abandon the use of force, and reserve the option to take all necessary measures, to stabilise and control the situation in the Taiwan Strait.” 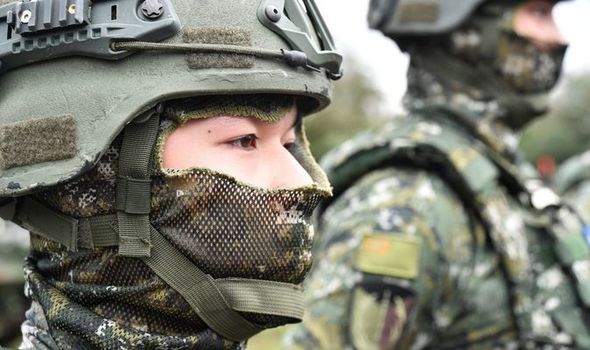 Although China has never renounced the use of force to bring Taiwan under its control, it is rare for a top, serving military officer to so explicitly make the threat in a public setting.

Taiwan’s government denounced the comments, saying that threats of war were a violation of international law and that Taiwan has never been a part of the People’s Republic of China. 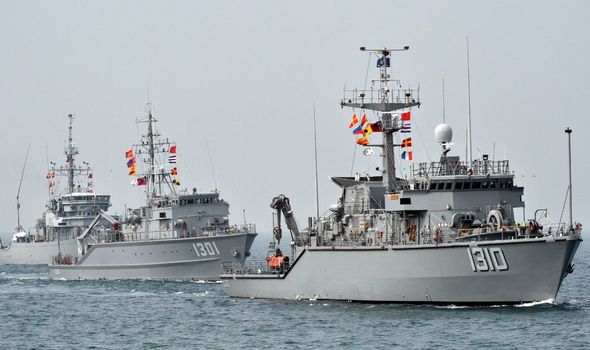 “Force and unilateral decisions are not the way to resolve problems.”

Gen Li is one of China’s few senior officers with combat experience, having taken part in China’s ill-fated invasion of Vietnam in 1979.

Taiwan is China’s most sensitive territorial issue. Beijing says it is a Chinese province, and has denounced the Trump administration’s support for the island.

Li Zhanshu, the third-most-senior leader of China’s ruling Communist Party and head of China’s parliament, told the same event that non-peaceful means were an option of last resort.

He said: “As long as there is a slightest chance of a peaceful resolution, we will put in hundred times the effort.

“We warn Taiwan’s pro-independence and separatist forces sternly, the path of Taiwan independence leads to a dead end; any challenge to this law will be severely punished”.

Taiwan has shown no interest in being run by autocratic China. It has denounced China’s repeated military drills near the island and rejected China’s offer of a “one country, two systems” model of a high degree of autonomy. 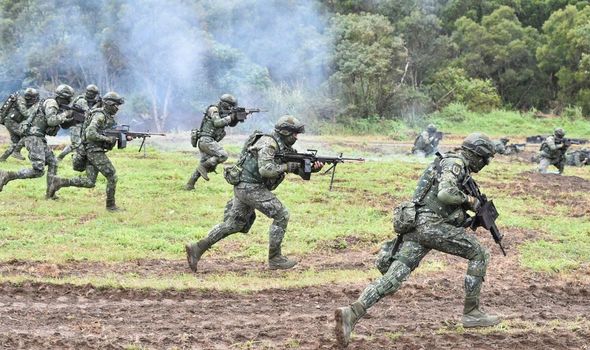 Taiwan President Tsai Ing-wen and her Democratic Progressive Party won presidential and parliamentary elections by a landslide in January, vowing to stand up to Beijing.

China is deeply suspicious of Ms Tsai, whom it accuses of being a separatist bent on declaring formal independence.