Relations between Britain and China have soured over the past few months over Hong Kong, Huawei and China’s handing of the original coronavirus outbreak. Speaking to The Times Liu Xiaoming, China’s ambassador to London, warned it would be a “very dangerous move” for Britain to station a carrier in the far-east.

He said Beijing would interpret such a move as Britain deciding to “gang up with the United States on the Chinese”.

Mr Liu said: “After Brexit I think the UK still wants to play an important role in the world.

“That is not the way to play an important role.”

Beijing is in dispute with a number of its neighbours over control of the South China Sea, one of the world’s busiest shipping routes. 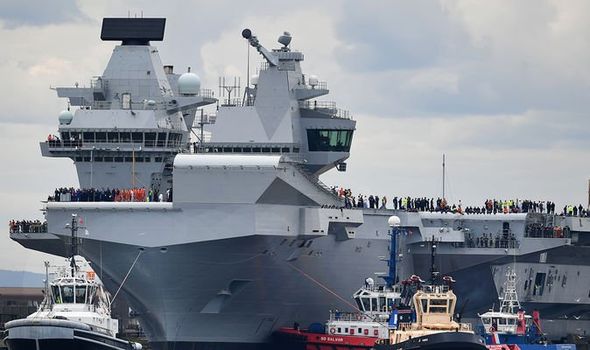 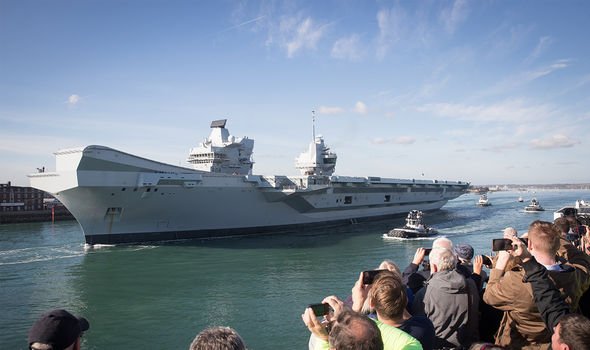 To strength its claim over the region China has been building military bases, including airports, on both natural and artificial islands in the area.

The United States and other western powers refuse to recognise Chinese sovereignty and have been sending warships to conduct ‘freedom of navigation’ patrols through the disputed territory.

In 2018 the Royal Navy’s HMS Albion was involved in a standoff with Chinese forces after sailing close to the Paracel Islands, which Beijing claims, in the South China Sea.

Earlier this week the USS Ralph Johnson, an American destroyer, conducted a freedom of navigation patrol through the contested sea. 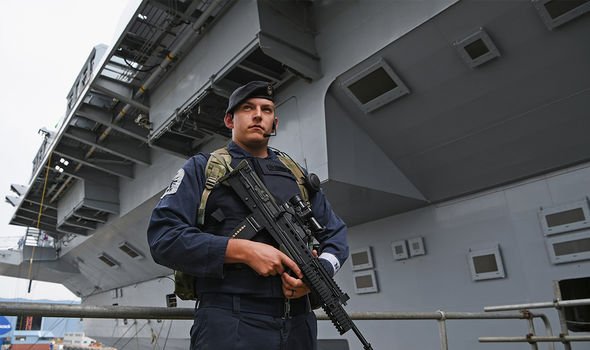 The USS Ronald Reagan carrier battle group has also entered the South China Sea ahead of a planned naval exercise.

US Secretary of State Michael Pompeo said: “Beijing’s claims to offshore resources across most of the South China Sea are completely unlawful”.

Britain accused China of violating the 1984 Sino-British joint declaration which was signed ahead of the 1997 handover of Hong Kong. 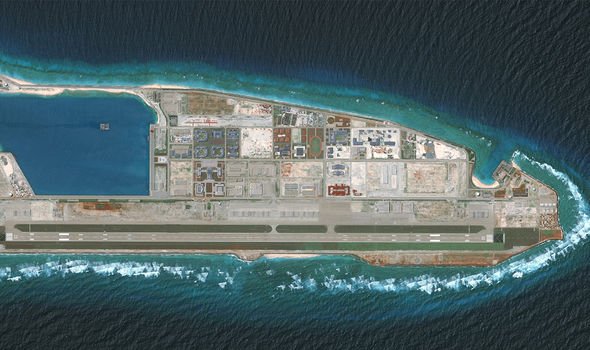 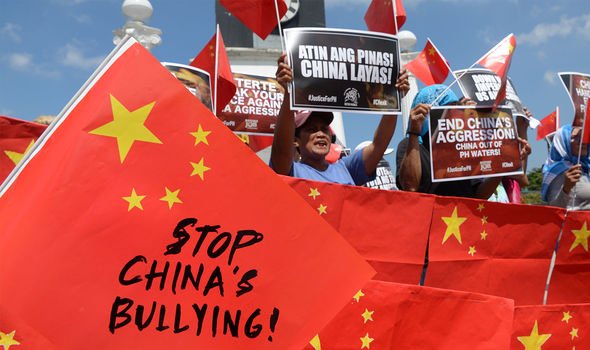 In response the Government announced Hong Kong residents who are eligible for British national overseas passports will be able to live and work in the UK for an extended period of time with a path to full citizenship available to those who do.

A number of prominent Hong Kong pro-democracy activists, such as Nathan Law and Simon Cheng, have already arrived in the UK.

Mr Cheng has suggested they might try and establish a Hong Kong parliament in exile based in the UK.

During his interview with The Times Mr Liu insisted this would be “very dangerous for Britain”.

He added it would be “a serious problem” and warned of unspecified retaliatory measures.

Earlier this month the Government announced all Huawei built equipment must be removed from the UK’s 5G network by 2027.

Huawei, a Chinese company, has a close relationship with the Beijing government so the decision was made on national security grounds. 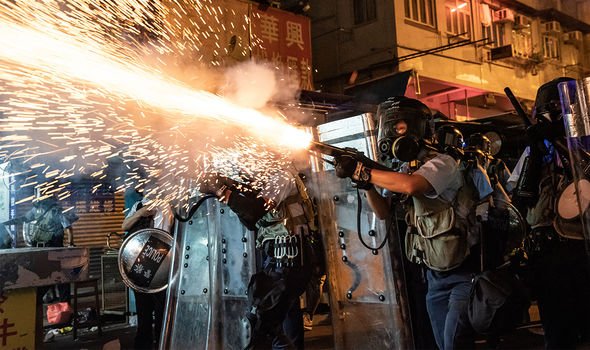 Mr Liu blamed the move on “China hawks and China bashers” within the Conservative Party and warned it would reduce investment into the UK.

Turning his fire on Boris Johnson he said: “National leaders should have a vision about what is in the best interests of the country. They should not succumb to political pressure.

“China-UK relations are too important to be kidnapped by those anti-China forces.”