China’s parliament passed the detailed legislation earlier in the day, giving Beijing sweeping powers over its implementation and setting the stage for the most radical changes in decades to the global financial hub’s way of life.

Beijing had kept full details shrouded in secrecy, giving Hong Kong’s 7.5 million people no time to digest the complex legislation before it entered into force at 11.00 pm (1500 GMT).

The timing was seen as a symbolic humiliation for Britain, coming just an hour before the 23rd anniversary of when Hong Kong’s last colonial governor, Chris Patten, a staunch critic of the law, tearfully handed back Hong Kong to Chinese rule.

Amid fears the law will crush the city’s freedoms, prominent activist Joshua Wong’s Demosisto and other pro-democracy groups said they would dissolve.

“The punitive elements of the law are stupefying,” Simon Young, a law professor at the University of Hong Kong’s law school and a barrister, told Reuters.

“Let us hope no one tries to test this law, for the consequences to the individual and the legal system will be irreparable.”

The legislation pushes Beijing further along a collision course with the United States, Britain and other Western governments, which have said it erodes the high degree of autonomy the city was granted at its July 1, 1997, handover.

Britain and some two dozen Western countries urged China to reconsider the law, saying Beijing must preserve the right to assembly and free press.

The United States condemned the legislation as a violation of Beijing’s international commitments and vowed to go on acting “against those who smothered Hong Kong’s freedom and autonomy.”

China said it would retaliate.

She said the law would not undermine the city’s autonomy or its independent judiciary.

Authorities in Beijing and Hong Kong have repeatedly said the legislation is aimed at a few “troublemakers” and will not affect rights and freedoms, nor investor interests.

As the law was passed in Beijing, the Chinese People’s Liberation Army garrison in Hong Kong held a drill which included exercises to stop suspicious vessels and arrest fugitives, according to the Weibo social media account of state-run CCTV’s military channel.

In their most severe form, crimes will be punishable with life in prison. Punishments otherwise largely go up to 10 years. Properties related to crimes could be frozen or confiscated. 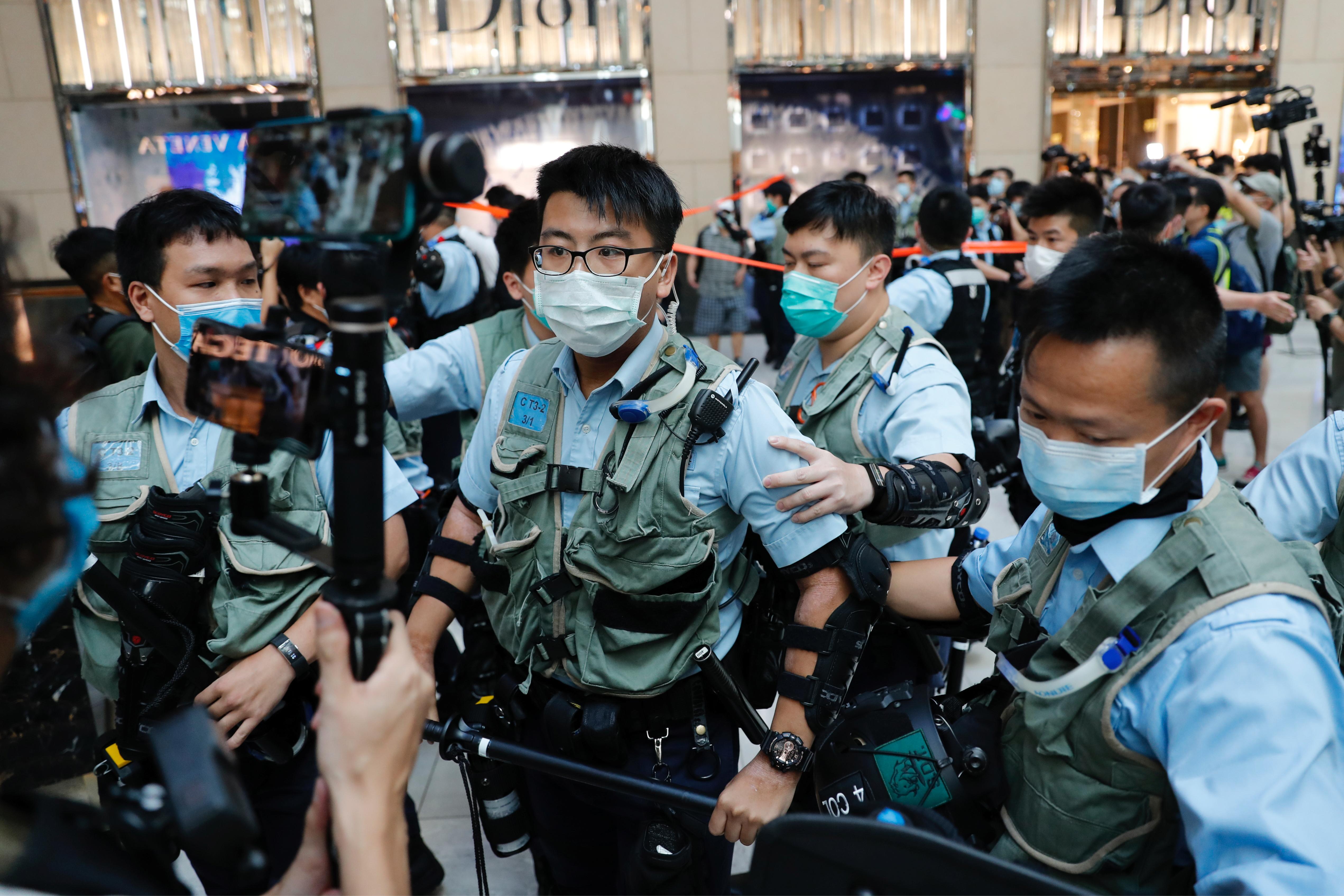 The security legislation will supersede existing Hong Kong laws where there is a conflict and mainland Chinese authorities could exercise jurisdiction over some major cases.

Judges for security cases will be appointed by the city’s chief executive.

According to the law, a new national security agency will be set up for the first time in Hong Kong and will not be under the jurisdiction of the local government. Authorities can carry out surveillance and wire-tap people suspected of endangering national security, it said.

Those asking foreign countries to sanction, blockade or take other hostile action against Hong Kong or China could be guilty of colluding with foreign forces.

Authorities shall take necessary measures “to strengthen the management and servicing of foreign countries’ and international organisations’ branches in Hong Kong, as well as foreign media and NGOs in the city, the law says.

The legislation may get an early test with activists and pro-democracy politicians saying they would defy a police ban, amid coronavirus restrictions, on a rally on the anniversary of the July 1 handover.

“We will never accept the passing of the law, even though it is so overpowering,” said Democratic Party chairman Wu Chi-wai said before the details were revealed.

A majority in Hong Kong opposes the legislation, a poll conducted for Reuters this month showed, but support for the protests has fallen to only a slim majority. 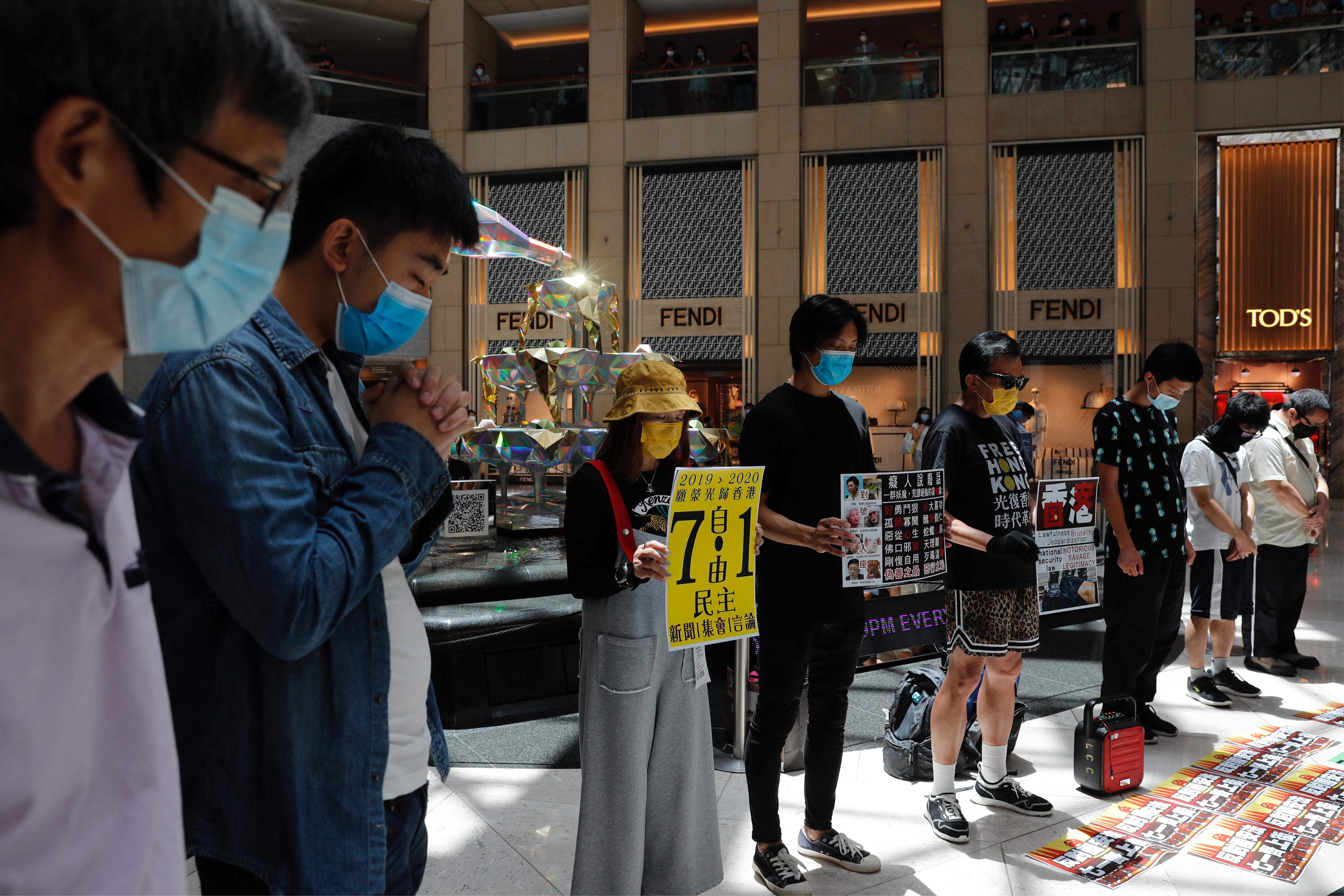 Dozens of supporters of Beijing popped champagne corks and waved Chinese flags in celebration in front of government headquarters.

“This will leave anti-China spies and people who brought chaos to Hong Kong with nowhere to go.”

Britain, the European Union, Japan, Taiwan and others have criticised the legislation, while China has denounced “interference” in its internal affairs.