The Special Frontier Force (SFF) were sent to the Line of Actual Control (LoC) on Saturday after Chinese troops attempted to claim an area of the Ladakh region in the north of the country. Amid fears of a potential China-India war, the SFF has now been stationed in the region with some military sources claiming Beijing cannot be allowed to infringe in the zone any further. The group was previously used to monitor China’s nuclear arms movements following its creation in 1962.

They were trained by several intelligence services and will be seen as the latest in the worsening tensions between the two states.

As well as the deployment of special forces, the Indian military has also developed more outposts following the incident at the Pangong Tso lake on Saturday.

The Indian military stated Chinese troops had attempted to enter the LoC before being confronted.

Government spokesman, Anurag Srivastava said: “Due to timely defensive action, the Indian side was able to prevent these attempts from unilaterally altering the status quo.” 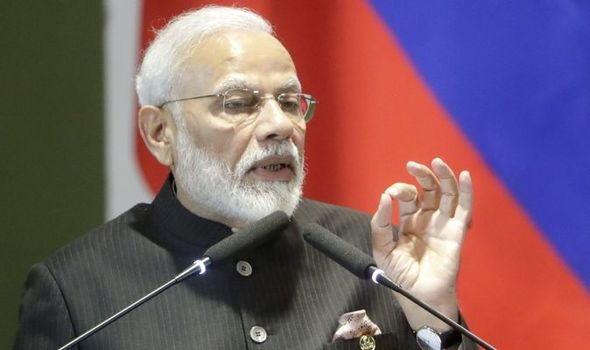 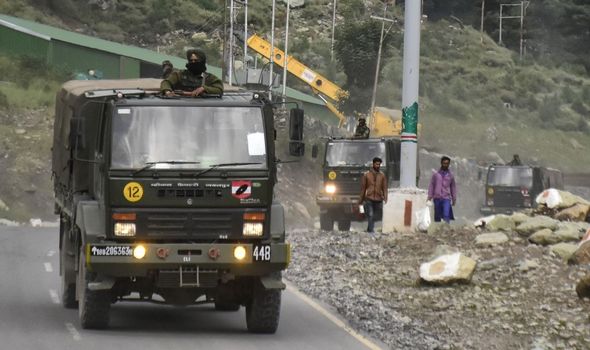 The two countries have sent large numbers of military personnel to the border following the clash in June 15, which resulted in the deaths of 20 Indian soldiers.

She added: “Since the beginning of this year, India has breached bilateral agreements and important consensus many times in the western sector of the China-India boundary, attempted to unilaterally change the status quo by force, undermined peace and stability in the border region and caused tensions.

“The responsibility lies entirely with the Indian side. China has kept maximum restraint to prevent potential escalation.

JUST IN: World War 3: Tensions explode as China is caught off guard by attack 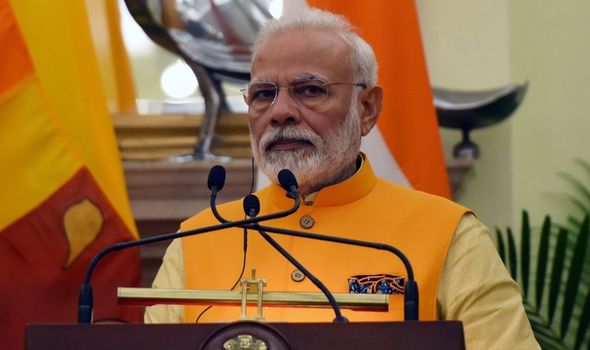 “We urge India to strictly discipline its border troops, stop all provocations at once, immediately withdraw all personnel who illegally trespassed across the LAC, and stop taking any actions that may escalate tensions or complicate matters.

“We hope India will work with China to implement bilateral agreements and important consensus reached by leaders of the two sides, and make concrete efforts to uphold peace and tranquillity in the border areas.”

The People’s Liberation Army (PLA) has so far denied any wrongdoing while accusing India of sparking the incident.

The PLA also demanded all Indian troops withdraw from the area. 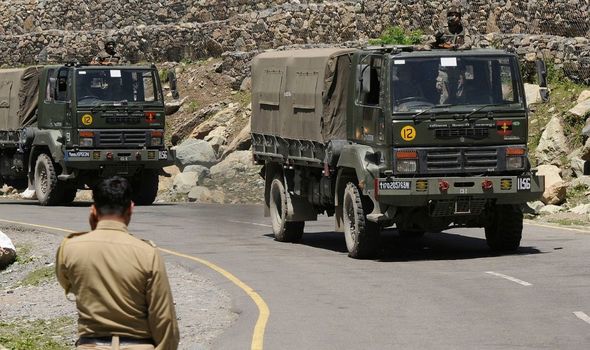 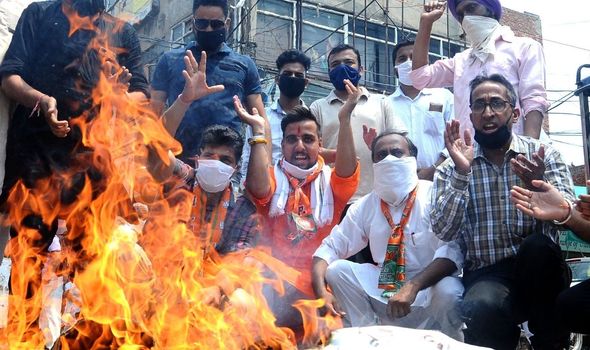 With tensions escalating to tensions not seen since the 1962 war, Chinese state-run Global Times newspaper claimed India is at risk of suffering severe losses.

The newspaper also insisted the US will not come to the aid of the state if conflict does ensue.

“If India would like a military showdown, the PLA is bound to make the Indian army suffer much more severe losses than it did in 1962.

“It must be pointed out that New Delhi is facing a powerful China.

“The PLA has sufficient force to safeguard every inch of the country.

“Chinese people have shown support to the government which won’t seek to provoke India, but does not allow it to encroach on China’s territory. 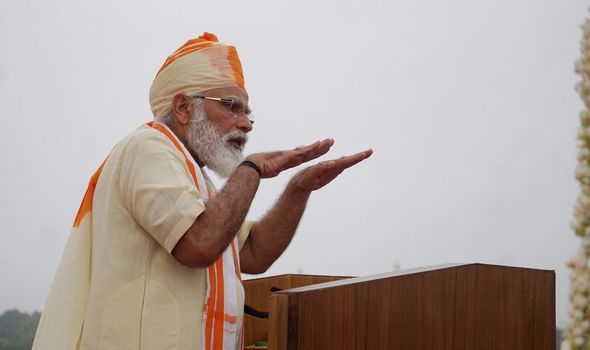 “China is several times stronger than India, and India is no match for China.

“We must smash any Indian illusion that it can deal with China by colluding with other powers, such as the US.”