Footage of a massive terrifying fireball exploding above a densely-populated Chinese city was caught by multiple witnesses. Videos of the fireball explosion quickly went viral, as witnesses took to social media claiming that the explosion “sounded like a bomb blast”. However, a lightning bolt was later found to be behind the massive fireball in Shenyang city in China after it struck high-voltage power lines.

The building that the lightning bolt struck had been under construction at the time.

Footage of the explosion shows a sudden fireball burst, before a “rain of sparks” rains down on nearby roads.

The powerful explosion could be seen across the city. 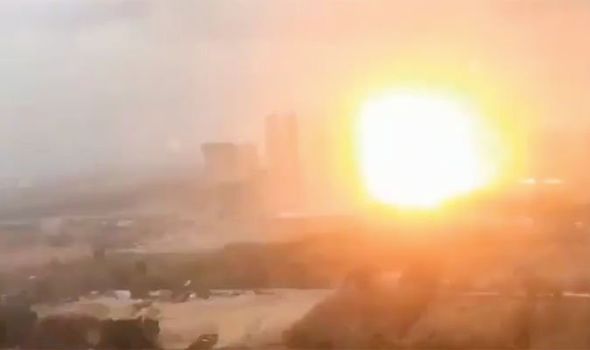 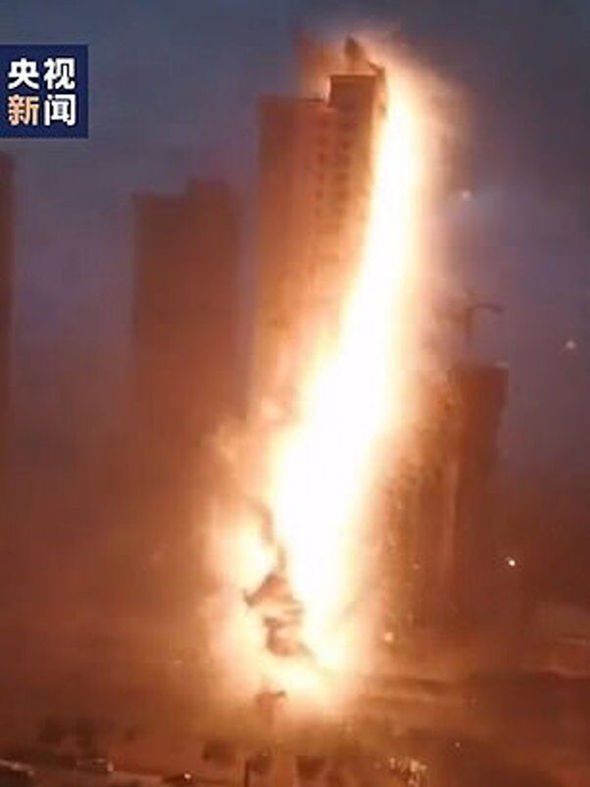 Astonishingly, Chinese state media reported that the blaze did not cause any casualties nor damage to the tower blocks.

The explosion did not even interrupt the local electrical services or cause any fires.

State broadcaster CCTV reported that the fireball hit the Tiexi District of Shenyang.

The fireball was seen by hundreds of people after it exploded during evening rush hour traffic. 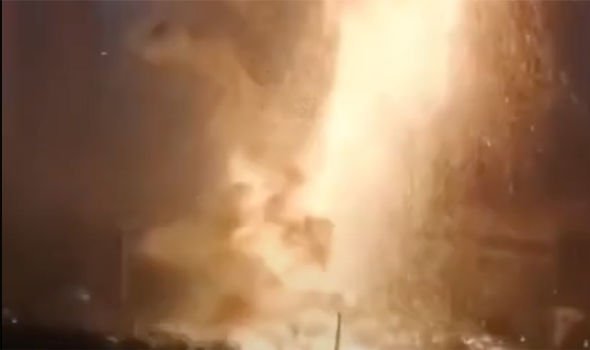 Reaction to the explosion was swift as witnesses described the scene as “hell on earth”.

Other online viewers remarked that it was a “sign of the end times” and a “doomsday” explosion.

Some posted that it “sounded like a bomb had gone off”. 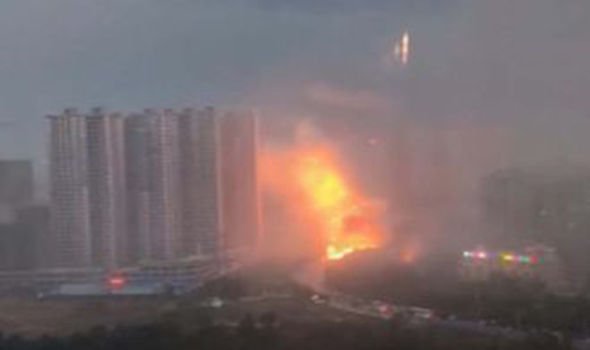 Shenyang, a city of more than eight million in north-eastern China, has been battered by torrential downpours in recent days.

The explosion comes just after an unprecedented blast in Beirut blast killed at least 137 people and injured about 5,000 others, while dozens are still missing.

Lebanese President Michel Aoun said the blast was caused by 2,750 tonnes of ammonium nitrate stored unsafely in a warehouse.