Naval ships, aircraft and personnel from Australia, India, Japan, and the United States started the Malabar exercise in the Bay of Bengal on Tuesday. The drills, including the live firing of ammunition, showcase the military might and tactical capabilities of each nation.

Beijing has raised concerns for the region’s peace and stability as the three-day Malabar exercise off the Visakhapatnam coast began.

It also includes anti-submarine and anti-air warfare operations alongside flying and refuelling missions.

Wang Wenbin, Chinese Foreign Ministry spokesman, said “peace and stability” are at the forefront of the Eastern superpower’s thinking when questioned by journalists.

Mr Wenbin told a press conference this afternoon: “We hope the relevant countries’ military exercise could be conducive to regional peace and stability, instead of working in the opposite way.” 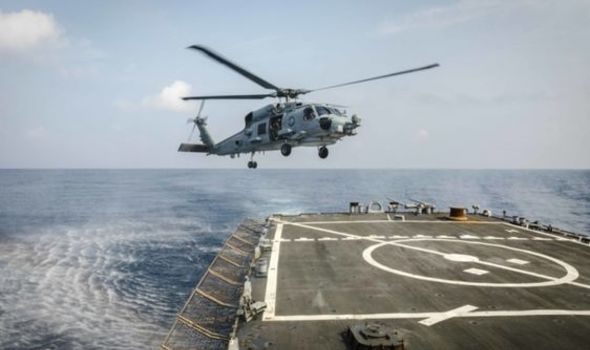 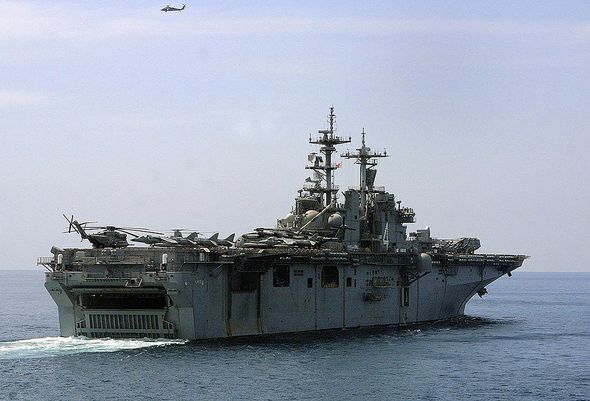 It comes as tensions between India and China are at unprecedented levels following the death of 20 Indian soldiers in clashes at the Himalayan border in June.

China has also condemned the US for agreeing two multibillion-dollar arms deals with Taiwan, and for its military exercises in the South China Sea.

The US has accused China of bullying its neighbours in the South China Sea but Beijing says the West is interfering and endangering security by deploying naval vessels to the region.

Destroyers, frigates, naval helicopters and a submarine are among war vehicles deployed by the allied forces during today’s exercises. 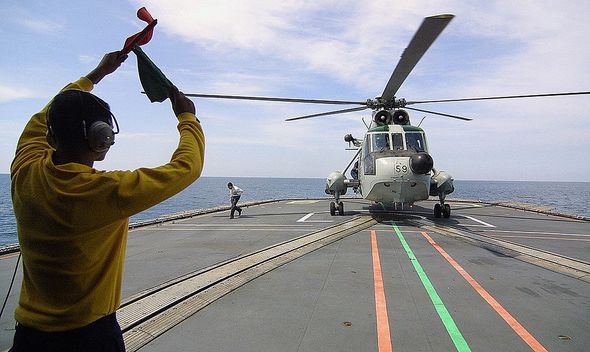 Capt. Steven DeMoss of the US navy said: “India, Japan, and Australia form the core of our strategic partners across the Indo-Pacific.

“It is fitting to see our navies operate in a high end, tactically relevant exercise like Malabar.

“It is another opportunity to further strengthen our combined capabilities and enhance our partnerships.”

Among the warships are a guided-missile destroyer USS John S. McCain and Japan’s JS Onami, a Takanami-class vessel commissioned between 2003 and 2006.

DON’T MISS:
China ‘running out of patience’ and could ‘take Taiwan by force’ for first time in history [INSIGHT]
World War 3 fears SOAR as China releases footage of multiple missiles in live-fire drills [REVEALED]
China steps up flights over Taiwan Straits amid soaring tensions over US weapons deals [LATEST] 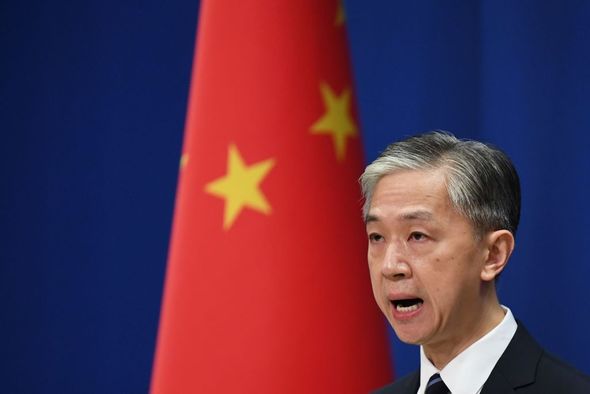 Australian MH-60 and Japanese SH-60 helicopters are also being tested through onboard refuelling exercises and anti-submarine drills.

The Malabar exercises began in 1992 and involved drills featuring the USA and India.

Ryan T. Easterday, commanding officer of the USS John S. McCain, added: “A collaborative approach toward regional security and stability is important now more than ever, to deter all who challenge a free and open Indo-Pacific.”

Japan joined the Malabar operations in 2015.

Australia is involved for the first time in 13 years in response to what the nation believes is an imposing and aggressive stance from China.