A champion wrestler has been executed in Iran despite a plea from Donald Trump for his life to be spared.

Navid Afkari’s case had prompted a social media campaign that portrayed him and his brothers as victims who were targeted for taking part in protests against Iran’s Shia theocracy in 2018.

Iranian authorities had accused the 27-year-old of stabbing a water supply company employee in the southern city of Shiraz amid the unrest. 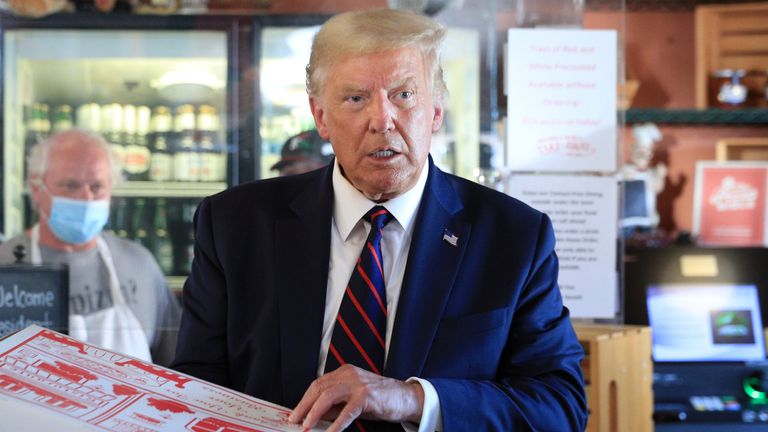 A top justice official was quoted by state TV as saying: “The retaliation sentence against Navid Afkari, the killer of Hassan Turkman, was carried out this morning in Adelabad prison in Shiraz.”

Iran broadcast what was purported to be the wrestler’s televised confession last week, although human rights groups have said he was forced into the statement.

The segment resembled hundreds of other suspected coerced confessions over the last decade in the country.

Amnesty International said Afkari’s request for a judicial review of his death sentence was rejected in a summary fashion by the Supreme Court.

“These brothers are the latest victims of Iran’s deeply flawed criminal justice system, and their case is further evidence that Iranian courts systematically rely on ‘confessions’ obtained under torture and other ill-treatment to secure criminal convictions, in contravention of international law,” said Diana Eltahawy, Amnesty International’s deputy regional director for the Middle East and North Africa.

The case revived a demand inside the country for Iran to end its use of the death penalty.

Imprisoned Iranian human rights lawyer Nasrin Sotoudeh, herself nearly a month into a hunger strike over conditions at Tehran’s Evin prison amid the coronavirus pandemic, said she supported Afkari.

And the US president had also previously tweeted out his own plea over Afkari’s case.

“To the leaders of Iran, I would greatly appreciate if you would spare this young man’s life, and not execute him,” Mr Trump wrote.

Iran responded to the tweet with a near 11-minute state TV package on Afkari, which featured the weeping parents of the murdered water company employee.

The report included footage of Afkari on the back of a motorbike, saying he had stabbed his victim in the back, without providing any explanation for why he would have carried out the assault.

It showed blurred police documents and described the killing as a “personal dispute”, without elaborating.

The segment claimed Afkari’s mobile phone had been in the area and it showed surveillance footage of him walking down a street, talking on his handset.

“Trump is worried about the life of a murderer while he puts many Iranian patients’ lives in danger by imposing severe sanctions,” the agency said in a feature story.