Under a warm, blue sky, Thierry Voirin is wandering through his fields of vines. Carefully, he examines them, looks at the leaves, feels the soil.

Here, in the only place in the world allowed to use the name for its sparkling wine, his grapes will be used to make champagne.

It is a luxury product, but Thierry is not living the champagne lifestyle.

Once a builder, he took up viniculture after losing his job a decade ago. He has slowly built up his holding of two hectares and walks through them with pride.

The mild weather, and the lack of storms, means this year’s crop could be of an exceptional quality. Except – it may never get picked. 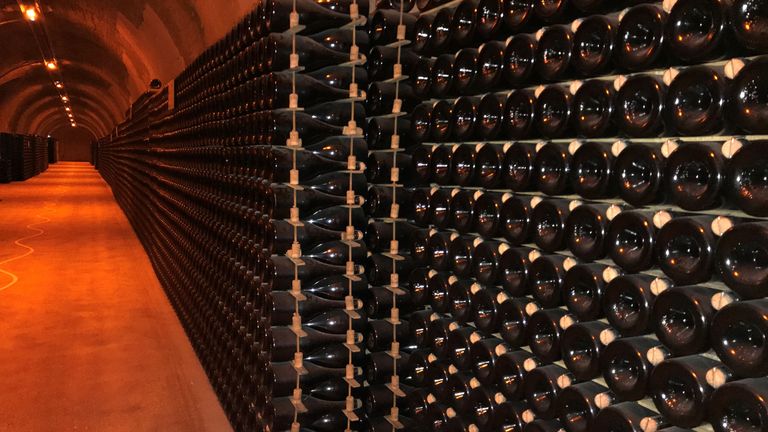 Coronavirus has caused huge damage to the champagne industry. Restaurants and bars account for a great proportion of champagne sales. Then there are weddings and other social occasions; sports events and festivals.

All those bottles that are normally drunk in celebration… have never been sold.

During the European lockdown, it was estimated that sales of champagne were down by more than 75%. Now, as the continent returns to a sort of normality, consumption is rising, but it’s predicted that only 200 million bottles will be sold this year – about 100 million fewer than in 2019. 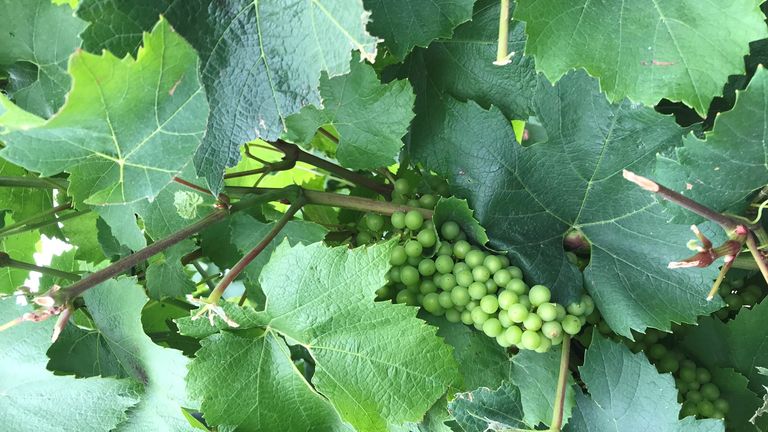 And the knock-on effect of that is the vats and cellars are still full at the region’s champagne producers.

If there’s no space to produce and store new wine, why bother picking the grapes in the first place? Little wonder that Thierry looks anxious as he tends his vines.

“I have never seen such low demand,” he says. “We know very well that the normal level of consumption is not there. We cannot sell what people do not buy. And the vats, the storage tanks… when they are full, they are full. You can’t store grapes indefinitely.” 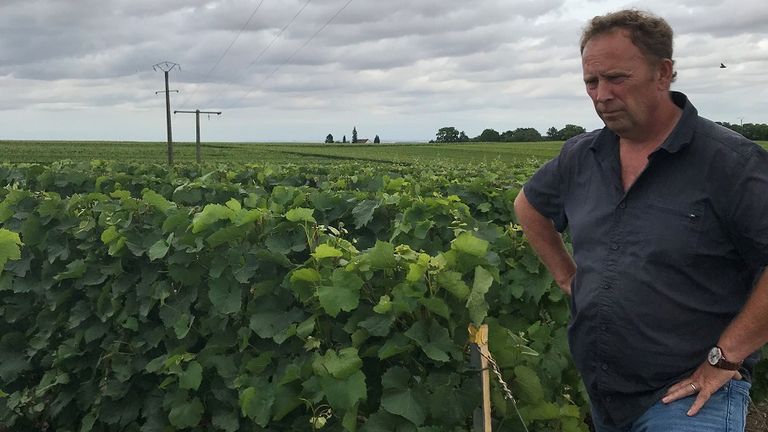 So what will happen to all these grapes?

“If there are no places to sell them, then there is nothing we can do. Either it’s going to be turned into vinegar, or it will be thrown away.”

It is a pretty stark warning. But the Champagne region has adapted.

Down the road in Reims – the heart of the area – you can visit the bases of Pommery, Lanson, Mumm and other great champagne houses.

Bollinger and Moet et Chandon are not far away. Tourism has become part of their business model but that, too, was wiped out by the virus earlier this year. Now, the visitors are slowly returning.

Last year, four million people visited Reims. This year, the number will be far, far lower. The question has been how to tempt people back.

The oldest of all the champagne producers is Ruinart. The company sells around two million bottles a year, produced in its beautiful headquarters in the city. Bottles mature beneath the ground, in chalk caves that were first dug out many centuries ago.

Olivier Livoir is the company’s hospitality manager. He said: “COVID has changed a lot for us. This international crisis, of a magnitude that had never been known, happened just days after we had opened for the season to visitors. So we had to close the cellars that had only just been reopened.

“Over the years, we have tried to adapt to a world that is changing public tastes a lot – we reduce sugar percentages or create pink cuvees. And then, all of a sudden, we have a crisis that we have never experienced, but that no one had imagined.

“Are we going to adapt? It may be less intrinsically about our product, champagne, but rather the experiences that we create around champagne. We are going to do shorter, more virtual experiments – a virtual tour of our cellars for those who do not wish to go down or do not have the opportunity to stay long enough with us. “And then we will also create sharing experiences. We recently created brunches that are aimed at all audiences who want to come to the region, whether they live in Champagne, during which we can share the know-how of our chef and our oenologist.”

This is a microcosm of the ripple effect of this virus, of how it will end up affecting every industry, whether in France, the UK or anywhere else.

Even if you don’t drink bubbly, it’s obvious that the champagne world creates tens of thousands of jobs, generates vast amounts of tax revenue and stimulates other businesses in its wake: restaurants, coach tours, regional tourism.

Little wonder that the French government will offer more concessions to the industry, but also little wonder that, not for the first time, champagne is causing some serious headaches.