From June to August, the blazes emitted far more planet-warming carbon dioxide than in any other summer in nearly two decades, satellite data shows. 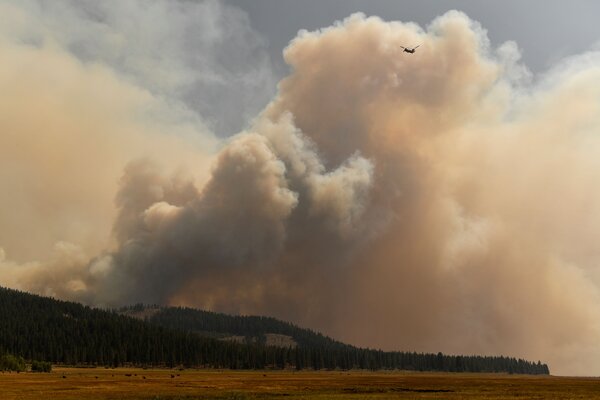 This wildfire season so far in California has been extraordinary, producing thousands of fires — including one that, at nearly a million acres burned, is the largest single fire in state history — and spewing so much smoke that air quality has been affected thousands of miles away.

Wildfires can have a global climate impact as well, because burning vegetation releases planet-warming carbon dioxide. And from June through August, California fires emitted twice as much CO2 as during the same period last year, and far more than any other summer in nearly two decades.

That’s the conclusion of the Copernicus Atmospheric Monitoring Service, a European Union-financed agency, which estimates emissions based on satellite measurements available since 2003. Over the three months, it said, California fires released more than 75 million metric tons of carbon dioxide.

That’s a small amount compared with annual worldwide CO2 emissions from burning fossil fuels, which are expected to total about 33 billion tons this year. And most of the CO2 emitted by wildfires may, over time, be offset as vegetation recolonizing burned areas uses CO2 to grow. Still, any additional amount of CO2 in the atmosphere contributes to warming.

Overall, fires in the Western United States released 130 million tons of CO2 this summer, according to the agency’s estimates. This included about 17 million tons in Oregon, more than 10 times the amount released last year. The Bootleg fire, which burned more than 400,000 acres in July and August, was one of the largest in Oregon history. The Dixie fire in Northern California is that state’s largest.

Broiling summer temperatures across much of the West, coupled with severe drought, combined to make the fires grow rapidly, sometimes consuming tens of thousands of acres in a matter of hours.

“The ground is drier, vegetation is drier,” said Mark Parrington, a senior scientist and wildfire expert at the Copernicus Atmosphere Monitoring Service. “Add drought on top of that, and that accelerates the scale of the fire.”

So far in California, wildfires have burned about 2.3 million acres, which is below last year's totals at this date. But Dr. Parrington said emissions for June to August were higher this year because, with the drought, severe fires generally started earlier than last year.

Wildfire season has been severe, and emissions have set records, in other parts of the Northern Hemisphere as well, the agency said.

There were large fires in Western Canada and around the Mediterranean basin, including one in Greece that grew from a few acres to more than 120,000 acres in less than three weeks.

In the Sakha Republic in northeastern Siberia, where large summer fires are not uncommon, this summer has been especially bad, with severe fires starting as early as June.

The burned area in Sakha is much larger than in California, and as a result emissions are much higher. The agency estimated CO2 emissions at more than 750 million tons over the three months, double that of the year before.

Most of the Siberian fires were below the Arctic Circle, unlike last year, when much of the burned area was in the Arctic. This year, Arctic wildfires released about 65 million tons of CO2 over the summer, the agency said.

Copernicus uses data from sensors on several NASA satellites that measure surface brightness temperatures in near real time. It then looks for deviations from normal temperatures that indicate a fire, and estimates how much energy the fire is radiating. From that, using information about vegetation types, it estimates how much carbon dioxide and other gases are being emitted.

Other groups estimate fire emissions after the season is over, using aerial or satellite images of burn scars and other data. Dr. Parrington said that historically his agency’s estimates “compare pretty well” with the others. 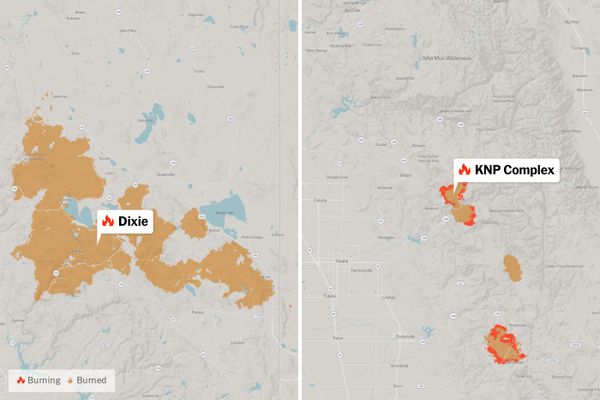 Track Wildfires in the West