The bubonic plague is an infectious disease caused by the bacteria Yersinia pestis, a zoonotic bacteria which is often found in small mammals like rodents. It is transmitted between animals through fleas and can be contracted by humans from the bite of infected fleas, unprotected contact with infectious bodily fluids and contaminated materials, or the inhalation of respiratory droplets and small particles from an infected patient. The bubonic plague manifests itself severely in humans and has a case fatality ratio spanning from 30 to 100 percent if left untreated.

Historically, the bubonic plague has been responsible for some of the world’s biggest epidemics.

Known as the Black Death during the Middle Ages, it caused the deaths of more than 50 million people in Europe.

There are two main forms of plague infection, depending on the route of infection: bubonic and pneumonic.

Bubonic plague is brought on by the bite of an infected flea and travels through the lymphatic system to the nearest lymph node where it replicates itself. 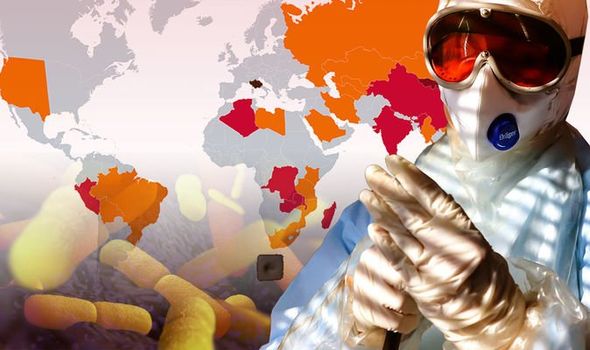 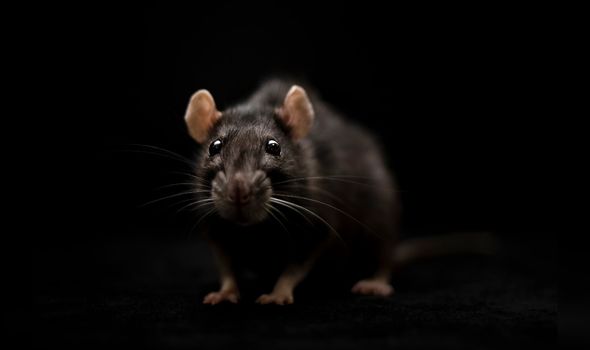 The lymph node then becomes inflamed, tense and painful, and is referred to as a bubo – hence the name.

Pneumonic plague, or lung-based plague, is the more dangerous of the two varieties.

The disease’s incubation period can be as short as 24 hours, and if left untreated, can be fatal.

Any person carrying the pneumonic plague is able to spread it to other people via droplets. 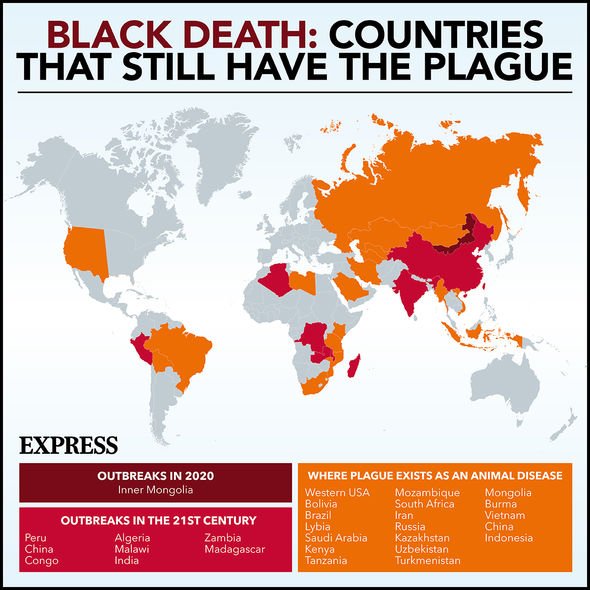 As it currently stands, the plague is no longer a risk in the UK but is still widely reported across the world.

Cases occur most often throughout countries in Asia, Africa, South America and the USA.

Annually, most human cases are reported in Africa, with Madagascar widely regarded as the most affected country.

Cases are usually brought forward from specific, rural areas every year in the period between April and September. 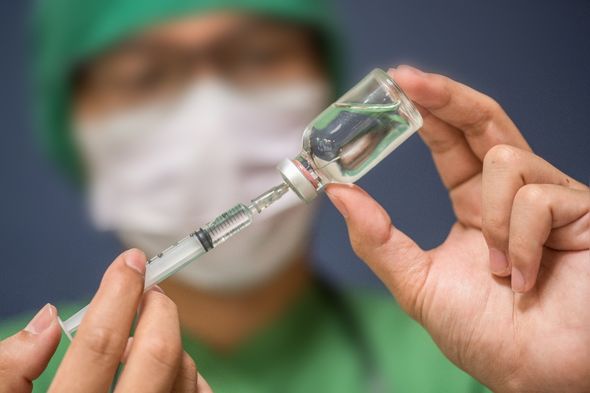 The risk level for travellers to any endemic country is generally regarded as being very low, based on the rarity of cases.

However, during one unusual outbreak in Madagascar, the plague risk rating for travellers and those working in the country was increased to low-moderate for the duration.

Even with a positive diagnosis for bubonic plague, advancements in modern medicine mean it can be easily treated.

Dr Shanthi Kappagoda, an infectious disease physician at Standford Health Care in the US, said: “Unlike in the 14th century, we now have an understanding of how this disease is transmitted”.

Dr Kappagoda continued: “We know how to prevent it – avoid handling sick or dead animals in the areas where there is transmission.

“We are also able to treat patients who are infected with effective antibiotics, and can give antibiotics to people who may have been exposed to the bacteria and prevent them from getting sick.

“It is critically important to be treated early as a delay in receiving antibiotics increase the risk of dying.”

The US sees about seven cases a year, typically within the south-western states, including Arizona, California, Colorado, New Mexico and Texas, where the bacteria are carried by wild rodents.