Britain is likely to witness snowy weather conditions next week amid the heavy flood warnings issued by the Met Office this weekend. Longer range forecasts for next weekend by independent forecasting group WXCharts suggest wintery showers will hit the Scottish Highlands.

They predict a cold blast beginning on the afternoon of Saturday, October 15, and lasting into the early hours of Sunday.

Forecasters told The Sun that temperatures could drop below zero on Tuesday and Wednesday next week, following a weekend of blustery winds and rain in the north.

However for many, there will be more “changeable conditions”, with rain hitting parts of the country as flood alerts are put in place in Cumbria and Derbyshire. 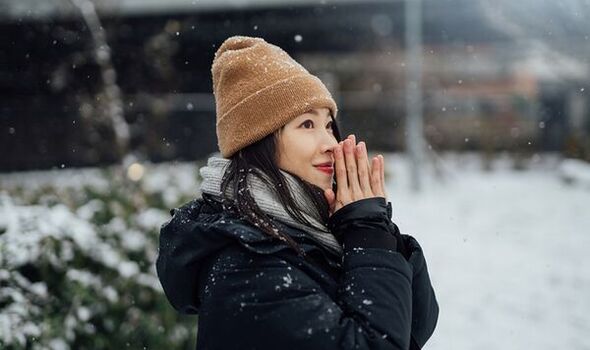 “Exact weather conditions will be dictated by where the high pressure settles over the Atlantic and the UK, but we are likely to see a higher incidence of northerly airflows, preventing mild, moist air flowing to the UK from the Atlantic Ocean and increasing the potential for cold snaps with some threat of snow and ice, mainly in northern areas.”

At present, there is one flood warning and two flood alerts in place.

The Met Office stated: “Local flooding is possible but not expected from coastal/tidal along the Yorkshire and Humber coastline on Monday. Land, road and some properties may flood and there may be travel disruption.” 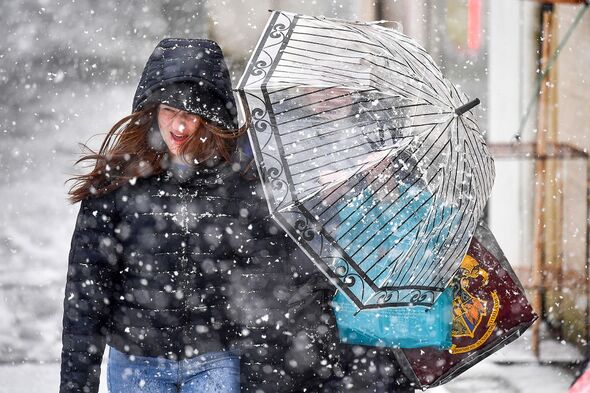 According to Met Office, on Saturday most parts may stay dry with broken cloud, sunny spells and light winds. Cloudy and breezy weather across northern and western Scotland with a few showers expected during the day.

However, according to the weather experts, for much of the UK, it will be a fine but nippy start on Saturday.

Jo Farrow, a meterologist with Netweather.Tv said: “There will be a good deal of sunshine about, light winds and a fine morning.

“Through the day the westerly wind will freshen over Northern Ireland, Scotland and the far north of England. There will be more cloud from the northwest with patchy rain for western Scotland, Cumbria and Lancashire and more showery outbreaks for the Northern Isles.

DON’T MISS:
William to ‘rip up the rulebook’ as he takes up the new title
Ministers back plans to keep free train travel for military
Mark Dolan urges Brits to preserve pubs as industry witnesses turmoil

“None of this will be too heavy but still a rather grey, damp picture for western parts in the onshore flow. Further east to the lee of high ground there should be breaks appearing in the cloud and some sunny spells for northeast Britain.”

For the southern half of the UK, the winds will be lighter especially so for the Channel Islands and South West England.

She added: “The onshore flow for western Wales could bring more cloud, even light patchy rain at times on Saturday but overall, it looks like a fair day.

“Most of England will be dry and bright with temperatures around 14 to 18C. Glasgow and Belfast will be 14C. Birmingham and Cardiff up to 16C and London 18C.”