Alexander Rodnyansky discussed Ukraine’s Government not taking responsibility for the attack. The former adviser explained that the lorry which carried out the attack was driving from Russia to Crimea. Mr Rodnyansky claimed that the Kerch bridge attack was an obvious consequence of Putin’s heinous actions throughout the ongoing illegal invasion of Ukraine. The former adviser also speculated that the destruction of the Kerch bridge could be a clear sign that a movement is probably starting up against the Russian dictator’s regime.

Ms Husain said: “Can we, first of all, go back two days into the bombing of the bridge, that very striking moment of the bridge that links Russia to Crimea?

“Does Ukraine take responsibility for that attack?”

Mr Rodnyansky told BBC Radio 4’s Today programme: “So formerly we haven’t taken responsibility and in fact, if you look at how the bombing seems to of happened, it was a lorry that was driving from Russia to Crimea.

“So we know we haven’t publically taken responsibility for that but it’s obviously a consequence of the heinous war that Putin has conducted.” 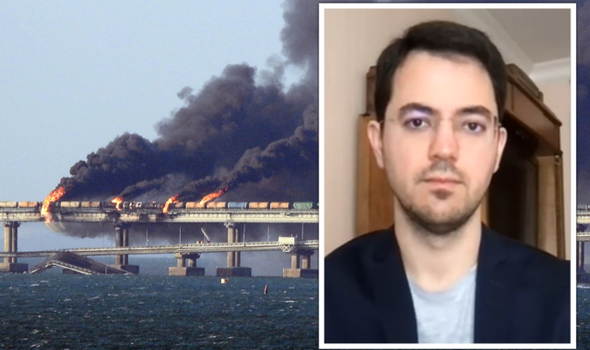 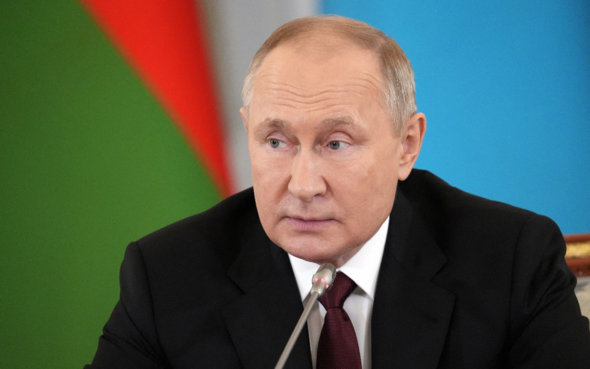 Ms Husain added; “And I understand the care that is being taken, is it so as not to provoke Russia further?”

Mr Rodnyansky said: “No that’s not even true, I mean we just… We haven’t formally taken responsibility because that’s not what we have organised, you know, directly.

“There is obviously this war that was begun by Putin, there is a lot of consequences even within Russia.

“And there is obviously a movement that is probably starting up already, and we see the first signs of the crumbling of the Russian regime, so that was to be expected.”

Many military experts have been explaining what a blow the bridge attack is for Russia.

Some have also warned of major retaliations which could take place on Ukraine’s soil, at the hands of the Russians.

The Kerch bridge was a key supply line for Russia, and it will affect what goods and weapons can be transported into occupied Crimea.

The destruction of the bridge will hinder their shipments for the next few weeks until the bridge is fixed.

DON’T MISS: ‘Top of list!’ Charles may visit Canada instead of COP27 on first trip abroad as King[INSIGHT] 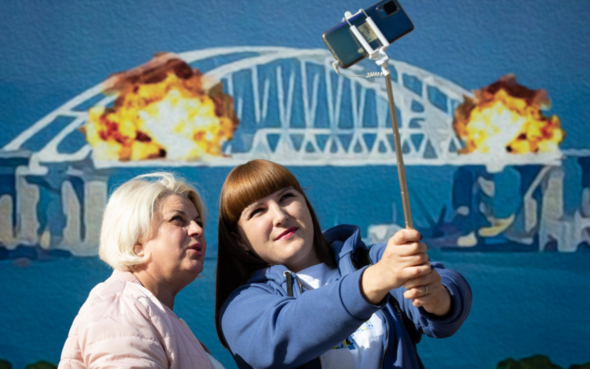 Military defence analyst Michael Clarke told Sky News: “Russian supply lines into Kherson will be affected in quite a big way. However, this is temporary, the Russians will repair the bridge for sure.

“And if the Ukrainians could’ve hit the rail bridge more strongly than they obviously did, then that would be better for them but to bring the bridge down is a tremendous achievement and to damage, the bridge is still pretty good.

He added: “My guess is this will give the Ukrainians two weeks, three weeks – until all of this is repaired – of advantage where the Russians will find it very difficult to get their equipment into the Kherson region where they are already in trouble.”