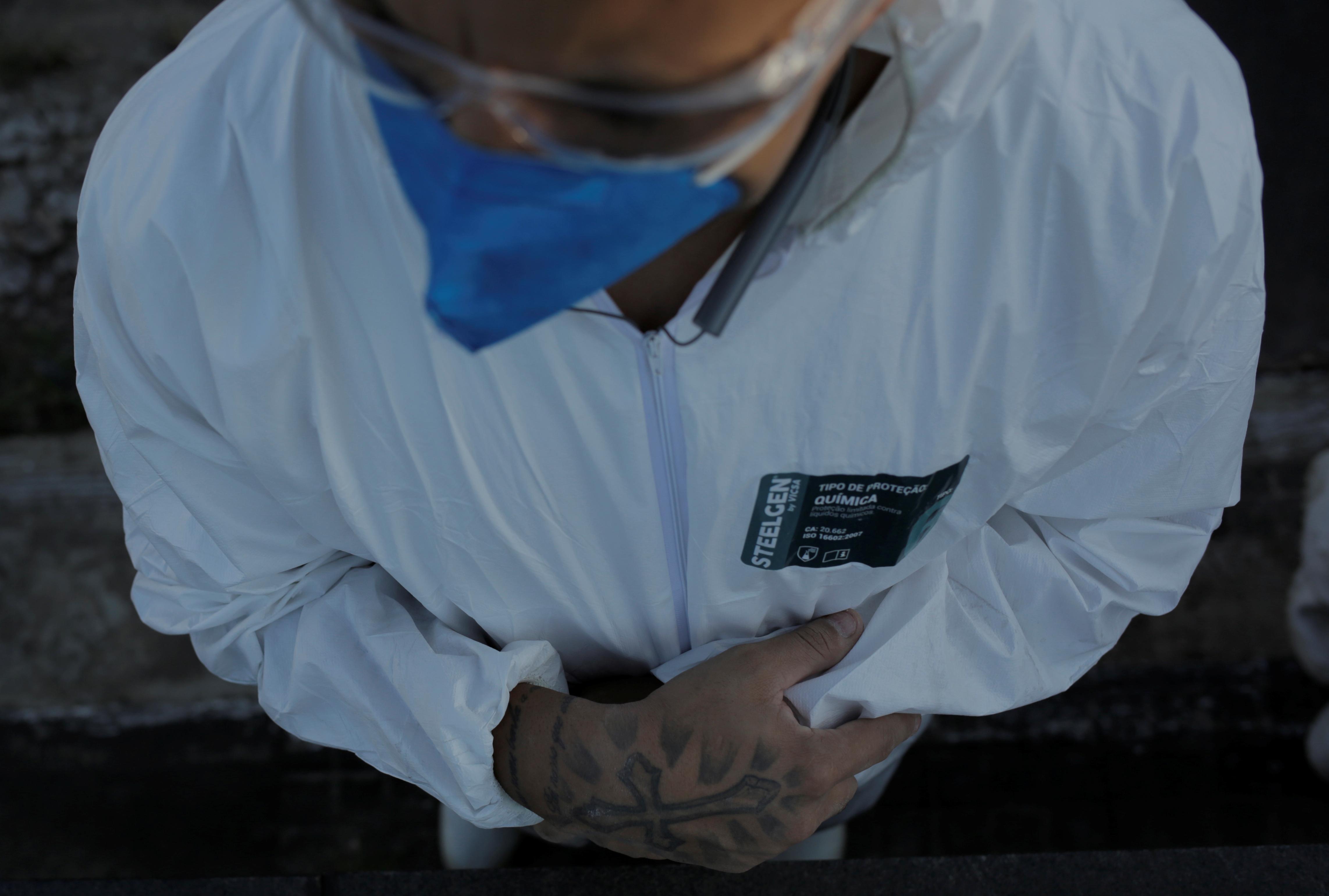 RIO DE JANEIRO (Reuters) – Nearly 50,000 people have died from the coronavirus in Brazil, the world No. 2 hotspot, with 1,022 fatalities in the last 24 hours, the Health Ministry said on Saturday.

A total of 49,976 people have officially died from COVID-19 in Brazil, according to the ministry, with a total of 1,067,579 confirmed cases. Only the United States has recorded more deaths and cases.

Brazil confirmed its first case of the novel coronavirus on Feb. 26 and passed 1 million cases on Friday. Experts say the true numbers are likely far higher due to a lack of widespread testing.

Since first arriving in the continent-size country, the virus has spread relentlessly, eroding support for right-wing President Jair Bolsonaro and raising fears of economic collapse after years of anemic growth.

Bolsonaro, sometimes called the “Tropical Trump,” has been widely criticized for his handling of the crisis. The country still has no permanent health minister after losing two since April, following clashes with the president.

Bolsonaro has shunned social distancing, calling it a job-killing measure more dangerous than the virus itself. He has also promoted two anti-malarial drugs as remedies, chloroquine and hydroxychloroquine, despite little evidence they work.

Brazil is not the only country in Latin America to have been hit hard by the outbreak. On Saturday, the region passed 2 million cases, with 2,004,019 registered according to a Reuters tally.