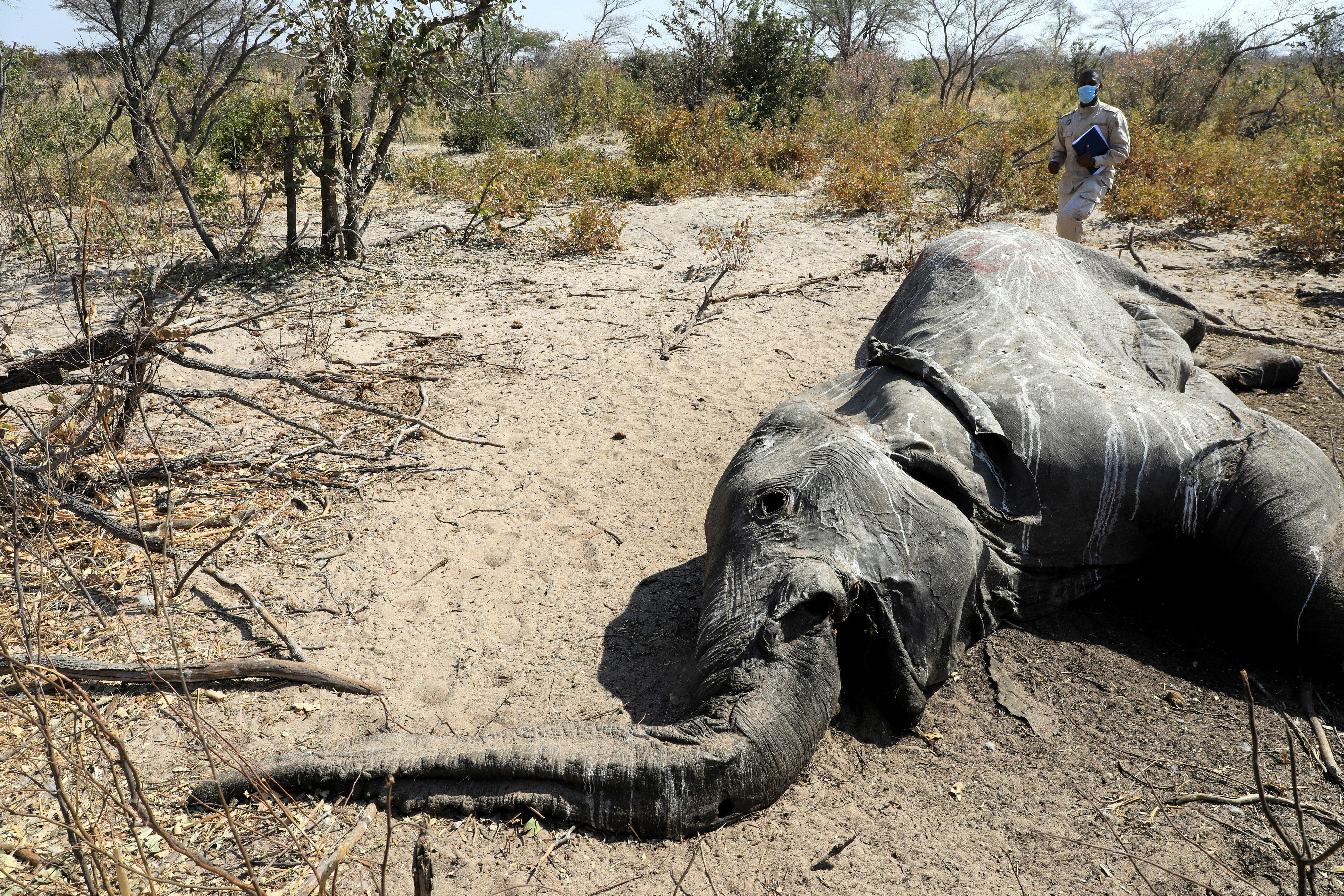 GABORONE (Reuters) – Botswana said on Friday it had received test results from samples sent to Zimbabwe to determine the cause of death of hundreds of elephants but is waiting for more results from South Africa next week before sharing findings with the public.

Wildlife officials are trying to determine what is killing the elephants about two months after the first bodies were discovered. They have ruled out poaching and anthrax among possible causes.

Officials told reporters near the Okavango Delta on Thursday that they had now verified 281 elephant carcasses and that the deaths were concentrated in an area of 8,000 square km that is home to about 18,000 elephants.

“We have to wait for another set of results and reconcile the two to see if they are saying the same thing before we come to a definitive conclusion,” Oduetse Kaboto, a senior official in the environment and tourism ministry, said in a televised briefing.

“We are hoping the second set of results will come in next week and that’s when we should be able to communicate to the public the cause of deaths.”

Although the number of deaths so far represents a fraction of the estimated 130,000 elephants in Botswana, there are fears more could die if authorities cannot establish the cause soon.

Chris Foggin, from Zimbabwe’s Victoria Falls Wildlife Trust, which conducted the tests on elephant samples from Botswana, said only that country’s government could share the findings.

The Botswana wildlife department has said the government contacted neighbours Zimbabwe, Angola, Namibia and Zambia but they had not seen similar elephant deaths.

Africa’s overall elephant population is declining due to poaching, but Botswana, home to almost a third of the continent’s elephants, has seen numbers grow from 80,000 in the late 1990s.