KAMICANI, Bosnia (Reuters) – Several hundred mourners gathered in the Bosnian village of Kamicani on Monday to bury six Bosniak Muslims killed 28 years ago in one of the most gruesome episodes of the 1992-95 war, with those present observing strict coronavirus precautions. 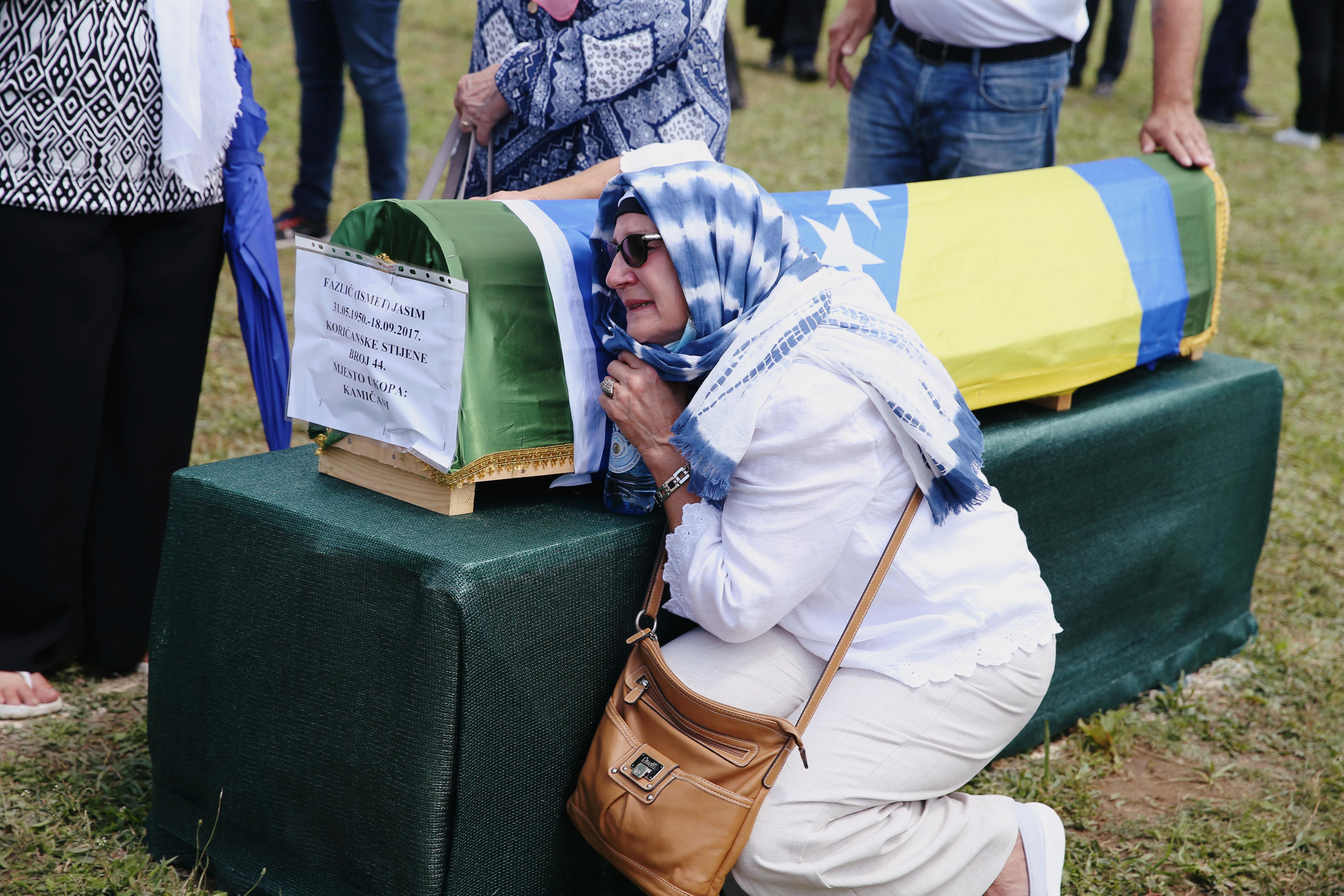 The victims, mainly prisoners from the wartime detention camps for non-Serbs near the town of Prijedor, were told they were being released in a prison exchange but instead were driven to the Koricani Cliffs in central Bosnia, lined up on the edge of the ravine and shot by Bosnian Serb forces in August 1992.

Five were recovered from under rocks piled over their bodies while the sixth was unearthed from the Jablanica-Prosara mass grave, one of more than 70 mass grave sites in the area.

“I have been waiting for this day for 28 years … 28 long, painful and sad years,” Sanel Fazlic, 40, told Reuters while standing by flag-draped coffins containing the remains of his father and two uncles.

Relatives had planned to bury 30 victims but the coronavirus outbreak prevented many of those living abroad from attending.

It has taken years to locate the mass graves and identify the victims. Last year 68 newly identified victims were buried in Kamicani and another 10 at other locations in the area.

The Prijedor area saw some of the most violent ethnic cleansing attacks in 1992 by the Bosnian Serb police and army against Bosniaks and Croats.

Villages were razed, thousands were taken to detention camps, more than 3,000 non-Serbs were executed and tens of thousands were driven from their homes.

Eleven Bosnian Serb ex-policemen were convicted of the crime, including Darko Mrdja who was jailed for 17 years by the Hague-based international war crimes tribunal. The remainder were convicted by the Bosnian war crimes court.

The suspected mastermind of the killing, Simo Drljaca, the Prijedor police chief, was killed in an exchange of fire with NATO-led peacekeeping forces in 1997 in their first attempt to arrest suspects still at large.