BOGOTA (Reuters) – Some of the neediest residents of Colombia’s capital Bogota have started receiving food donations, while dozens living on the street were given a chance to shower and change clothes, as the city rides out a five-week lockdown to contain the coronavirus. 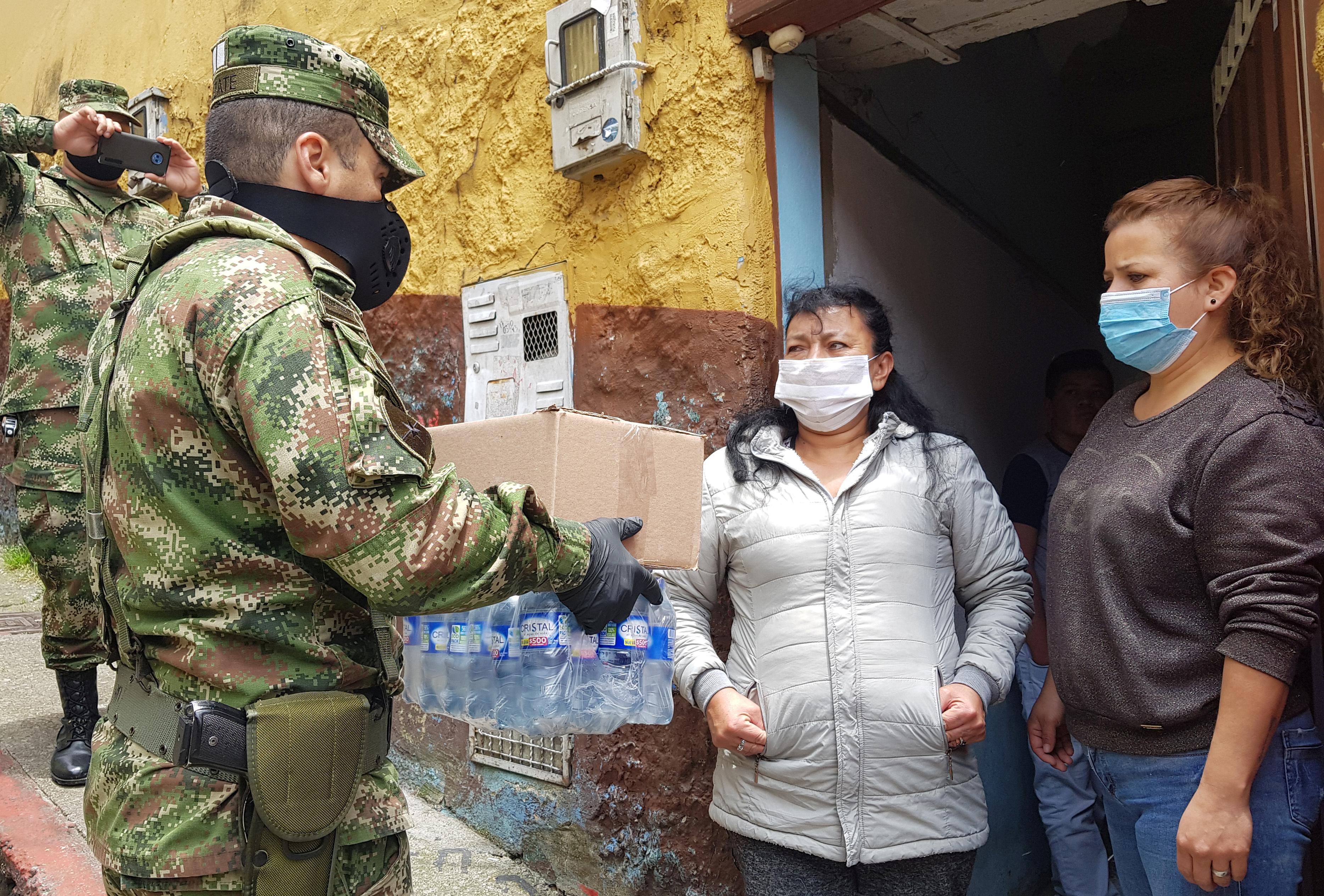 Residents of the Andean city, home to about seven million, had set tires on fire and blocked roads in isolated Thursday protests to demand help during the quarantine.

The government has budgeted 18 trillion pesos (about $4.43 billion) to shore up an inadequate healthcare system and fund welfare payments during the lockdown that runs until April 27.

But many families who get by in informal industries like street selling, construction and recycling are now cut off from work and are scrambling to make ends meet. Many say they have received no aid at all.

Others have been luckier.

On Friday, army soldiers in gloves and masks distributed boxes of rice, beans, sugar, salt, canned meat, toilet paper and bottled water to residents of the Egipto neighbourhood, whose steep streets wind up the skirts of the Andes.

“I’m so grateful to the army because they are the only ones who have gone house to house,” said a tearful Luz Maria Piraquive, 61. “This arrived just at the moment when we’re lowest on supplies.”

Major Johan Alzate, operations head for the presidential guard, said: “We are coming to a community with many needs … joining efforts to try to mitigate some of the emergency that we are living.”

Meanwhile, the mayor’s office offered showers, toiletries, changes of clothes and meals to people living on the street – some of whom have been rendered homeless due to the fallout from the coronavirus pandemic.

“I’ve been sleeping on the street for seven days,” said 42-year-old Hamilton Mosquera, who lost his job as a club doorman when the government shut down nightlife last month.

The coronavirus has killed over 150 people in Colombia and infected nearly 3,500. Giving people a way to shower and change will prevent them from becoming vectors, city officials said.

“We started these self-care sessions, which is a place where we put in showers, bring clothes, bio-safety supplies like alcohol, antibacterial gel and food,” said Daniel Mora, from the city’s social integration department.