Bob Marley’s daughter, Makeda Marley, spoke to the crowd at a Black Lives Matter protest in Washington DC, in which she warned US President Donald Trump he will continue to see people across the streets of America protesting over the death of George Floyd for as long as he “occupies” the White House. Ms Marley claimed “black people built this country” as she urged the crowd to chant “no justice, no peace” with her.

“And if he can’t see it written on the streets, he sees all the people around and we all can let him know while he’s occupying our White House. 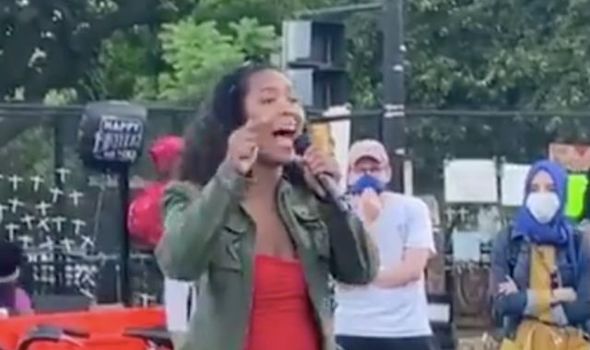 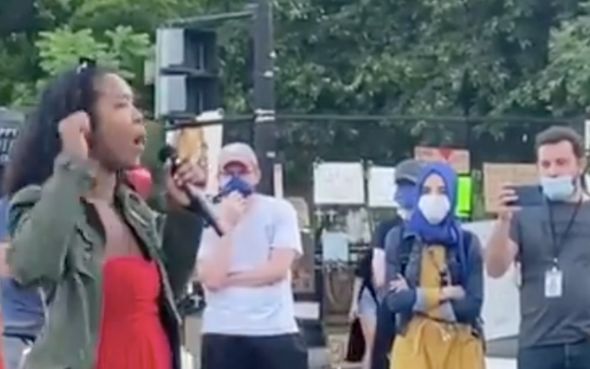 A mounting wave of protests demanding police reform after the killing of a black man in Minneapolis swept across the United States on Sunday, building on the momentum of huge demonstrations across the country the day before.

In response, a majority of city council members in Minneapolis pledged to abolish the police department, though how they would navigate that long, complex undertaking was not yet known.

In some of the largest protests yet seen across the United States, a near-festive tone prevailed over the weekend. Most unfolded with no major violence, in sharp contrast to heated clashes between marchers and police in previous days.

The outpouring of protests followed the May 25 killing of George Floyd, a 46-year-old black man who died after being pinned by the neck for nine minutes by a white officer’s knee. A bystander’s cellphone captured the scene as Floyd pleaded with the officer, choking out the words “I can’t breathe.”

“I have cops in my family, I do believe in a police presence,” said Nikky Williams, a black Air Force veteran who marched in Washington on Sunday. “But I do think that reform has got to happen.”

The change in the tenor of the demonstrations this weekend may reflect a sense that the demands of protesters for sweeping police reform were resonating in many strata of American society.

Nine members of the 13-person Minneapolis City Council pledged on Sunday to do away with the police department in favor of a community-led safety model, a step that would have seemed unthinkable just two weeks ago.

“A veto-proof majority of the MPLS City Council just publicly agreed that the Minneapolis Police Department is not reformable and that we’re going to end the current policing system,” Alondra Cano, a member of the Minneapolis council, said on Twitter. 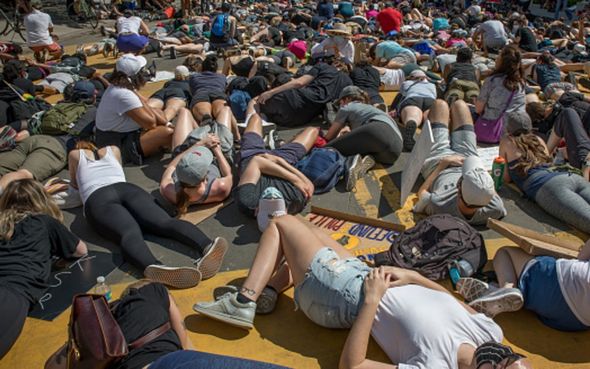 Minneapolis City Council President Lisa Bender told CNN “the idea of having no police department is certainly not in the short term.”

In New York, Mayor Bill de Blasio announced a series of reforms he said were designed to build trust between city residents and the police department.

De Blasio told reporters he would shift an unspecified amount of money out of the police budget and reallocate it to youth and social services in communities of color.

He said he would also take enforcement of rules on street vending out of the hands of police, who have been accused of using the regulations to harass minority communities.

Curfews were removed in New York and other major cities including Philadelphia and Chicago.