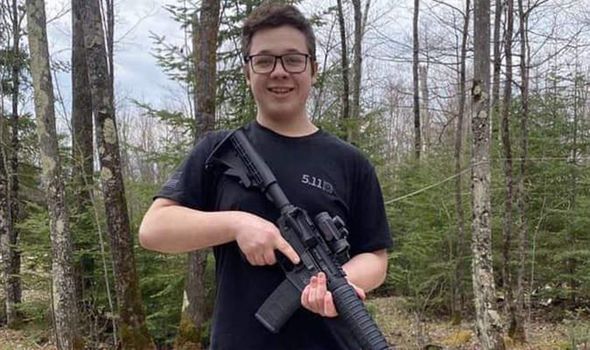 Kyle Rittenhouse, 17, allegedly opened fire during a protest over the police shooting of Jacob Blake in Kenosha, Wisconsin. Police were yesterday trying to determine a motive for the incident. But sources told the Daily Express that one line of inquiry is any potential role Trump and his administration may have played in shaping his view on vigilantism.

On Tuesday night, he arrived in Kenosha after driving from his home 20 miles away.

He seemingly patrolled the streets as an armed vigilante, supposedly assisting police and protecting property.

Rittenhouse, who is said to be obsessed with law enforcement, now faces a first-degree murder charge over the deaths of Anthony Huber, 26, and a 36-year-old from Kenosha.

Police said the wounded, a 36-year-old from West Allis, Wisconsin, was expected to survive.

In January, Rittenhouse was seen at Trump’s rally in Des Moines, Iowa.

The teen is seen on TV coverage of the event standing to the left of the podium as the President spoke some 30ft away.

Trump campaign spokesman Tim Murtaugh said: “President Trump has repeatedly and consistently condemned all forms of violence. This individual had nothing to do with our campaign, and we fully support our fantastic law enforcement for their swift action in this case.”