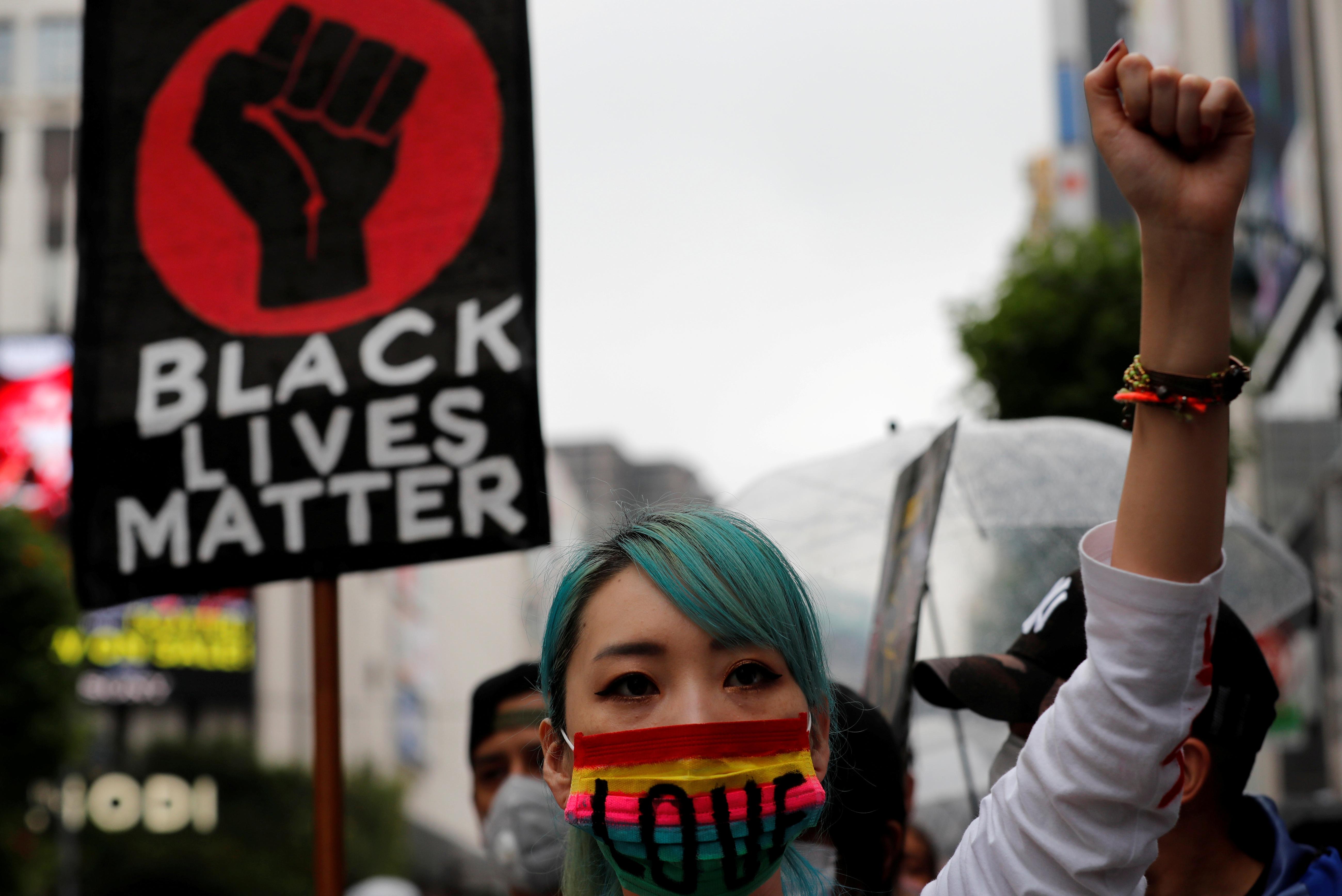 TOKYO (Reuters) – Thousands of protesters in Tokyo took part in a Black Lives Matter march on Sunday, calling for an end to racial discrimination and police abuse after the killing of African American George Floyd in Minneapolis last month.

Demonstrators marched through the streets of the capital’s Shibuya and Harajuku districts chanting and holding up signs spelling out slogans such as “Racism Is A Pandemic” and “No Justice No Peace”.

“It is not enough to just send our prayers,” Shu Fukui, a 22-year-old university graduate, told Reuters. “We need to change society, not only for George Floyd, but also for those who died in the past.”

Organisers said about 3,500 people took part in the protest. Police did not disclose an estimate.

Protests have gripped major U.S. cities and spread around the world since footage from May 25 showing a white police officer kneeling on Floyd’s neck to pin him to the ground for a whole nine minutes went viral.

In Atlanta on Saturday more protests erupted after a black man was shot dead by police as he tried to escape arrest. Demonstrators shut down a major highway and burned down the Wendy’s restaurant where he was killed.

Some protesters at the Tokyo march said Japan needed to own up to its own problems with race.

“In Japan, there are far-right people who discriminate against other races. And Koreans and Chinese in Japan are exposed to a lot of hate speech,” said Naho Ida, 44. “These things must not be allowed and we need to oppose this.”

Public broadcaster NHK last week apologised and deleted from its Twitter feed an animated video about the U.S. protests that sparked online outrage for its depiction of African Americans.