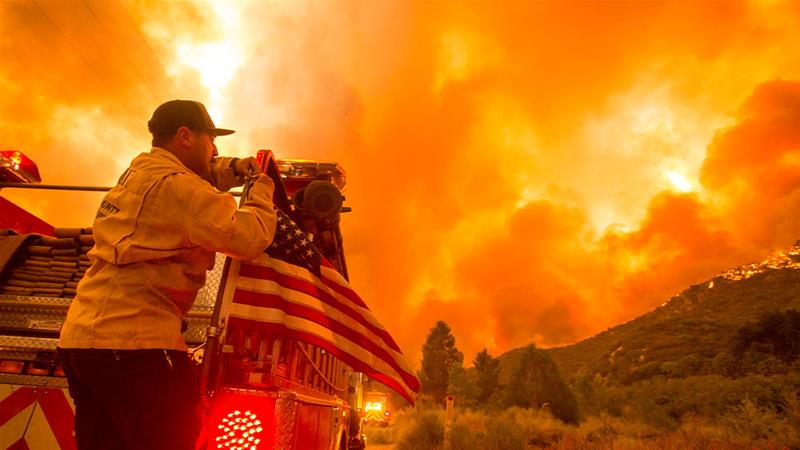 The wildfires sweeping the West Coast of the United States took centre stage in the US election campaign on Monday, with President Donald Trump visiting California and blaming the blazes on poor forest management while his Democratic challenger Joe Biden stressed the role of climate change.

Democrats have blasted Trump for remaining mostly silent about the largest wildfires in state history.

Biden called Trump a “climate arsonist” and warned against re-electing a president who refuses to address climate change.

“If we have four more years of Trump’s climate denial, how many suburbs will be burned by wildfires? How many suburban neighbourhoods will have been flooded out?” Biden asked. 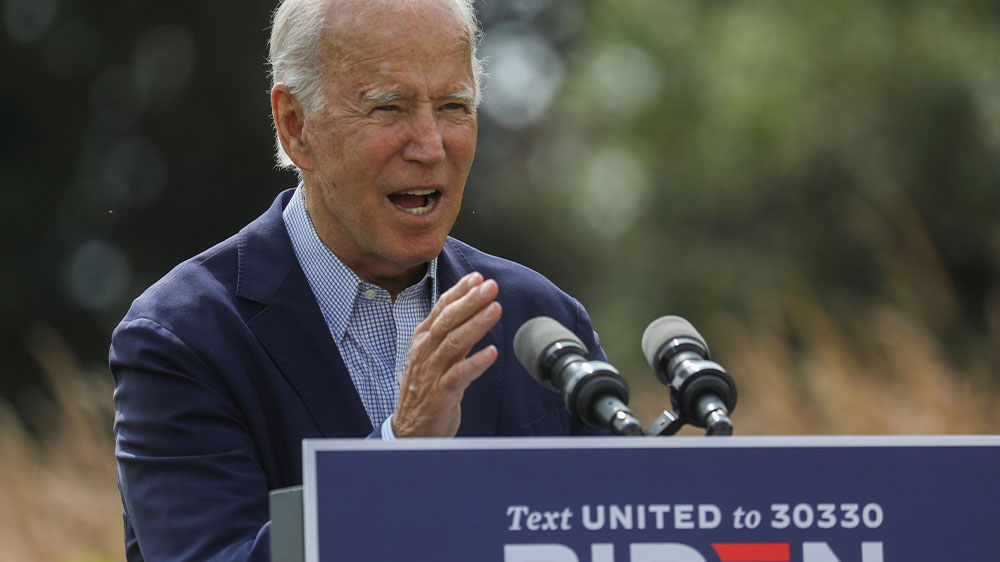 Biden, who has been slammed by Republicans for not visiting disaster areas, spoke from his home state of Delaware on the threat of extreme weather that climate scientists have said is supercharging fires.

The president and his administration have sought to pin the blame for the large wildfires on state officials, saying that fuel-choked forests need to be thinned, firebreaks must be cut, and flammable dead leaves cleared from forest floors.

“I think this is more of a management situation,” Trump said, when asked by a reporter if climate change was a factor behind the fires, claiming that many other countries are not facing a similar problem. 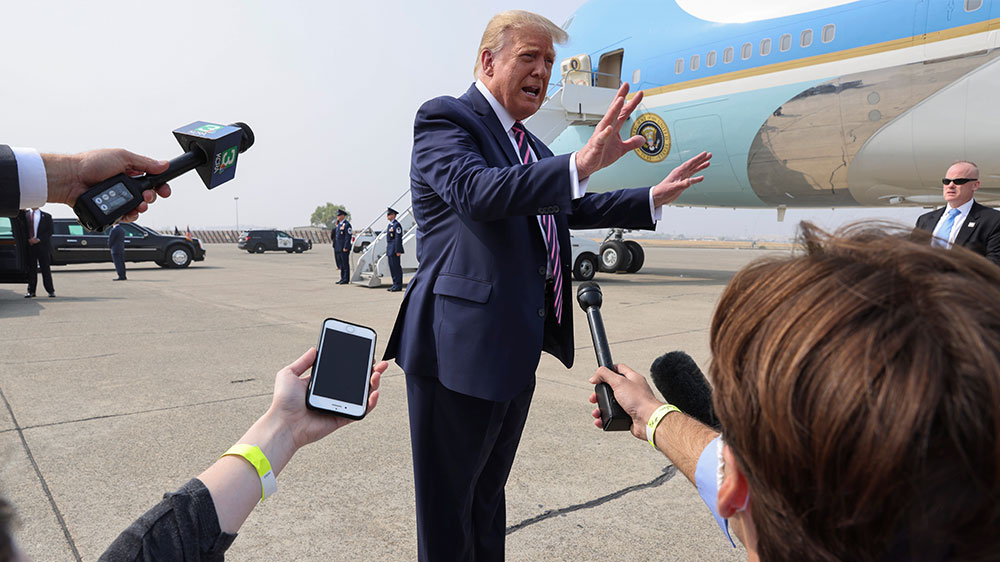 California Governor Gavin Newsom confronted Trump in a meeting with state and local officials, pointing out that the vast majority of forest in California is federally owned. “We can agree to disagree on the politics,” Newsom said.

“But one thing is fundamental, 57 percent of the land in this state is federal and three percent is state forests,” he said.

Trump’s administration has waged a series of legal battles with Democratic-run California, the most populous US state, on a variety of issues including environmental policy.

California has sued the Trump administration more than 100 times. Trump lost badly in California in the 2016 election and is expected to fare poorly there in November.

Newsom also said to Trump that he views climate change as the primary cause behind the fires and added “we assert the science that climate change is real”. Another official echoed Newsom to which Trump responded, “It will start getting cooler”. 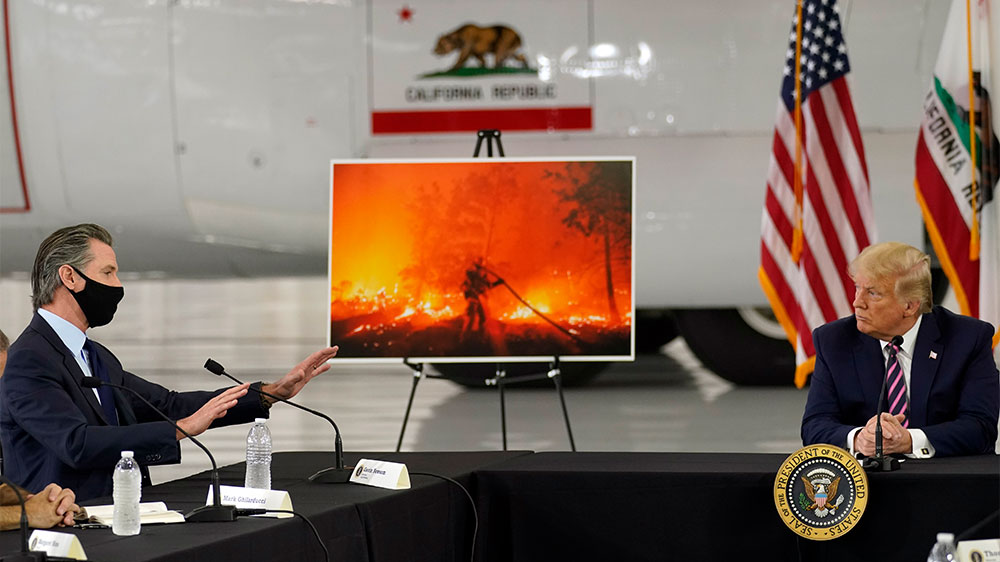 Trump has pulled the US out of the 2015 Paris Agreement that laid out an international approach to climate change, while Biden says climate change is on his list of major crises facing the US and has promised to return to the Paris accord.

Wildfires across Oregon, California and Washington state have destroyed thousands of homes and a half dozen small towns since August, scorching more than 1.6 million hectares (4 million acres) and killing at least 35 people.

Oregon’s Department of Emergency Services said 22 people were missing in the series of blazes that swept across the southern portion of the state last week.

Drone footage showed hundreds of homes reduced to ashes in the southern Oregon communities of Phoenix and Talent, around 8km (5 miles) south of Medford last week, after a wind-driven firestorm raced north, blowing embers into trailer parks and residential subdivisions.

The state is also deploying its National Guard to flattened neighborhoods and up to 1,000 troops will be there by the weekend, the head of the Oregon National Guard said.

Trump has authorised federal disaster aid for both California and Oregon. He said forest management changes were something that could be tackled quickly.