Joe Biden and Donald Trump are still waiting to see who will take the keys to the White House as vote counts in crucial swing states continue. The state labelled by many as the potential decider before the election was Pennsylvania, where the President currently leads. However, incoming mail-in ballots are likely to result in a surge for the Democrats amid Mr Trump’s legal efforts to stop counting. The vote is also going down to the wire in Georgia, where Mr Trump currently leads, and Arizona and Nevada, where Mr Biden currently leads. The arithmetic means that, remarkably, a draw is still on the cards.

There are a total of 538 presidential electors in the Electoral College. A candidate needs to win 270 to take the White House.

But the Democrats and Republicans could still finish on 269 each, something US politics expert Peter Trubowitz told Express.co.uk would be a “nightmare scenario”.

He said: “There are so many crazy potential scenarios. The nightmare scenario is that Trump wins in Arizona, Pennsylvania, Nevada and North Carolina, and Biden flips Georgia.

“Suddenly you end up with a tie – then it goes to the House of Representatives where each state delegation gets one vote.

“There will be concerns about that, whether or not the state delegation reflects the will of the vote in that state could be a serious issue. 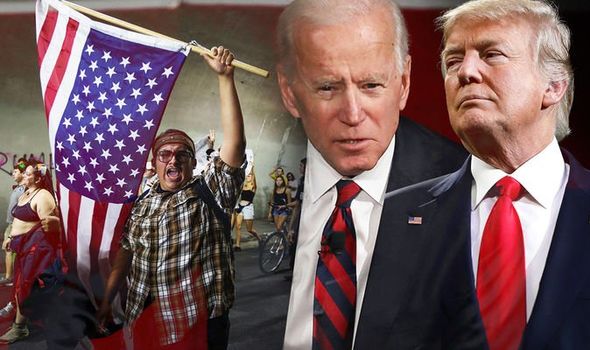 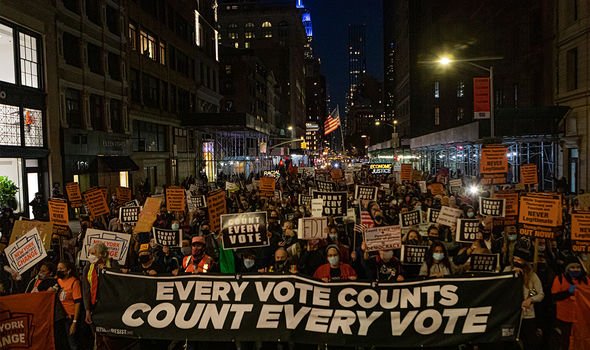 “The chances of getting there are not extremely high, but it is by no means impossible.”

Mr Trubowitz, a US Politics expert from Chatham House, also warned of another potentially divisive scenario.

Mr Biden has been declared the winner in Wisconsin, but Mr Trump has demanded a recount in the state where the difference in votes is just 20,000.

In Michigan, the President wants to stop counting and have ballots reviewed, in Georgia filed a lawsuit against election officials in Chatham County, asking a judge to order all late ballots be secured and accounted for.

In Pennsylvania he is challenging a ruling by the Supreme Court which allowed for votes marked for November 3 to be counted up to three days after polls closed. 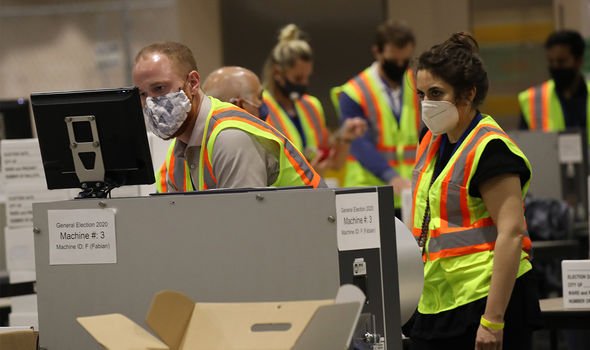 This is to account for the difficulties in voting during the pandemic.

Mr Trubowitz told Express.co.uk that if the Supreme Court becomes kingmaker in the election, there could be significant ill-feeling in the US.

He added: “It will not go down well if the Supreme Court decides this election. There are a lot of nerves in the United States, and it will certainly be viewed by many Americans as basically extra electoral interference in the process.

“It’s going to be very difficult for Trump’s lawyers to make the case that throwing out the ballots is a democratic thing to do.

“You are talking about voting in the middle of a pandemic, where adjustments had to be made so that people’s lives are not at risk.” 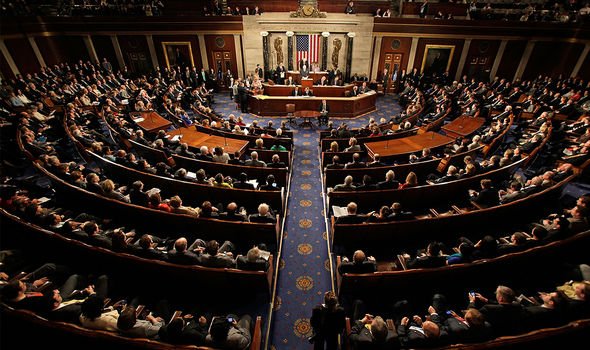 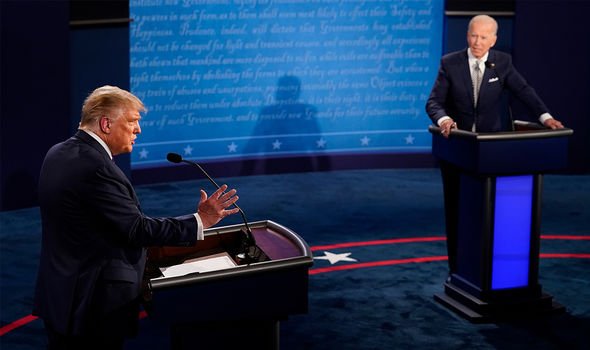 This echoed warnings made by Professor Stephen Burman, who told Express.co.uk last month that a scenario where state legislators decide the election could lead to “violence on the streets”.

He said: “If it happens, you can imagine the chaos.

“If it were to go the other way and Biden was winning, you would see militias on the street not accepting it.

“Once you say the election is invalid, once you cast doubt, it opens the gates to serious conflict.

“You can imagine there would be violence, guns, even deaths.”