The Pakistani government declared a national emergency this year after the locusts ruined the winter crops. The first swarm came from the United Arab Emirates in the middle of 2019 and another swarm is expected to arrive from Iran. Heavy rain and cyclones caused “unprecedented” breeding among the locusts.

Desert locusts are able to fly up to 90 miles in a day and are even able to increase their numbers by 20 in three months.

They can ruin all crops and non-crop plants and are a major threat to food security.

Ismail Rahoo, state minister of agriculture for Sindh, said the locusts were a “dangerous and catastrophic threat to the economy, agriculture and food security in Pakistan”.

He said: “This year it will be ten times worse than last year. 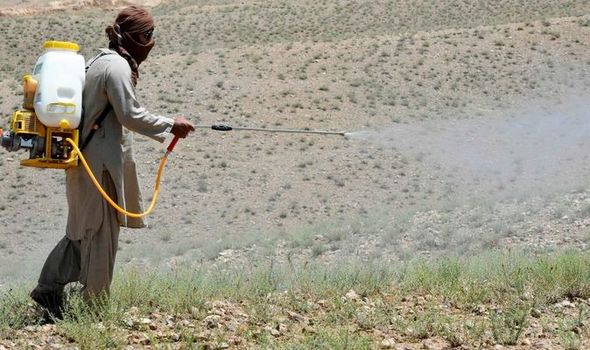 “They are attacking from three sides.

“The locusts and their eggs have now covered 50,000 square kilometres of farmland.

“We are expecting them to infest more than 5m hectares.

“And they are not just attacking Sindh proving, but also the agricultural areas of Punjam and Balochistan.” 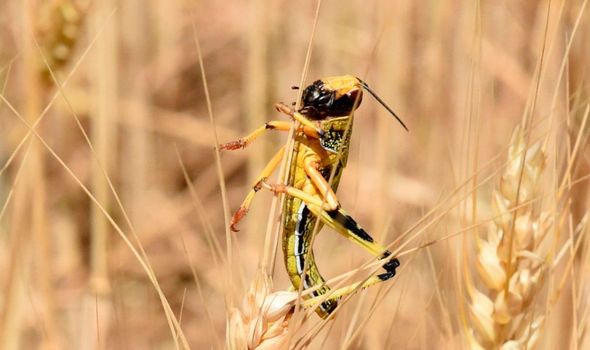 The United Nations has warned that the locusts will add to Pakistan’s COVID-19 crisis.

A farmer in the Balochistan province, Mir Gul Muhammad, said to The Guardian: “The worst thing we have ever seen, ever, in our whole life.

“I cultivated around 50 acres of cotton crops and all of them have been eaten and destroyed by locusts.

“Besides cotton, my other crops – onion, chilli and tomato – have been affected badly too. 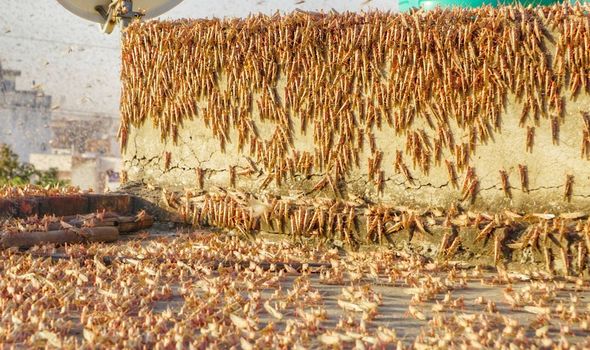 “As a farmer, it will take years to recover from this loss.”

Christian Turner, High Commissioner to Pakistan, said: “Covid-19 will impact the poorest and most vulnerable in countries like Pakistan.

“That is why we are repurposing our UKAid development portfolio in Pakistan to help save lives and livelihoods.

“This includes immediate health assistance through the WHO, and the rapid response to the threat to crops from locusts.”

India has agreed to a joint effort with Pakistan to tackle the locusts.