Sixty years ago today the Democratic Republic of Congo gained its independence from Belgium.

He was born in Congo, but moved to Belgium around 40 years ago and has made his life here.

Like a lot of people, I suppose I am a mixture of Belgian and Congolese.

I have lived in Belgium for 40 years now. My children feel Belgian, but I am split. I was born in Congo, and I also feel Congolese. I have family there and I can’t be indifferent to the suffering I see there. But my life is here, in Belgium.

Is this a racist country? I think I would have to say yes. Many Congolese people here are academics, with high qualifications from universities in Belgium. In our Congolese community we have doctors, engineers, political scientists, psychologists. They are trained in so many areas, but they are unemployed. The doors are often closed to us.

Why? Simply because their skin colour doesn’t fit. Nobody tells you that openly so instead they say: “I’m sorry, sir, but you don’t fit”. Or else they’ll say that you’re overqualified, even when you’re saying that you just want the job, because you have to feed your wife and kids.

When I walk around Brussels, I see beautiful buildings, I see statues and monuments and all of them were paid for using money taken from Congo.Today Belgium is one of the richest countries in Europe, but all that money came from my country. These buildings were paid for by King Leopold II. He took Congo as his own personal possession and made himself rich. His rules weren’t about working for a fair wage – oh no, this was forced labour, where the workers were treated like slaves.

You had to reach a certain quota – say, a certain quantity of rubber. And if you didn’t reach that, then it was a bullet in the head or they cut off your hands or feet, or took your wife. Killed her. Maybe burnt down your village. Under Leopold, my country was ruined while he took the money to build his royal palace, and his royal gardens.

Because if there were not Congo, Belgium would not be a rich country. Today, Belgium is one of the richest countries in Europe. But people should ask themselves where all this fortune comes from?

The answer is that it comes from Congolese blood. Belgium’s riches came at the cost of so much pain in the Congo – so much suffering and misery. Millions died. In my opinion, we should call this what it was – genocide. 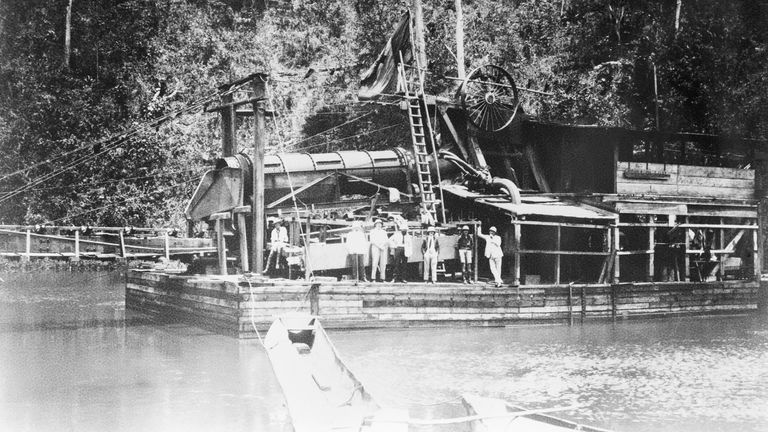 And we have never heard a word of apology from the Belgian government. Now we need that – a recognition that something terrible happened . I want the government to accept that Belgium, and its king, created a lot of suffering in the Congo.

The Congolese did not need people to come and rule them, but at the time it was presented as if King Leopold came to Congo to bring civilisation.

Is it enough to just say sorry and ask for forgiveness? No, but it would be the first step. The second stage is that it is absolutely necessary that children are taught the reality of what happened in Congo. When these children pass by the royal palace, they have to know, to understand that Congolese gave their blood for that.

We have to teach this at school so the kids will have a different vision and will start looking at the Congolese differently. There will be, in my humble opinion, a little respect that will become entrenched in people’s heads.

And thirdly, Belgium must consider making some reparations. I cannot say here how many millions or billions Belgium has to pay, but one thing is certain: the Belgian government has the opportunity to say that it wants to fix what was done.

Belgium could fix the electricity system, for instance. Or build hospitals, or a proper railway network. It will never replace the millions who were killed, but it will be something.

People ask me about the statues. There are plenty of statues of Leopold II in this country and my opinion is that they belong in museums. 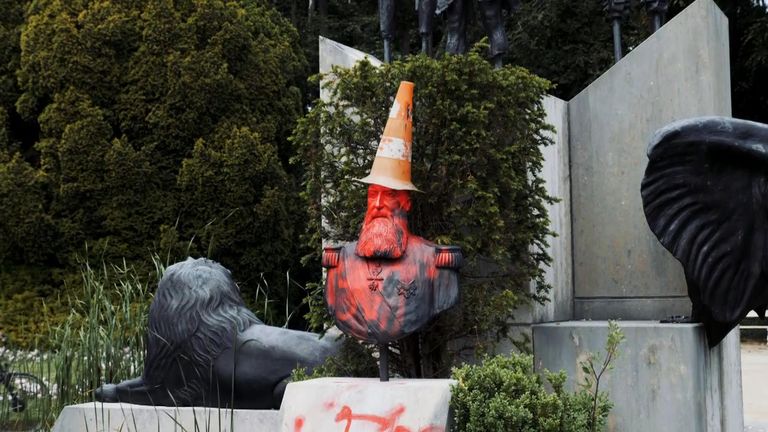 Imagine if there was a man who slaughtered your family, but he was rich and gave money to the city. Imagine how it would feel if they made a statue of him, and you had to walk past it every day.

People say it’s different – that Leopold was in the past, that he didn’t even go to Congo. But he gave the orders. It’s because of him that the Congolese were slaughtered, that children had their hands and feet cut off.

But we do need to keep them – to display them in museums as a warning. They remind people of the bad things that have happened. And perhaps to give the Congolese the respect they deserve.