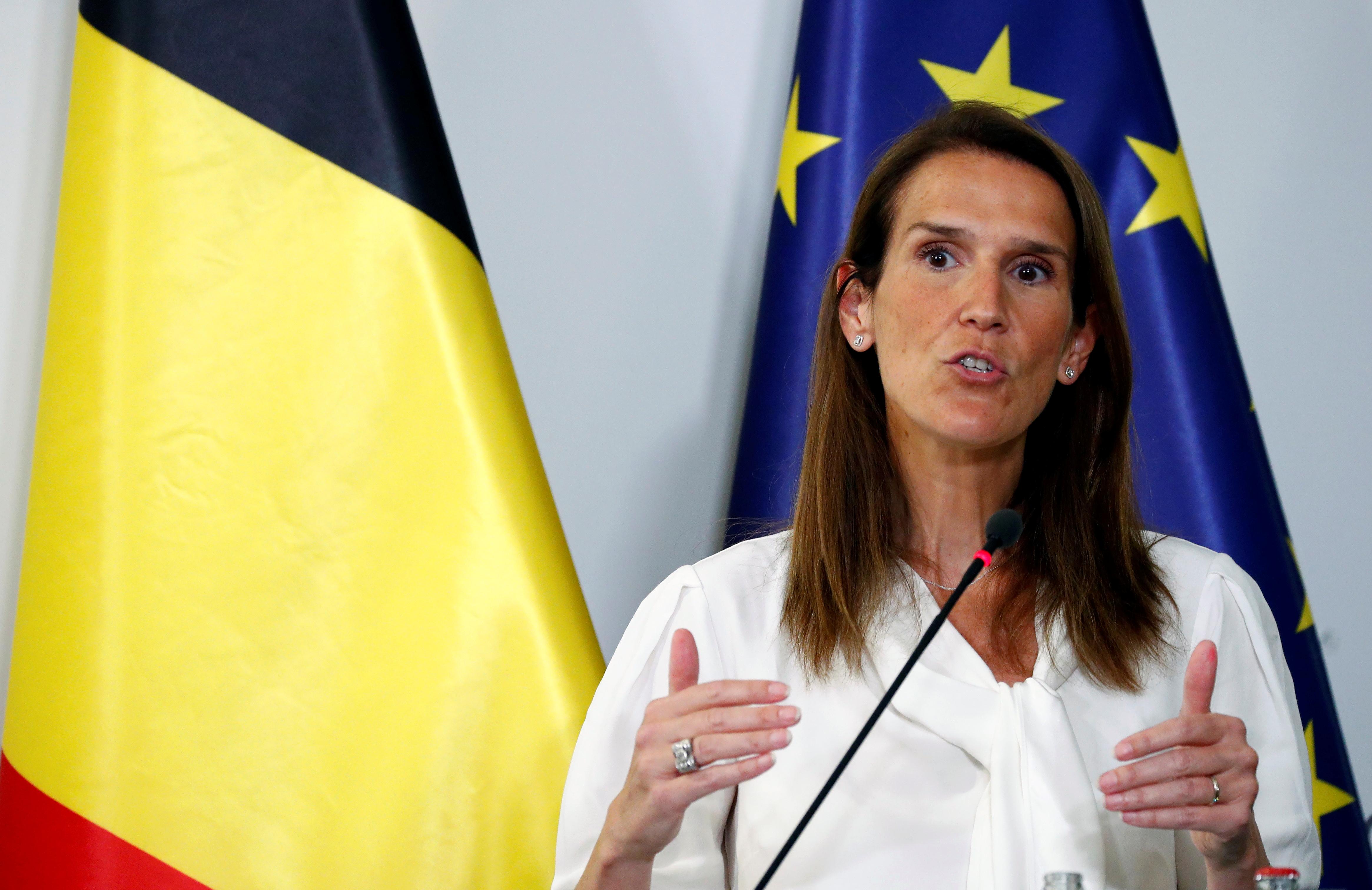 BRUSSELS (Reuters) – Belgium announced measures on Monday including a sharp reduction in permitted social contact designed to prevent a return to a nationwide lockdown after a surge of coronavirus infections in the past three weeks.

Prime Minister Sophie Wilmes told a news conference that, from Wednesday, a Belgian family or those living together would only be able to meet five other people, sharply down from 15 now.

The numbers allowed to attend public events will be halved to 100 for inside and 200 for outside. Consumers will have to shop on their own and Wilmes also said people should work from home as much as possible.

“We are acting again today to keep the situation under control and to prevent a general lockdown,” Wilmes said, adding those infected appeared to be more contagious than when the country went into lockdown in mid-March.

The average number of cases in the past week has risen to 279 per day from around 80 in early July. The northern port city of Antwerp has been particularly hard hit.

Belgium last week put a stop to further easing of restrictions. For bars and restaurants, masks became compulsory for those not seated and customers had to leave contact details to allow tracing.

Belgium, where the European Union and NATO have their headquarters, imposed a lockdown on March 18 due to COVID-19, which has claimed 9,821 lives in the country, one of the world’s highest fatality figures per capita.