MINSK/MOSCOW (Reuters) – The authorities in Belarus arrested two of the leading opposition figures still at large on Monday, a day after tens of thousands of people defied the army to march demanding the downfall of president Alexander Lukashenko. 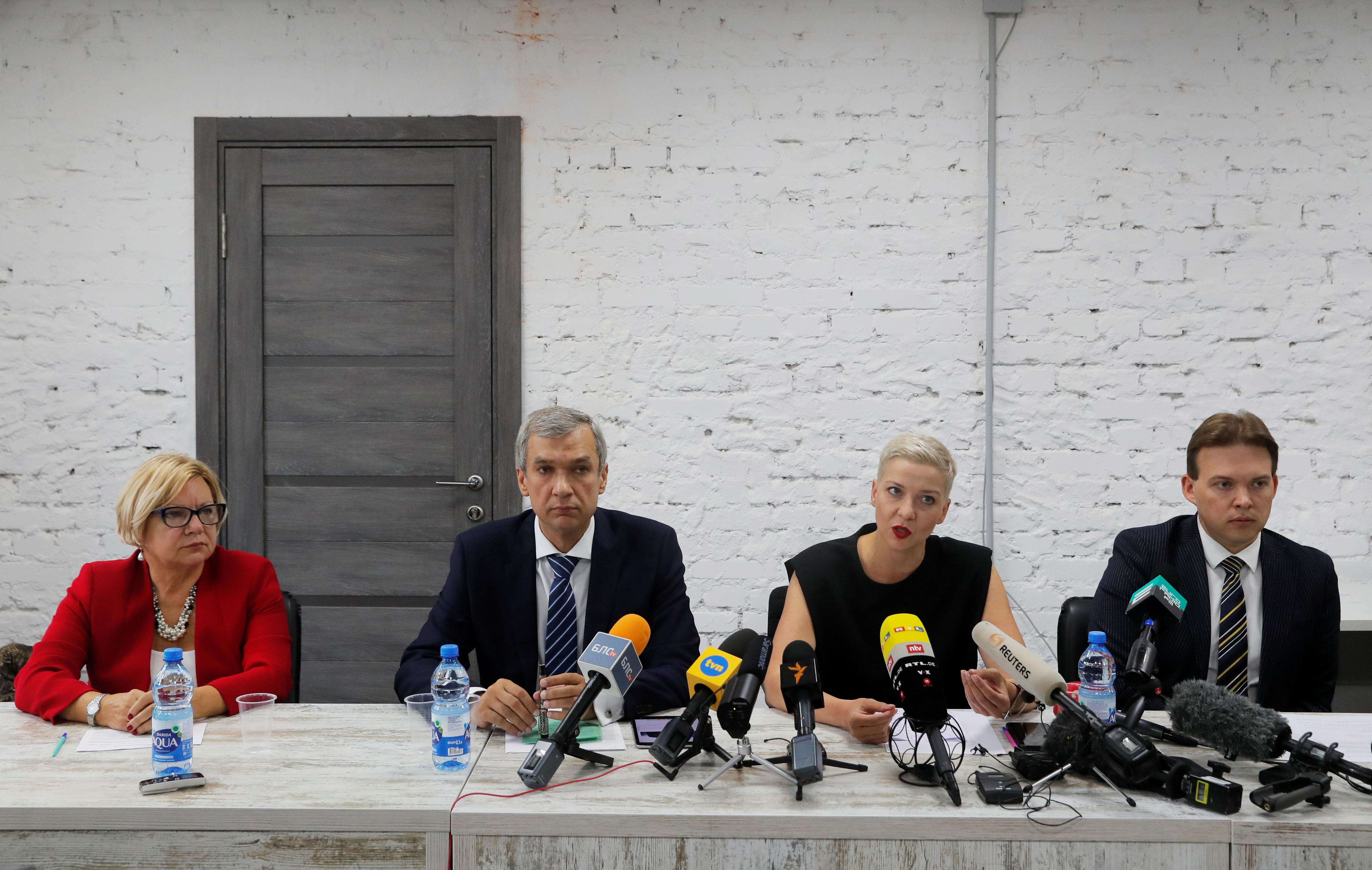 Two weeks after an election which his opponents say he rigged, Lukashenko has shown little sign of bringing a halt to the demonstrations, the biggest threat to his 26-year rule.

The president, who has called the protesters “rats”, said last week he had given an order to police to put down any demonstrations in Minsk. But tens of thousands took to the streets on Sunday in one of the biggest demonstrations since the election, and dispersed peacefully.

In a sign of the peril to an already shaky economy, several banking sources told Reuters most banks had effectively run out of foreign currency to meet surging demand from residents trying to sell the local Belarusian rouble. Queues have become common at exchange points.

A board member at the Belarus central bank told Reuters the issue was a technical one involving the physical availability of banknotes, and did not signal liquidity problems.

A spokesman for the Coordination Council, an opposition body set up last week, told Reuters two of its highest profile members, Olga Kovalkova and Sarhei Dyleuski, had been detained on Monday near a factory entrance.

Many of the leading figures in the Belarus opposition are in jail or have fled the country. The Coordination Council was set up with the stated aim of promoting a peaceful handover of authority, and comprise dozens of public figures including a Nobel Prize-winning author and the former head of the main state drama theatre. The government has launched a criminal investigation, calling it an illegal attempt to seize power.

“Belarus has changed and authorities will have to talk to us,” one of the council members, Maria Kolesnikova, told reporters.

Dmitry Murin, a member of the board of the Belarus central bank, told Reuters any shortage of foreign currency at exchange points “has a technical nature – there is an issue with physical availability of the banknotes. Banks do not have forex liquidity shortages as of now.”

Banking sources described what appears to be a serious shortage of hard currency despite an infusion of cash last week.

“There is panic now, demand for foreign currency cash is very high,” one currency dealer in Minsk told Reuters, speaking on condition of anonymity.

“The only bank that has (foreign) cash is Raiffeisen Bank, which sold it very actively last week. But the last plane carrying cash arrived in Belarus last Friday. Our bank and others wanted to buy foreign cash today but Raiffeisen said they have none.”

A spokesperson for Priorbank, Raiffeisen’s subsidiary in Minsk, declined to comment.

A source at a state-run Belarusian bank told Reuters his bank had received requests from customers to withdraw $2.5 million but had just $100,000 in its coffers.

Another person at a unit of a Russian bank said withdrawals had to be requested several days in advance and there was no guarantee they would be granted.

On the official market, the Belarus rouble fell around 1% against the both the euro and the dollar on Monday. Against the euro it was at a record low.

The currency weakness would make it costlier to service $2.5 billion in debt payments due by end-2020. The central bank had less than three months import cover as of end-2019, World Bank estimates show.

“It is very clear that there is a massive shortage of foreign exchange, and of course it is one of the countries that definitely already has low FX reserves,” said David Hauner, head of emerging markets cross-asset strategy for EMEA at Bank of America Global Research. “….The country does not have a lot of cushion to weather that sort of turmoil for a prolonged period.”

The CEO of Viber Rakuten, which runs the Viber messaging service, was quoted by Interfax as saying the firm was considering halting investments into Belarus. Djamel Agaoua said employees had been moved out of Minsk to remote locations.

Belarus is the former Soviet state with the closest political, economic and cultural ties to Russia, and its territory is seen as crucial to Russia’s European defence strategy. That has left the Kremlin with a choice of whether to continue to back Lukashenko as his authority ebbs. 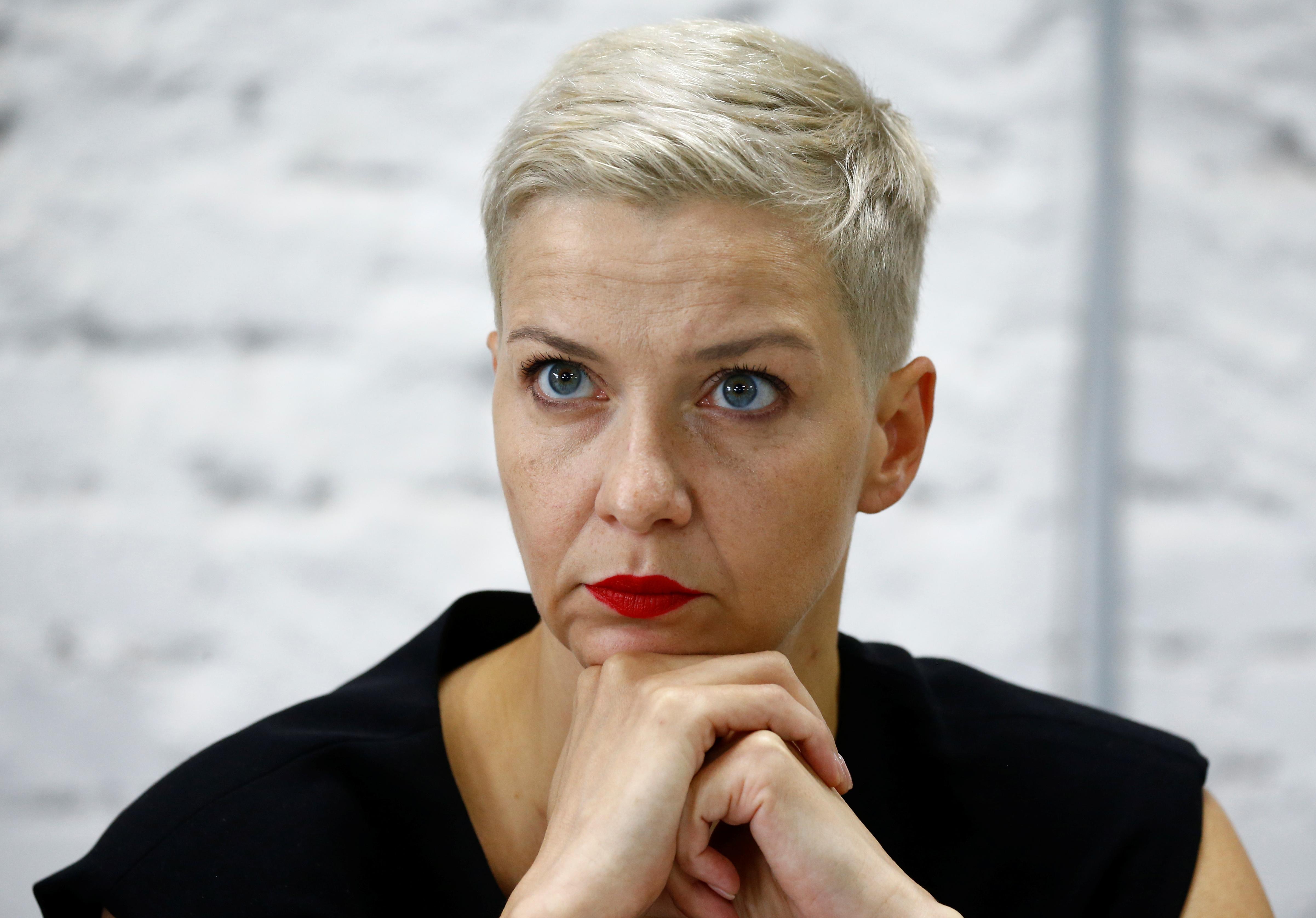 Foreign minister Sergei Lavrov said on Sunday Belarus protesters were seeking a Venezuela-style crisis and ‘bloodshed’ rather than peaceful resolution.

Western countries have had to balance their sympathy for a nascent pro-democracy movement with concern about provoking Moscow. U.S. Deputy Secretary of State Stephen Biedun met Sviatlana Tsikhanouskaya in Lithuania on Monday, and is due to discuss Belarus during a trip to Russia.

“She’s a very impressive person and I can see why she is so popular in her country,” Biedun said. “The purpose of the meeting was to listen, to hear what the thinking is by the Belarusian people, and to see what they are doing to obtain rights of self-determination.”