MOSCOW (Reuters) – The chemicals that went up in flames in Beirut’s deadliest peace-time explosion arrived in the Lebanese capital seven years ago on a leaky Russian-leased cargo ship that, according to its captain, should never have stopped there.

“They were being greedy,” said Boris Prokoshev, who was captain of the Rhosus in 2013 when he says the owner told him to make an unscheduled stop in Lebanon to pick up extra cargo.

Prokoshev said the ship was carrying 2,750 tonnes of a highly combustible chemical from Georgia to Mozambique when the order came to divert to Beirut on its way through the Mediterranean.

The crew were asked to load some heavy road equipment and take it to Jordan’s Port of Aqaba before resuming their journey onto Africa, where the ammonium nitrate was to be delivered to an explosives manufacturer.

But the ship was never to leave Beirut, having tried and failed to safely load the additional cargo before becoming embroiled in a lengthy legal dispute over port fees.

“It was impossible,” Prokoshev, 70, told Reuters of the operation to try and load the extra cargo. “It could have ruined the whole ship and I said no,” he said by ‘phone from his home in the Russian resort town of Sochi on the Black Sea coast.

The captain and lawyers acting for some creditors accused the ship’s owner of abandoning the vessel and succeeded in having it arrested. Months later, for safety reasons, the ammonium nitrate was unloaded and put in a dock warehouse.

On Tuesday, that stockpile caught fire and exploded not far from a built-up residential area of the city. The huge blast killed 145 people, injured 5,000, flattened buildings and made more than a quarter of a million people homeless.

The ship might have succeeded in leaving Beirut, had it managed to load the additional cargo.

The crew had stacked the equipment, including excavators and road-rollers, on top of the doors to the cargo hold which held the ammonium nitrate below, according to the ship’s Russian boatswain, Boris Musinchak. But the hold doors buckled.

“The ship was old and the cover of the hold bent,” Musinchak said by ‘phone. “We decided not to take risks.”

The captain and three crew spent 11 months on the ship while the legal dispute dragged on, without wages and with only limited supplies of food. Once they left, the ammonium nitrate was unloaded. 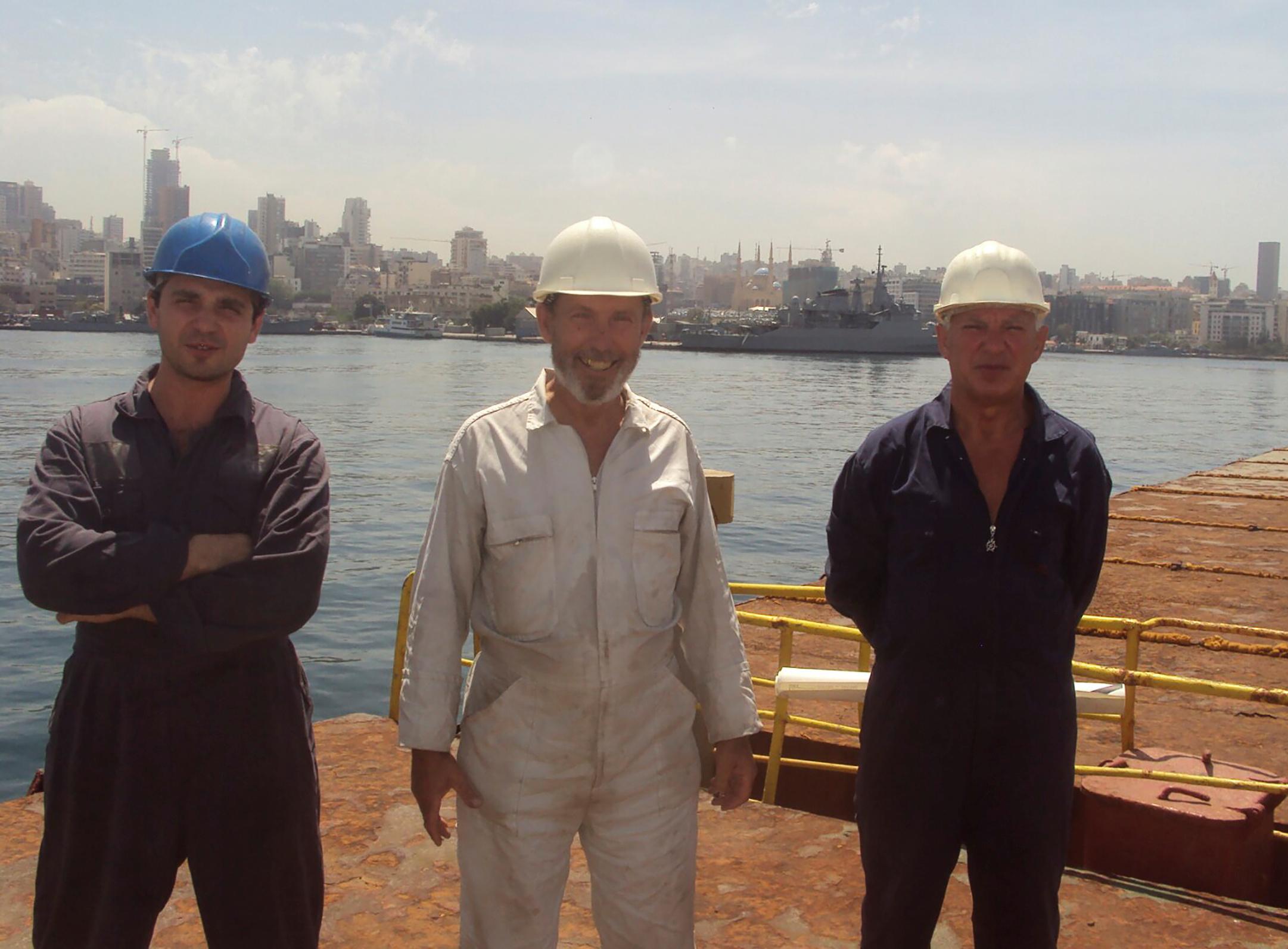 “The cargo was highly explosive. That’s why it was kept on board when we were there … That ammonium nitrate had a very high concentration,” Prokoshev said.

The ammonium nitrate was sold by Georgian fertiliser maker Rustavi Azot LLC, and was to be delivered to a Mozambique explosives maker, Fabrica de Explosivos.

A senior representative for Fabrica de Explosivos did not immediately respond when sent a request for comment on LinkedIn.

Levan Burdiladze, the Rustavi Azot plant director, told Reuters that his company had only operated the chemical factory for the last three years and so he could not confirm whether the ammonium nitrate was produced there.

He called the decision to store the material in Beirut port a “gross violation of safe storage measures, considering that ammonium nitrate loses its useful properties in six months.”

Initial Lebanese investigations into what happened have pointed to inaction and negligence in the handling of the potentially dangerous chemical.

Lebanon’s cabinet on Wednesday agreed to place all Beirut port officials who have overseen storage and security since 2014 under house arrest, ministerial sources said.

The head of Beirut port and the head of customs said that several letters were sent to the judiciary asking for the material be removed, but no action was taken.

The ministry of justice did not immediately respond to a request for comment.

According to Prokoshev, the ship had been leaking but was seaworthy when it sailed into Beirut in September 2013. However, he said Lebanese authorities paid little attention to the ammonium nitrate, which had been stacked in the hull in large sacks. 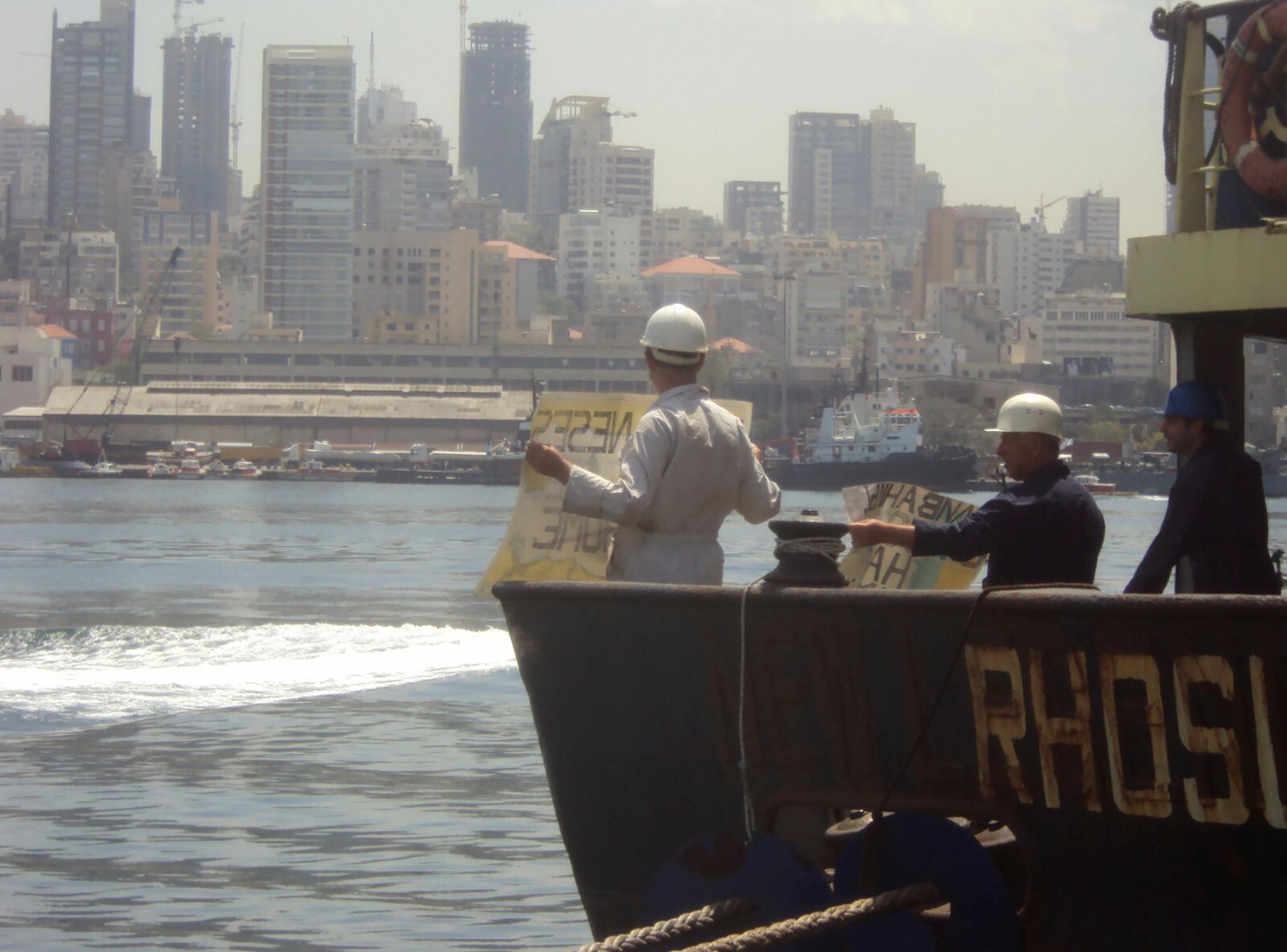 “I feel sorry for the people (killed or injured in the blast). But local authorities, the Lebanese, should be punished. They did not care about the cargo at all,” he said.

The abandoned Rhosus sank where she was moored in Beirut harbour, according to a May, 2018 email from a lawyer to Prokoshev, which said it had gone down “recently”.