Meteorologist Ben Rich assured BBC Breakfast viewers clear skies overhead boded well for a fine day for most of the UK with sunny spells and a few showers here and there as well. However, he warned there will be one exception to that theme towards the south and the east of England because of a weather front that has been plaguing the country all weekend. The weather presenter explained that it has been dragging its heels slowly southwards and bringing some outbreaks of rain this morning across parts of East Anglia through the London area down towards the south west.

He said: “It’s quite misty and murky for some spots in the south west at the moment as well.

“It’s pretty mild to start across this south eastern corner.

“But for much of Wales, northern England and Northern Ireland, we’re getting off to a dry and sunny start.

“The sunny skies extend across Scotland, where’s there’s going to be quite a chilly start.” 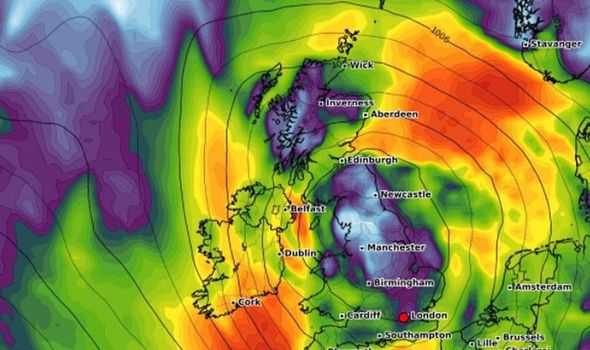 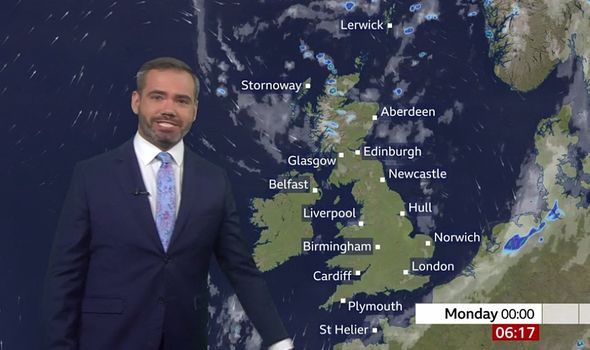 Mr Rich continued: “You can see some showers already getting going up towards the north west.

“Although it’s not as windy as it was yesterday across these northern parts of Scotland.

“As we go through today, we’ll still see some of those showers pushing in across Scotland.

“They’ll be most plentiful across the far north, one or two perhaps into Northern Ireland and the far north of England.” 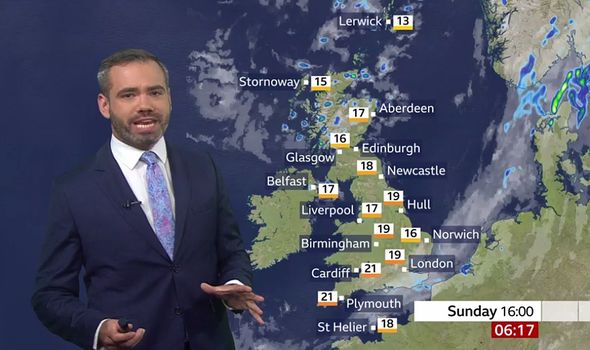 The BBC presenter added: “But generally speaking it’s a story of sunshine, apart from across the far south east where this weather front will continue to linger some cloud and some spots of rain.

“A fairly cool, fresh day for many of us with the highest temperatures towards Wales and the south west at 21 degrees.

“There’ll be some good spells of sunshine with temperatures getting up to around 17 or 18 degrees.” 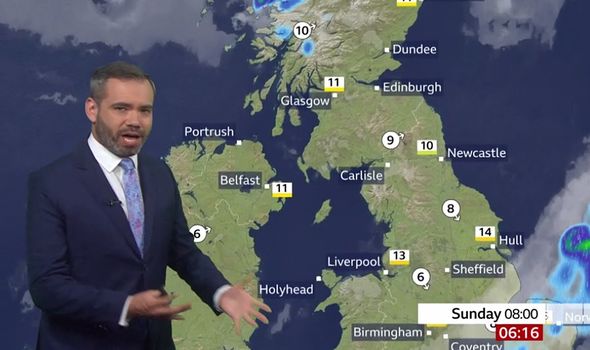 Mr Rich told viewers: “As we go through tonight, we will finally lose that weather front from the south east.

“We’re looking at dry weather and clear spells with a few showers still pushing in across Scotland.

“We’ll maybe see one or two into north west England through the night.

“It is going to be a fairly cool night as well with temperatures even in the towns and cities on the low side for the time of year.

“But out in the countryside, they’ll be well down into single digits.”